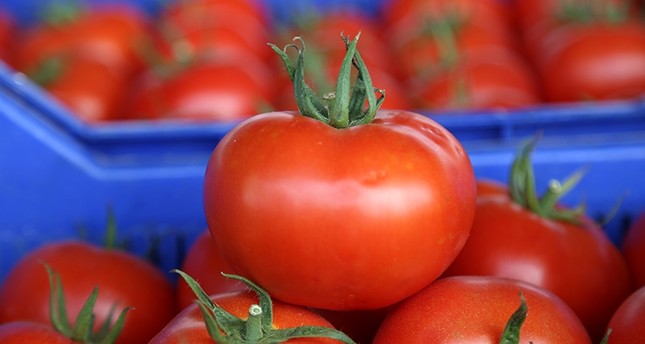 Russia will remove the import ban on several Turkish agricultural products as of September 1 and may allow tomato imports during the winter season, the Russian Agriculture Ministry announced on Thursday, marking the latest development in the normalization of the deteriorated ties between the two countries after the 2015 jet downing crisis.

Russian Agriculture Minister Alexander Tkachev said that the import ban on several products will be lifted upon inspections by the Russian Federal Service for Veterinary and Phytosanitary Surveillance (Rosselhoznadzor), which would cover zucchini, pumpkin, green pepper and lettuce imports, Russian daily Izvestia reported.

Tkachev said that the permission for Russian meat and poultry products to be allowed in the Turkish market will be given soon, saying that the lifting of the import ban should be reciprocal.

Noting that tomato imports are among the few contentious issues left between the two countries, Tkachev said that the parties are trying to settle the issue.

He added that small amounts of Turkish tomato imports may be allowed during the winter season.

Turkey, which produces 70 percent of tomato exports to Russia, faced a Russian embargo covering numerous products after the jet downing crisis between the two countries on Nov. 24, 2015.

Share on Facebook Share on Twitter
Previous in Economy The expanding economy and civil aviation operations has enabled domestic... Next in Economy Turkey and the World Bank Group have renewed their partnership with...
DAILY SABAH RECOMMENDS