Foreign shoppers account for 30 pct of sales at Istanbul malls 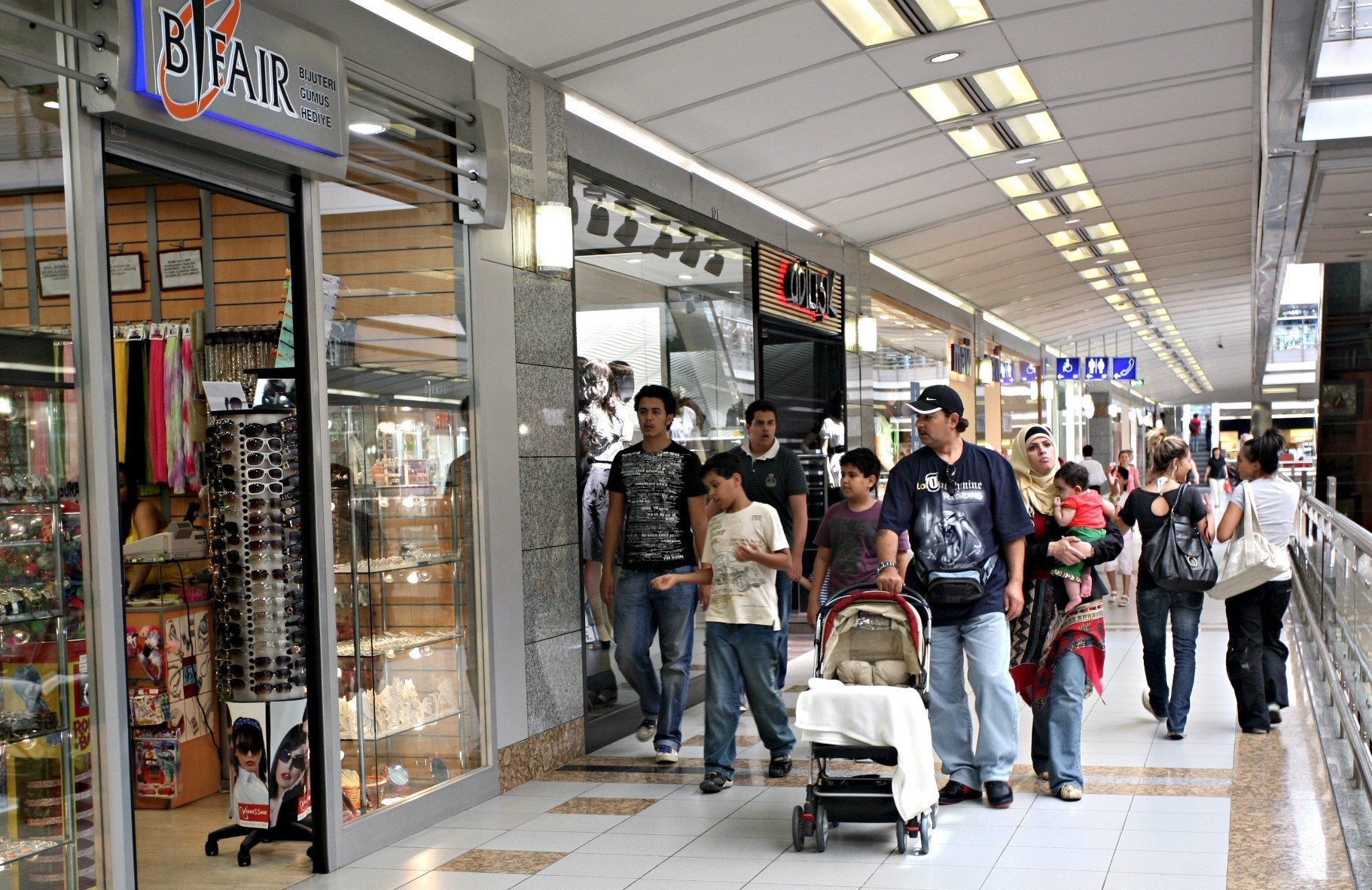 Istanbul malls are a top destination for tourists who love shopping.
by Daily Sabah with AA Sep 06, 2017 12:00 am

As foreign shoppers constitute more than 30 percent of local mall sales, sector representatives reckon that the rate would increase further in the future

He pointed out that Turkey exports around $17 billion in readymade garments annually and said that though the volume of ready-to-wear exports may not change by 2023, the revenue will likely increase.

Tanrıverdi added that projections show that sales would reach $60 billion by 2023, of which products worth $30 billion could be made in Turkey, while the rest they plan to secure from the events they carry out as an organizer.

Regarding the sales made to tourists, Tanrıverdi said that the rate would increase further in the future.

Meanwhile, the İHKİB chairman confirmed that the Mercedes-Benz Fashion Week Istanbul (MBFWI) will be held at the Zorlu Performing Arts Center on Sept. 12-15. The event will convene a buyer's group of more than 200 individuals and foreign journalists. Tanrıverdi said they will organize a small event abroad as well.

Tanrıverdi emphasized on the fact that fashion weeks were one of the best ways to showcase new local designs, but acknowledged that it was not so easy to enter the global rankings in terms of fashion weeks within a short time.

"Fashion week events are organized in more than 130 countries. We have also organized fashion weeks before but they were attended by Turkish designers only," he said.

"Some of our designers who attended these fashion weeks later joined bigger events abroad. We have set ourselves a target to become one of the top five fashion week events in the world by 2023," he added.

Tanrıverdi continued by saying that the Istanbul Fashion Week has become known around the world for the quality of work.

"It has become one of the top 10 fashion week events in the world."

Stating that Turkey wants to become a leader in the region's fashion industry, he said: "The fashion week will make a significant contribution to Istanbul's economy and promotion. On top of that a global brand like Mercedes Benz will be sponsoring the event."

He recalled that the concept of design was not quite present in Turkey at the time they started the MBFWI. He said that in the last three or four years everyone, including government officials, have taken notice of fact and many incentives have started to emerge since.

Emphasizing the importance of design, Tanrıverdi said, before only a handful of people would pursue higher education and a career in this field but Turkey has come a long way and more than 30 universities across the country today have fashion designing departments.

He thought that there should be a design oriented educational institution or university in Turkey, claiming that once the country can teak lead in designing, it can sell more value added products.

He also said that the design culture has begun to slowly settle in Turkey.

Tanrıverdi revealed that almost $50 million in sales were made during the last fashion week. He said that major Middle Eastern brands that previously sourced their products from the Far East have moved to Turkey over the last three or four years.

"In the past, when a company from Turkey would go abroad with its products, it was very difficult for them to enter a big chain store. But that is in the past now. Turkey has the right brands and they have gradually begun to take their places in the European market. This is a slow process. When we look at it, our competitors have 50 or 100-year-long history. In Turkey readymade garment branding and retailing started only in the 2000s," he said.

The İHKİB chairman said that no one should expect luxury brands from Turkey as yet, because no such demand exists and the country does not target that market. He emphasized that Turkey should aim for medium-range and accessible brands.

"As a matter of fact, the global trend is pointing out a demand for mid-range brands. In the past, textile expenditures were ranked second only to basic food expenses. But now it has fallen to eighth as it was deposed by needs like technology and transportation. People are consuming too quickly now. They want to get the cheapest while following the fashion trend. A dress in the past could be part of someone's closet for three years. But now people do not want to wear the same outfit after a season."