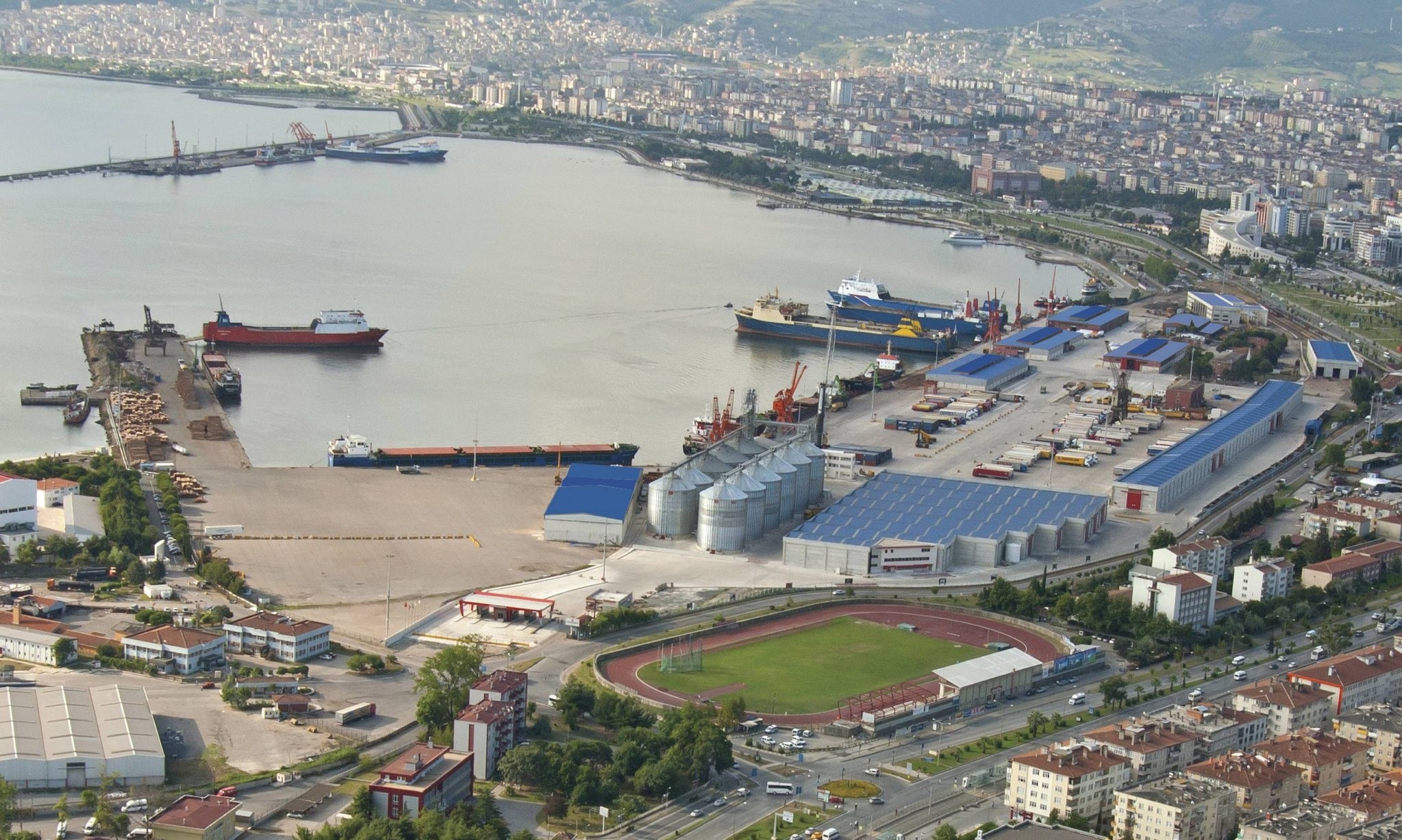 An aerial view of Samsun Port which resumed exporting Turkish goods to Russia in October 2016 after ties between Turkey and Russia started to normalize.
by Daily Sabah Sep 18, 2017 12:00 am

The normalization of ties with Russia has had a positive impact on foreign trade as Turkey's exports to the country increased by more than 50 percent in the first eight months of this year, compared to the same period of last year

In the aftermath of the jet-downing crisis of November 2015, political ties and business connections between Turkey and Russia were severely affected, with Moscow imposing restrictions on Ankara and banning the exports of certain agricultural products, revoking visa-free travel for Turkish citizens and levying restrictions on Turkish businessmen in the country. However, the reconciliation process has breathed new life into trade between the two countries.

Accordingly, Turkish exports to Russia surged by 52.5 percent during the January-August period this year to $1.6 billion, compared to the same period of last year.

According to the Turkish Exporters Assembly (TİM), exports to Russia, worth $3.7 billion in 2015, fell to $1.8 billion last year, marking a 51.4-percent decrease.

Specifically, the month of January in 2016 saw "the lowest export volume for the month in over a decade" with just $95.5 million. The total exports figure for the first eight months of 2016 reached $1 billion.

In comparison, exports to Russia during the January-August period this year have reached $1.6 billion, pointing to a gradual recovery in seasonal terms and a 52.5-percent increase on an annual basis.

Among the 27 sectors in Turkey which export products to Russia, 24 of them registered increases while only three saw their sales go down compared to the same period of the previous year. Among the three sectors which reported a drop in sales, the exports of ships and yachts fell by 99.3 percent, tobacco by 39.2 percent and olive and olive oil products fell by 15 percent.

In the meantime, the ornamental plants and products sector, which had realized very limited exports ($4,500) to Russia during the January-August period of last year, saw its market grow exponentially, reaching sales worth $105,900 this year.

In addition to ornamental plants and products, the jewelry sector registered a staggering 207.4-percent increase from last year.

In the jewelry sector, export figures of $7 million in the January-August 2016 period rose to $21.5 million during the same period of this year.

Jewelry was followed by the fresh fruits and vegetable sector with an increase of 150.4 percent. It reclaimed its biggest exporter crown with sales worth $259.3 million and was followed by chemical materials and products with $200.7 million and the automotive industry with $197.4 million in exports to Russia.

Meanwhile, a meeting in Antalya between Turkish and Russian delegations on Friday signaled that Russia may resume importing tomatoes from Turkey. Both parties cited positive developments in their statements and signed a memorandum including requests from both sides.

During the January-July period this year, Turkey's tomato exports to Russia reached $198.3 million, up from last year's $159 million. In addition, last year the amount of "symbol vegetable" exports was recorded at 322,000 tons and reached 353,000 tons in the first seven months of this year.

Ali Galip Savaşır, vice chairman of the Foreign Economic Relations Board's (DEIK) Turkey-Russia Business Council, said that the recent progress in relations with Russia and the mutual steps have reflected positively on trade. He noted that the numbers may be better but there was also a quick turn towards the previous export levels and said, "The business community is very pleased with the situation."

Referring to the rapid increase in exports for the jewelry sector, Savaşır said that this was actually a development that depended on the Russian economy, as any economic crisis would generally hit the luxury consumer market first. He claimed that some signs of improvement in the Russian economy have reflected positively on the figures.

Savaşır, however, recalled that fruit and vegetable exports to Russia had almost entirely stopped, adding that even though the lifting of the ban may give the impression of an export boom, current figures were still low compared to pre-crisis levels. However, there are still very good developments here. More positive results will come from the fruits and vegetable sector in the coming days and exports to Russia will continue to increase in every sector, he noted.