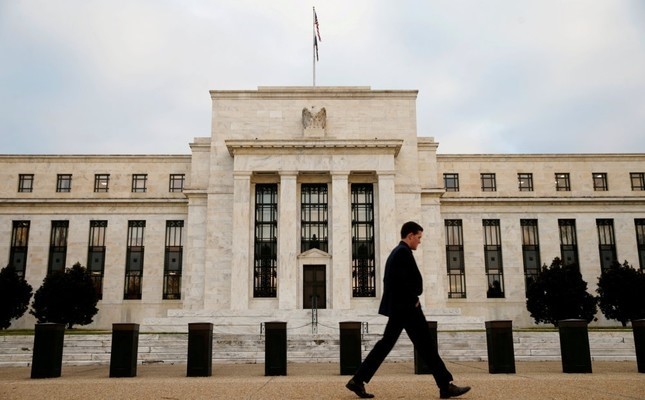 The Federal Reserve will begin shrinking the enormous portfolio of bonds it amassed after the 2008 financial crisis to try to sustain a frail economy. The move reflects a strengthened economy and could mean higher rates on mortgages and other loans over time.

The Fed announced Wednesday that it will let a small portion of its $4.5 trillion balance sheet mature without being replaced, starting in October with reductions of $10 billion a month and gradually rising over the next year to $50 billion a month.

The central bank said it's leaving its key short-term rate unchanged but hinted at one more rate hike this year if persistently low inflation rebounds. The Fed policymakers' updated economic forecasts show an expectation for three more rate hikes in 2018.

The Fed has telegraphed its move for months, and investors are thought to be prepared for it. Still, no one is quite sure how the financial markets will respond over the long run. The risk exists that investors could become spooked by the rising number of bonds being transferred back into private hands. If that were to happen, long-term rates might surge undesirably high, which could weigh on the economy.

Any damage in the markets could extend to other assets, such as stocks, which have set record highs as investors have shifted money into stocks and away from low-interest bonds. There is concern, too, that rates could climb faster if other central banks follow the Fed's lead and begin reducing their own bond holdings.

To avoid spooking investors, the Fed's plan for shrinking its balance sheet is so gradual that the total would remain above $3 trillion until late 2019. Some economists say they think the figure could end up around $2.5 trillion, still far above the $900 billion the Fed held in its portfolio in pre-crisis days.

The issue of when and how the Fed will manipulate its main policy lever — its target for short-term rates — in coming months is less clear. After leaving its benchmark rate at a record low for seven years after the 2008 crisis, the Fed has modestly raised the rate four times since December 2015 to a still-low range of 1 percent to 1.25 percent.

The Fed has felt confident to raise rates because it appears to have met one of its key mandates: Maximizing employment. The unemployment rate is just 4.4 percent, near a 16-year low. The Fed, though, has yet to achieve its other objective of stabilizing prices at a 2 percent annual rate. Inflation has remained persistently below that level. As a result, financial markets are unsure whether the Fed will raise rates again before year's end.

The CME Group's tracker of investor sentiment has put the likelihood of a rate hike by December at 56 percent.

Some economists say they think that by then, inflation will finally have begun to increase and weakness caused by the hurricane disruptions will have started to fade and that the Fed will conclude that the economy can withstand a further slight tightening of credit.

But others say that on top of chronically low inflation, the economic slowdown caused by Hurricanes Harvey and Irma could be more severe than initially forecast and cause the Fed to remain on hold for longer.

In addition to forecasting future rate hikes, analysts are trying to divine whether President Donald Trump will re-nominate Yellen to a second four-year term. Last week, Trump said of Yellen, "I like her, and I respect her" but added, "I haven't made a decision yet."

The only other potential choice for Fed chair Trump has mentioned is Gary Cohn, a former Goldman Sachs executive who leads the president's National Economic Council. But Cohn appears to have fallen out of favor after he was critical of the president's response to the violence in Charlottesville, Virginia.

With several seats on the Fed's board open or soon to be open, Trump has made just one nomination, that of Randal Quarles to be vice chairman for supervision. One vacancy about to open is the seat of Vice Chairman Stanley Fischer, who is stepping down next month.

If Trump chooses not to offer Yellen a second term — or if she declines, if asked — he would be able to name five of the Fed's seven board members in his first year in office. Those selections would afford him an unusual opportunity to impose his personal stamp on the world's most powerful central bank.

Some analysts say they think Trump may opt to retain Yellen, in part to allay concern in the financial markets about too much upheaval at the Fed.