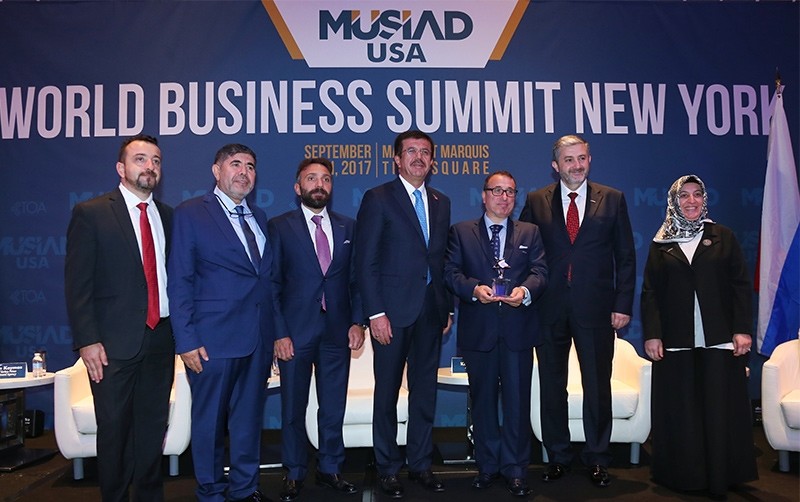 The Turkish Independent Industrialists and Businessmen Association (MÜSİAD) announced that they will expand their branches in the U.S. by opening 50 offices in 50 states by the end of 2018. The announcement was made following the World Business Summit held by the United Nations General Assembly in New York.

The summit, which was held for the first time in New York, brought together representatives from many sectors, including finance, technology, construction, media and communications and food-agriculture.

"Turkish-American commercial relations date back 187 years. Although the U.S. ranks fifth in Turkey's exports, our share in the U.S. market is only 0.003 percent and this figure is insufficient," MÜSİAD Chairman Abdurahman Kaan said, adding that they are currently working on increasing these figures. Kaan noted that by opening 50 branches in 50 states in the U.S., MÜSİAD wants to strengthen commercial relations between the two counties and take them to a higher level.

Independent Industrialists and Businessmen Association, is a non-governmental organization consisting mostly of small and medium-sized enterprises, founded by a group of Turkish businessmen on May 5, 1990.