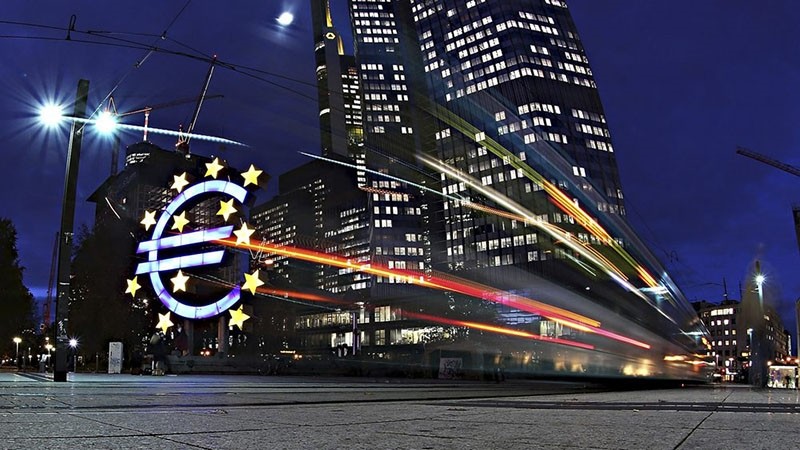 The giant Euro symbol stands illuminated outside the headquarters of the European Central Bank (ECB) on November 5, 2012 in Frankfurt am Main, Germany. (Photo by Hannelore Foerster/Getty Images)
by Compiled from Wire Services Oct 02, 2017 12:00 am

The jobless rate in the 19-country single currency area in August was 9.1 percent, the same as July and down from 9.9 percent in August 2016, the Eurostat statistics agency said in a statement.

"This remains the lowest rate recorded in the euro area since February 2009," it said.

Analysts at the data company Factset had predicted a rate of 9.1 percent.

Unemployment remained high in nations hit by the eurozone debt crisis with Greece on 21.2 percent, in June-July, the last month for which figures were available, Spain at 17.1 percent, and at 11.2 percent in Italy, and 10.7 percent in Cyprus.

In France, the rate increased to 9.8 percent in August from 9.7 percent in July.

The lowest unemployment rates were observed in the Czech Republic (2.9 percent), Germany (3.6 percent) and Malta (4.2 percent).

"This is the lowest rate recorded in the EU28 since November 2008," it added.