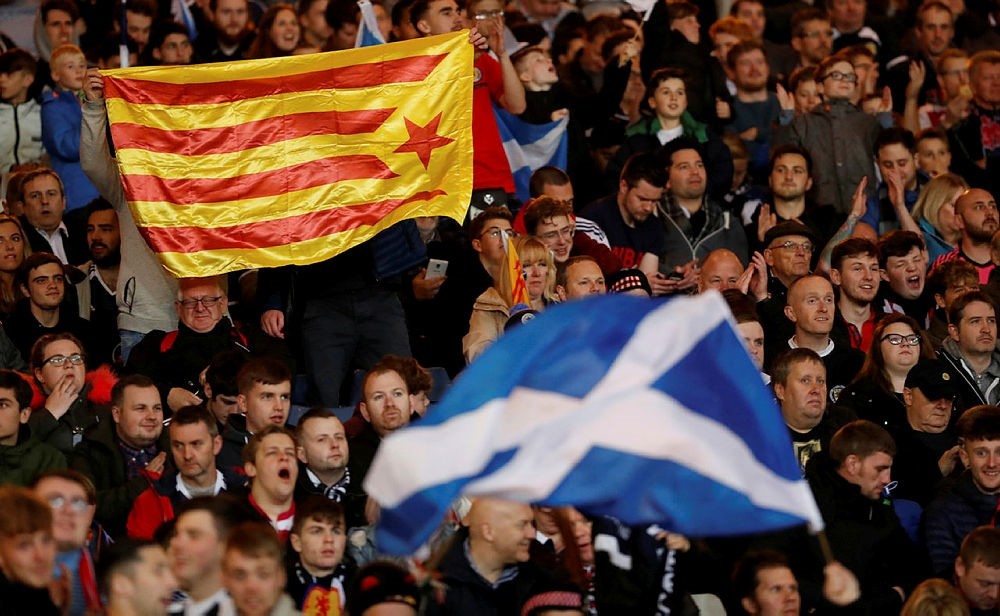 Europe's major benchmarks were set to end a tumultuous week on a slightly softer note, while Spanish bank stocks remained under pressure after Catalonia said it would defy Madrid and hold its planned parliament meeting on Monday.

The pan-European STOXX 600 dipped 0.2 percent in early trading, but remained on track for its fourth straight weekly gains.

Spain's IBEX fell back 0.6 percent after a strong rally in the previous session when investors' nerves over Catalonian independence eased.

The main Spanish benchmark was set for its worst week in two months, having sunk to its lowest level in more than six months on Wednesday as investors sold Spanish assets in the deepening political crisis.

Spanish bonds slid again on Friday as Catalonia's head of foreign affairs told the BBC the regional parliament would make a decision on independence.

Jesus Castillo, southern Europe economist at Natixis, said the situation in Catalonia would get worse before it got better, adding the crisis could hit investment in the region.

Shares in Catalonia-headquartered Caixabank and Banco Sabadell extended early losses to fall as much as 2.8 percent on Friday, after the previous session's strong rally on news they were looking to move their base out of Barcelona.

"A change of legal HQ would provide greater certainty on issues such as banking regulation and deposit insurance," said Berenberg sales traders in a note to clients.

"However a considerable amount of uncertainty remains, with both banks having large exposures to the region ... both banks risk losing customers by being perceived as Catalan, yet risk damaging relationships if they decide to relocate," they added.

Despite the Catalan crisis both stocks remain among the best-performing euro zone banks, up more than 20 percent year-to-date.

A weakening euro has supported the exporter-heavy index, and euro zone stocks were set for a sixth week of gains, holding near five-month highs.

Outside of Spain and Italy, moves were modest as investors' focus turned away from the Catalan crisis and instead to U.S. non-farm payrolls data later on Friday, with analysts expecting to see a hit from Hurricane Harvey.