Women in Turkey want to return to labor force after birth, ask for day care 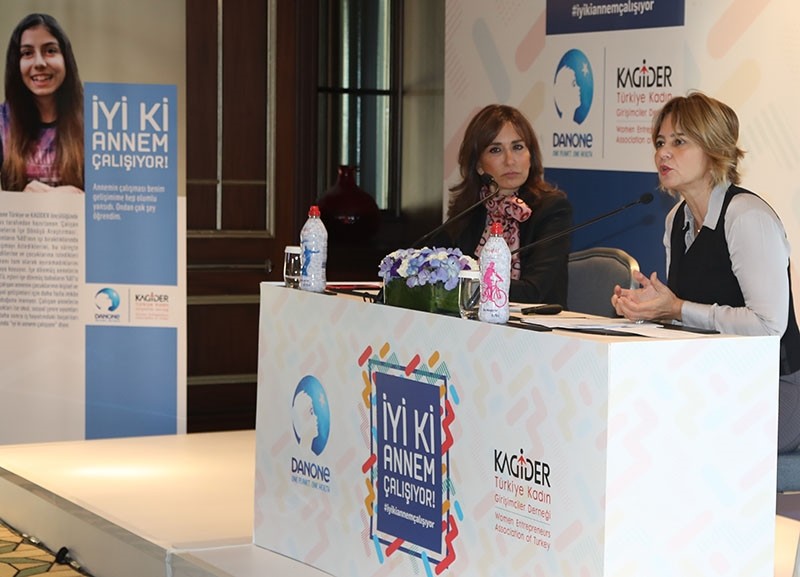 Some 60 percent of Turkish women who quit their jobs after giving birth indicated they would return to work if they found a healthy office-home balance, including day care centers for their children at work, according to a new survey.

The survey, conducted by Ipsos research company for Danone Turkey and the Women Entrepreneurs Association (KAGİDER), showed that 59 percent of women "want a day care center at the office for their children" in order to return to the workforce.

According to data from the Turkish Statistics Institute (TÜİK), 29.5 percent of women in Turkey work full time, amounting to around 8.9 million women.

Around 40 percent of the female labor leaves the workforce after giving birth, according to the survey released Wednesday.

The survey, conducted in four major cities with 583 women and their children and husbands, showed that 60 percent of women who left their job said they "missed their work."

Among the most striking results of the survey was the finding that 40 percent of women who quit their jobs after giving birth did this because they could not afford to pay for day care center services or a baby sitter.

Speaking about the survey, KAGİDER President Sanem Oktar said Turkey's national income would be 30 percent higher if there were equal participation of men and women in the labor force.

Oktar said "millions of women" could return to the labor force after children "if a few very easy steps are taken."