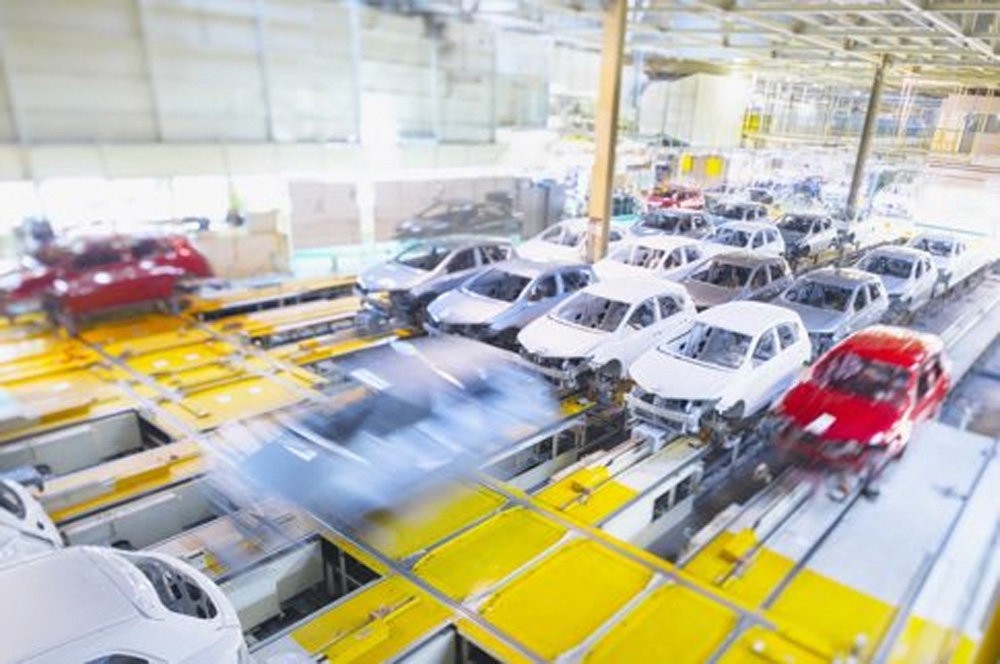 Turkish economic growth above 5 percent in the first half of the year compelled global economic institutions, investment banks and rating agencies to revise up their estimates for Turkey

The TurkIsh economy's growth rate of over 5 percent in the first two quarters of this year as a result of a series of government and real economy actor initiatives and preliminary indicators led by some international institutions and organizations to increase their growth estimates for Turkey.

Having demonstrated a strong stance against the Gülenist Terror Group (FETÖ) coup attempt on July 15 2016, terrorist attacks and fluctuations in international markets, the Turkish economy maintained growth above 5 percent in the first half of the year with the support of structural reforms.According to data released by the Turkish Statistical Institute (TurkStat), the Turkish economy, which expanded 5.2 percent from January to March, achieved a growth rate of 5.1 percent from April to June.

Some institutions and agencies that kept their growth estimates for Turkey low before the release of the growth data revised up their forecasts one by one after this performance.

The International Monetary Fund (IMF), the World Bank, Moody's and Fitch, which are closely monitored by markets with their projections for countries' economies, are among the institutions that upgraded the growth forecasts for the Turkish economy.

With a growth rate of 2.9 percent achieved despite negative developments in the Turkish economy in 2016, as well as the emergence of preliminary indicators for 2017, revisions in growth estimates came one after another.

Goldman Sachs said in a report released in September after the announcement of second quarter growth data that the Turkish economy maintained its forecast of 5 percent growth by the end of the year and that growth in the third quarter of the year could be around 7 percent with the effect of the broad-base effect.

U.S.-based credit rating agency Moody's was among the organizations that reviewed their growth estimates for Turkey.

In the June 2017 report, "Global Economic Prospects (GEP)," the World Bank increased Turkey's growth expectation for this year by 0.5 percentage points to 3.5 percent. 2018 and 2019 growth estimates were revised to 3.9 percent and 4.1 percent, respectively. The bank's growth forecasts for Turkey were 3 percent for 2017, 3.5 percent for 2018 and 3.7 percent for 2019 in the previous GEP report published in January. Turkey became the country that raised the highest expectations for growth in the report with upward revisions.

Fitch Ratings, which previously announced Turkey's growth expectations for this year and 2018 as 2.3 percent and 1.3 percent, respectively, updated its figures to 4.7 percent for this year and 4.1 percent for next year. In its statement on the revision, Fitch pointed out that the Turkish economy exceeded expectations in the first quarter of the year by catching 5 percent growth in the first quarter of the year compared to the same period last year.

Fitch revised up Turkey's growth forecast for 2017 from 4.7 percent to 5.5 percent this month after the second quarter of this year's growth was announced.

Morgan Stanley, an international financial services and investment banking firm in the United States, also announced that it raised the projected growth rate for the Turkish economy this year from 3.3 percent to 4.3 percent in September.

Meanwhile, Japanese financial institution Nomura increased Turkey's growth forecast for this year from 4.2 percent to 5.5 percent in the same period.

American investment bank JP Morgan, on the other hand, raised Turkey's forecast for 2017 from 4.6 percent to 5.3 percent, while maintaining its growth expectation for next year at 3.1 percent.

Industrial output, a vital gauge of the gross domestic production, in July and August rose 14.5 and 5.2 percent, respectively. The year-on-year increase in industrial output in the third quarter points out that growth performance is very likely to continue in the remaining half of the year.