Turkey received $200B in investments over past 15 years, eyes 2 percent of global market 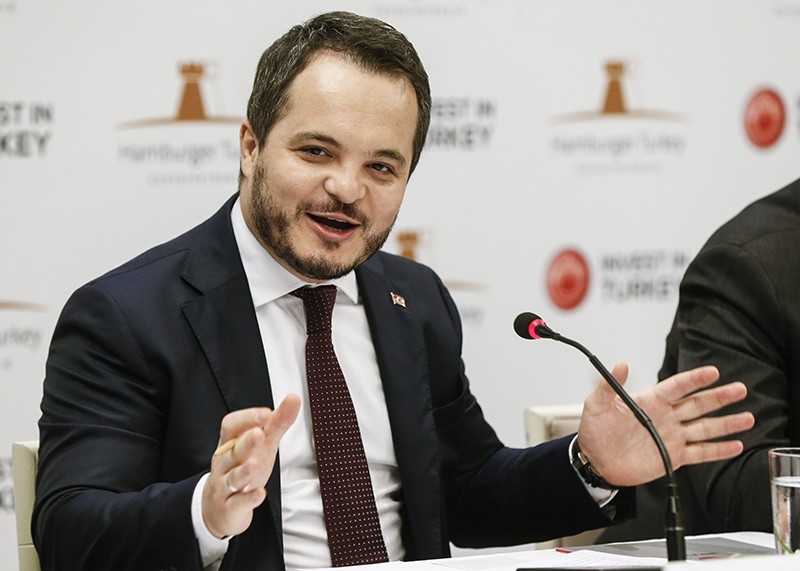 Over the past 15 years, Turkey on average attracted $13 billion of foreign investments annually, amounting to a total of $200 billion, ISPAT Chairman Ermut said, indicating that the country keeps on attracting investments from every sector

Turkey's open market policy, investor-friendly climate, deregulations, and incentives have improved the country's ability to attract foreign direct investments (FDI) since 2002, and it now aimd to increase its share above two percent of the global FDI market.

Arda Ermut, chairman of the Investment Support and Promotion Agency of Turkey (ISPAT) and World Association of Investment Promotion Agencies (WAIPA), provided specific figures regarding the inflow of foreign direct investment (FDI) in Turkey over the past 15 years and revealed that the country has received around $200 billion in investments during this period.

Speaking to Anadolu Agency (AA), Ermut said Turkey has started to attract investments from alternative regions such as East Asia and the Middle East.

He added that even though Turkey continues to attract investments in every sector, a significant portion of the funds still comes from Europe usually in the fields of finance, machinery, science, and technology. On the other hand, investments from the Middle East and Far East Asia are directed to the fields of petrochemical, energy and real estate.

"Our aim is to diversify the sources of our investments. Because when Europe was hit by the 2008 global financial crisis, investments in Turkey also took a serious hit as most of the direct investments are from Europe," Ermut said.

"So, the more we can diversify, the lower will be the impact of any global or regional crisis."

Ermut cited ease of access to regional markets, quality of senior executives and the large, young workforce as advantages for investments in Turkey.

Ermut said more than 57 percent of the $12.3 billion investments Turkey received in 2016 were secured after the treacherous coup attempt of July 15, stressing that investors' confidence in Turkey was not shaken.

In the first half of 2017, top foreign direct investors to Turkey came from Spain with $4.1 billion, followed by the Netherlands with $821 million, Qatar with $541 million, Azerbaijan with $308 million, and Belgium with $213 million.

German giant Bosch committed a $184 million investment to Turkey in July this year, followed by another multimillion dollar investment from Siemens in August.

'We hope to close this year better than last year'

Pointing out that the investors' interest in Turkey has continued to grow, Ermut said Turkey has received $200 billion over the past 15 years in investments, which is a very serious amount.

"But we have never found it enough. Therefore, our aim is to attract even more investments, especially high value-added investments."

"2016 was a difficult year, especially the first six months. Although 2017 has also been a tough year in the regional and global sense, we hope to close it in much better position than last year," he said.

The ISPAT chair added that Turkey on average has attracted $13 billion in investments annually since 2002. He said they were now aiming to exceed the $22 billion thresholds achieved back in 2007.

Ermut continued by explaining that Turkey is looking to increase its share in the global movement of foreign direct investments to more than 2 percent.

"Turkey is indispensable for Europe with regard to investments because of its high productivity rates, high production capacity, quality and production time. Turkey's strategic position is also important because it is within a four-hour flight distance from countries with more than 1.6 billion people and $24 trillion of gross domestic product," he said.

"Easy access to regional markets, high-quality manpower, senior management quality and young populations are also the reasons bringing more FDI in Turkey. When it all comes together, we have all the main elements ready for investments. Therefore, we can say confidently that Turkey is a country that cannot be ignored by foreign investors," Ermut concluded.