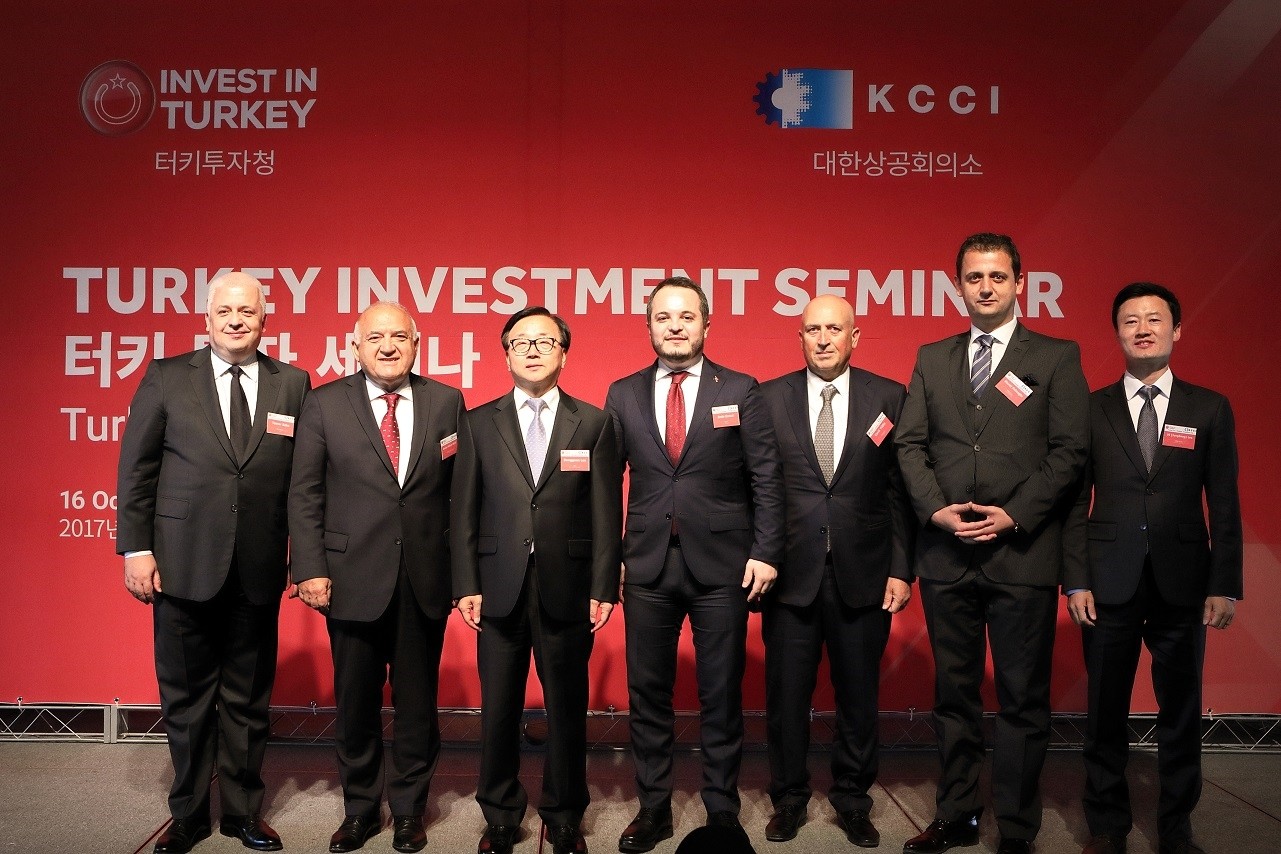 Investment Support and Promotion Agency of Turkey (ISPAT) Chairman Ermut (C) met investors in South Korea and China during investment seminars in the countries from Oct. 16 to 20.
by Daily Sabah Oct 21, 2017 12:00 am

"In accordance with the international relations vision of President Recep Tayyip Erdoğan and of our government, Turkey needs to make more investments in Far Eastern countries to keep itself more powerful against global shocks and perception operations by diversifying its partnerships and resources in the region," ISPAT President Ermut said.

Ermut affirmed that Far Eastern countries continue to be an important source of foreign direct investment for Turkey and that is why ISPAT continues its tradition of Far Eastern investment tours the agency organizes every year.

As the president of Turkey's investment agency, Ermut said the ISPAT delegation had the chance to observe the keen interest in Fa

r Eastern countries to invest in Turkey during the seminars and meetings. Over the last 10 years, the amount of Chinese investments in Turkey totaled $2 billion, Ermut said, noting that Turkey attracted around $1.9 billion in investments from South Korea from 2007 to 2016.

"Based on our exchange, I can easily say that Turkey continues to be an important center of attraction for Chinese and South Korean investors," he said.

Drawing attention to the timing of their visit to China, Ermut said that it coincided with Chinese President Xi Jinping holding the five-year national congress of the China Communist Party, during which Xi relayed significant messages about the Chinese economy.

"President Xi highlighted that China's overseas investments will increase as the country vowed to continue globalization and encourage investments. The country will pay particular attention to globalization as part of the Belt and Road initiative, to which Turkey is also a part," Ermut said, and added that ISPAT meetings in China observed this as well.

He also said that investments will come from China and South Korea in many sectors in the future.

TURKEY: A STRATEGIC INVESTMENT BASE

The seminar "Turkey: A Strategic Investment Base" was organized by the Investment Support and Promotion Agency of Turkey (ISPAT) in Seoul from Oct. 16 to Oct. 18, with support from the Korea Chamber of Commerce and Industry (KCCI) to improve trade and economic relations between Turkey and South Korea.

The seminar, which included discussion about investment opportunities in Turkey, was attended by 120 senior executives from leading companies in South Korea. At the same time, a panel, "Investment in Turkey," was held at the World Knowledge Forum, which was organized for the 18th time this year, and was attended by former United Nations Secretary-General Ban Ki-Moon, former French President François Hollande and former U.S. Secretary of State Hillary Clinton.

A memorandum of understanding was signed between the ISPAT and Shanghai Investment Agency after the seminar, which was attended by representatives from nearly 100 companies that operate in sectors such as automotive, chemical and petrochemical, energy, electronics, machinery and information, and one of China's largest companies. Ermut and the delegation also paid a visit to ZTE and Huawei's R&D centers, which have major investments in Turkey.