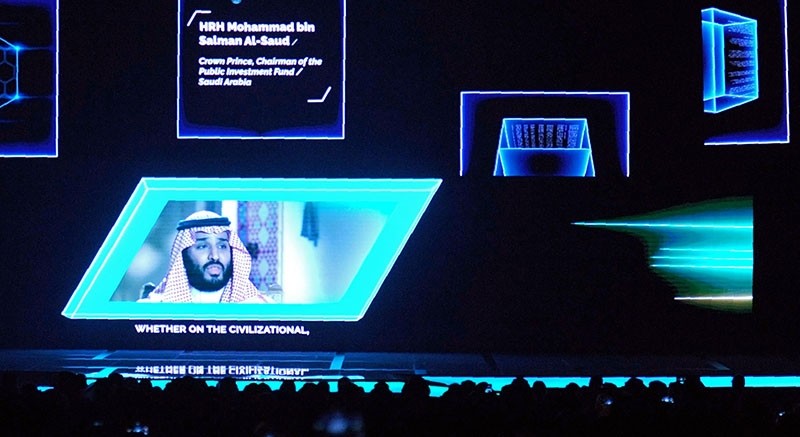 Saudi Arabia announced on Tuesday a $500 billion plan to build a business and industrial zone that links with Jordan and Egypt, the biggest effort yet to free the kingdom from dependence on oil exports.

The announcement came as an international business conference got under way in Riyadh, drawing over 3,500 people from 88 countries.

Saudi Arabia's economy, though rich, has struggled to overcome low oil prices. Prince Mohammed has launched a series of economic and social reforms -- such as allowing women to drive -- to modernize the kingdom.

Officials hope a privatization program, including the sale of 5 percent of oil giant Saudi Aramco, will raise $300 billion. Riyadh is cutting red tape and removing barriers to investment; on Sunday, it said it would let strategic foreign investors own more than 10 percent of listed Saudi companies.

NEOM could be a major focus of new investment. The Saudi government, the PIF and local and international investors are expected to put more than half a trillion dollars into it in coming years, Prince Mohammed said.

Adjacent to the Red Sea and the Gulf of Aqaba and near maritime trade routes that use the Suez Canal, the zone will serve as a gateway to the proposed King Salman Bridge, which will link Egypt and Saudi Arabia, the PIF said.

"NEOM is situated on one of the world's most prominent economic arteries ... Its strategic location will also facilitate the zone's rapid emergence as a global hub that connects Asia, Europe and Africa."

There was no immediate comment on the plan from Jordan and Egypt, which are close allies of Saudi Arabia. Riyadh said it was already in contact with potential investors and would complete the project's first phase by 2025.

Saudi Arabia will need huge financial and technical resources to build NEOM on the scale it envisages. Past experience suggests this may be difficult.

Bureaucracy has slowed many Saudi development plans, and private investors are cautious about getting involved in state projects, partly because of an uncertain legal environment.

The zone, which will have its own tax and labor laws and an autonomous judicial system, is to power itself solely with wind power and solar energy, PIF said - a goal which may be hard to achieve in practice.

But the project underlines Prince Mohammed's ambition to rescue the economy from severe damage caused by low oil prices. NEOM will reduce the volume of money leaking out of Saudi Arabia by expanding limited local investment options, the PIF said.

A key source of future investment funds for the PIF, which now has about $230 billion of assets under management, is the government's planned sale of a roughly 5 percent stake in national oil giant Saudi Aramco, which could raise tens of billions of dollars.

PIF managing director Yasir al-Rumayyan told the conference that Saudi Arabia was still on track to conduct an initial public offer of Aramco shares in 2018, but did not say on which stock markets the company would be listed.

Aramco CEO Amin Nasser told reporters that in addition to Riyadh, possible foreign listings in markets such as New York, London, Tokyo and Hong Kong had been looked at, and a decision still had to be made.