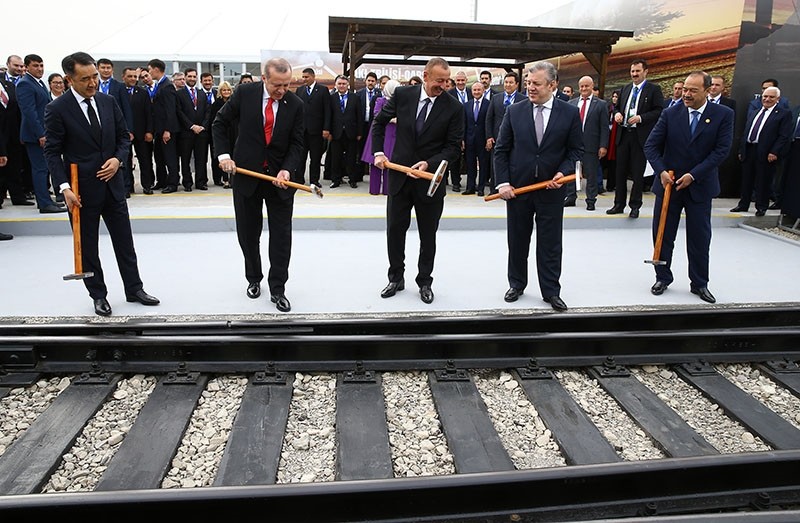 The Baku-Tbilisi-Kars (BTK) Railway, a key link in the modern Silk Road Railway that aspires to carry goods between China and Europe, opened Monday. 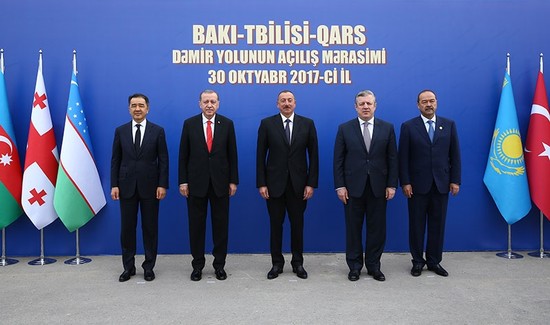 Speaking at the inauguration ceremony, Erdoğan stressed the BTK line's importance for the region and other neighboring countries.

He said in addition to yielding economic benefits for Turkey, Azerbaijan, Georgia and other countries in the region, the railway will also ensure peace, security, stability, and prosperity, boosting overall human development.

He said that the project marks a very important milestone in regional cooperation and its future.

"We are taking a very important step for our future," Erdoğan said, and added that the benefits of the project will be felt long into the coming future.

"We are witnessing the operationalization of an important chain in the New Silk Road, which aims to connect Asia, Africa, and Europe. The BTK railway line constitutes the most important part of the Middle Corridor project. Now, direct railway connection from Beijing to London has been established," Erdoğan said.

"The project is the work of our joint determination and vision and it is our joint success." 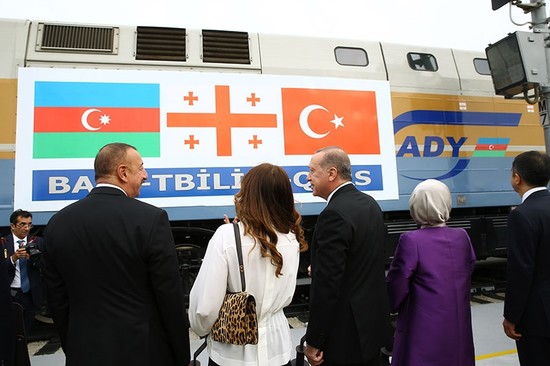 He also drew attention to the region's geopolitical significance as well as its potential in various sectors including transportation, trade, tourism, and energy.

Erdoğan added that Turkey has been working relentlessly over the last 15 years to unlock that potential and has developed numerous projects in order to do so.

Pointing out how Turkey's infrastructure and transportation projects were complementary to the BTK, Erdoğan mentioned the Marmaray, which became operational on Oct. 29, 2013; Turkey's high-speed railway network; the renovation of the country's existing railways; and the Yavuz Sultan Selim Bridge, which has a rail line. 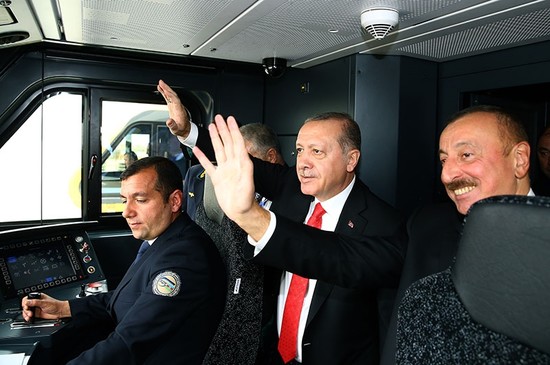 The significance of the project lies in its ability to offer the most cost-effective transportation for the logistics sector that seeks a more economical way of delivering goods to target markets.

"Chinese freight will be delivered to European Union countries within 12 to 15 days via the BTK railway through the Middle Corridor," Erdoğan said.

In his speech, the president also said that currently around 240 million tons of freight is shipped from China to Europe.

"Carrying even 10 percent of this amount through our countries will bring an extra 24 million tons of freight transportation."

The president concluded: "In addition to facilitating human and freight mobility, the BTK Railway will contribute to the human development of our region through information mobility." 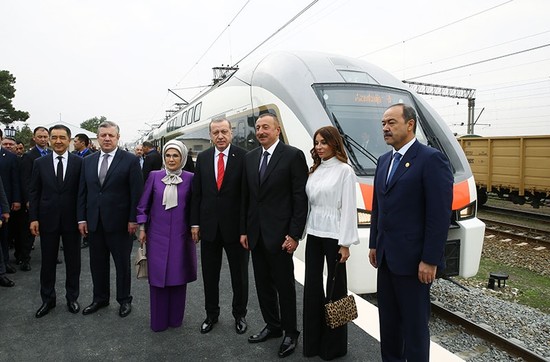 Also speaking at the ceremony, Azerbaijani President İlham Aliyev said the railway project was the result of the brotherhood between the three countries involved.

"Some people said the project was impossible, but the three countries have proved that it is possible. The Baku-Tbilisi-Kars is a historic, global project. It will bring [our] countries closer," Aliyev said.

Georgian Prime Minister Kvirikashvili said the project was a bridge between Asia and Europe.

"This line will both tie economies and people together," he said. 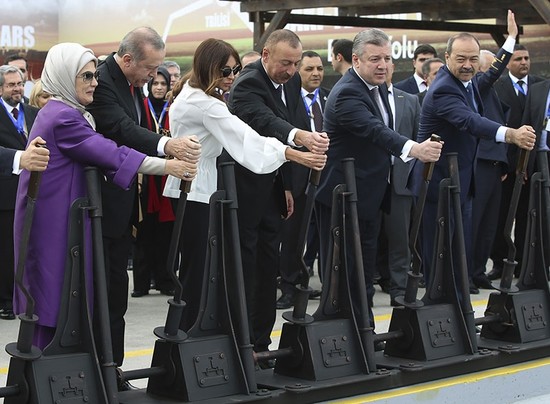 The BTK Railway will also connect Turkmenistan via the port of Turkmenbashi and Kazakhstan through the Aktau port to continental Europe.

Within the scope of the project, the link between Turkey and Georgia is enabled using a border tunnel, of which some 2,375 meters lay in Turkey and 2,070 meters are on the Georgian side.

Thanks to the new railway network, linking the Middle East to Europe via the Marmaray, and transportation between Turkey and Asia, the Caucasus and European countries will be easier.

Some 1 million passengers and 6.5 million tons of cargo will be transported with the activation of the line. This will likely lead to the emergence of a potential for international transport, reaching 50 million tons per year between Turkey and Asia, and the Caucasus and European countries via the BTK line.