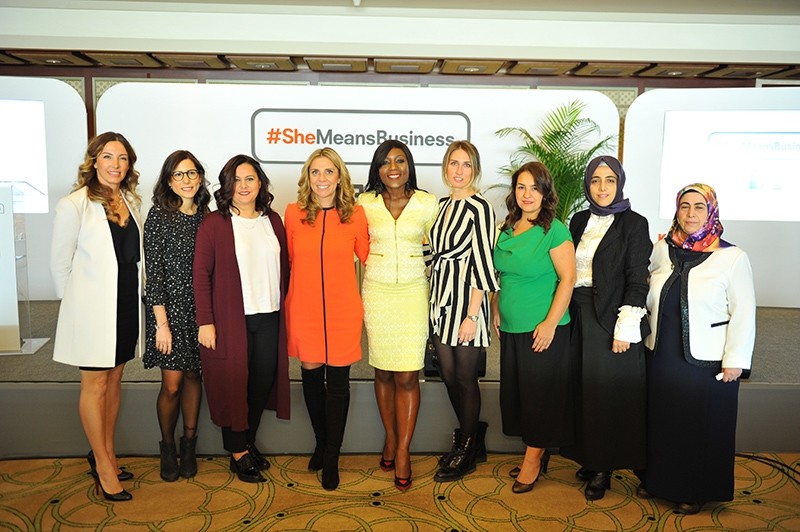 Union of Chambers and Commodity Exchanges of Turkey (TOBB) and Facebook will launch a training program for female entrepreneurs as part of the social media giant's #SheMeansBusiness global project.

Starting next year, the project aims to teach 5,000 women in 10 different cities how to expand their businesses using Facebook and Instagram, as well as to inspire women who want to start their business with the help of successful female entrepreneurs.

Vice-President for Europe, the Middle East and Africa for Facebook, Nicola Mendelsohn stressed that having a rich community of over 75 million people who monthly use Facebook and Instagram in Turkey was a precious advantage for women to achieve their dreams, adding that "when women get stronger, economy gets stronger."

The TOBB chief highlighted that due to the young population's active use of technology, Turkey would comply with the digital age easier than most of the countries.

"Women, who don't participate in [Turkey's] economic life enough, can now come to the forefront thanks to the digital technology," Hisarcıklıoğlu added.

#SheMeansBusiness is a Facebook-led project that aims to deliver resources to help women build and run businesses around the globe.