Turkey to boost use of national currencies in trade with neighboring countries: economy min. 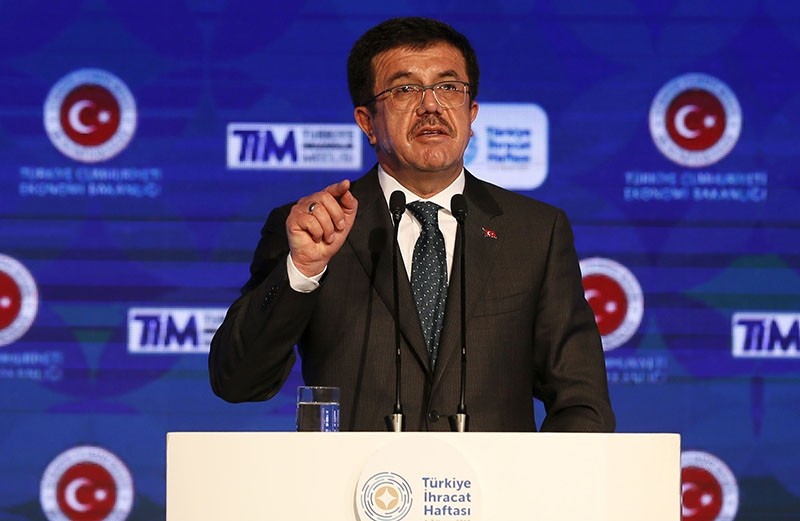 Turkey aims to boost the use of local currencies in trade relations with neighboring countries, to make sure that the country can independently carry out business using the Turkish lira and protect it from rate fluctuations, Economy Minister Nihat Zeybekci said Thursday.

The minister told Anadolu Agency that the use of the Turkish Lira in the country's foreign trade volume has reached 15 percent, but noted that this figure is around 6 to 7 percent when gold trade is excluded.

"This benefits everyone, including Russia, Iran, Turkey, China and Japan" he said.

Zeybekci also emphasized the growing development of electronic trade, underlining the importance and prevalence of e-commerce.

He noted that 12 percent of trade occurs electronically in developed countries, whereas in developing countries it is only around 6 to 7 percent. He warned that since each year this rate increases by 15 percent, and the entire trading system will completely change within the next five years, it is imperative that Turkey starts trading with national capital now.