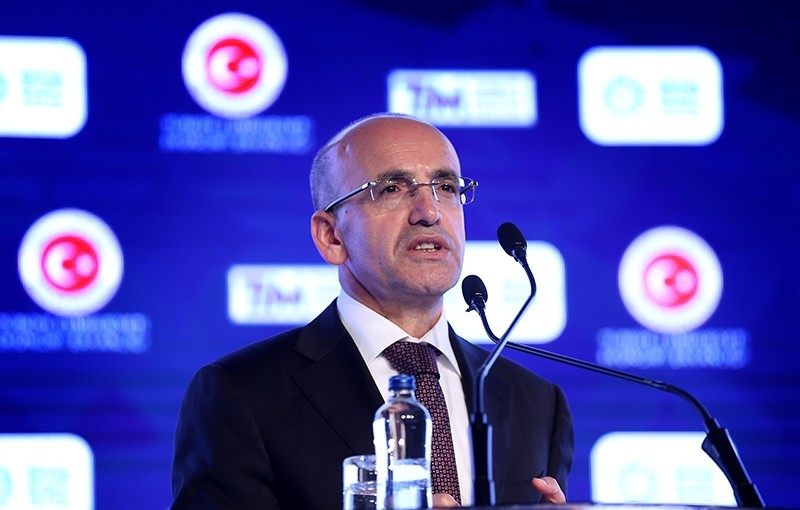 Turkey and the European Union are set to discuss bilateral economic relations at a transportation and energy summit scheduled for Dec. 7-8, Deputy Prime Minister in charge of economy Mehmet Şimşek said Friday.

Speaking at the Turkey Export Week 2017, organized by the Turkish Exporters Assembly (TİM), Şimşek said, "The renewal of the customs union agreement will be the most important issue [discussed during the meeting]."

Turkey prefers an outward-oriented model and has recently signed free trade agreements with a number of countries, Şimşek said, adding that the issue of updating the customs union with the EU was already a demand of local exporters and that work was being carried out in this regard.

"We will hold a transportation and energy summit with the EU within the next one-and-a-half months and hold a high-level economy dialogue on Dec. 7-8. We will discuss our economic relations in detail along with the private sector related to the upcoming period at the meeting. The update of the customs union is one of the most important issues," he said.

The minister added that the upward trend in economic growth in the eurozone, Turkey's main trading partner, and the recovery in global trade volume was good news for the country.

"Europe is our main market. Our second-biggest markets are the Middle East and North Africa. However, we should also focus on the developing countries that are gaining ground," Şimsek added.

He urged exporters to concentrate on countries like China, India, Brazil, Russia, Mexico and Indonesia.

As the only non-EU member country that has had a customs union agreement with the EU since 1996, Turkey has been one of the largest trade partners of the union with an export value of 66.7 billion euros and an import value of 78 billion euros in 2016 in goods alone.

As for services, Turkish exports to the EU totaled 16.4 billion euros and imports of services stood at 12.2 billion euros, according to the European Commission (EC). Among the EU states, Germany has been the top destination for Turkish goods for quite a while.

In its Dec. 21, 2016 assessment, the commission proposed the modernization of the current deal, which only covers a limited range of industrial products, and excludes agriculture, public procurement, and services.

Highlighting that the upgrade of the Turkey-EU trade relations forms an essential part of the efforts being made by Turkey and the EU to deepen their relations in key areas of common interest, the commission reiterated its resolution to continue delivering on the commitments it made as part of the deal with Ankara.

"Modernizing the customs union to reflect current EU-Turkey trade relations would bring substantial economic benefits for both partners," the commission said in its proposal.