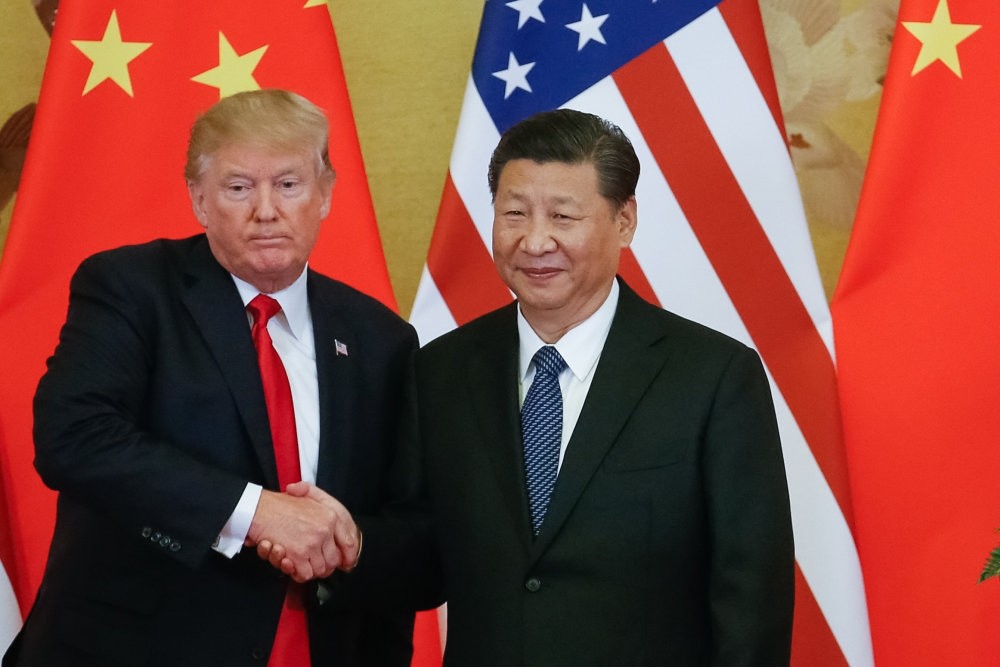 The leaders of the U.S. and China laid out sharply divergent visions for the future of global trade on Friday, with Xi defending globalization and Trump lavishing Asia-Pacific countries for undercutting the U.S. economy

Asia-Pacific nations must "uphold multilateralism", Chinese President Xi Jinping said on Friday, countering U.S. President Donald Trump's message at a summit that the United States would stay out of trade deals that surrender its sovereignty.

Globalization is an irreversible trend, but the world must work to make it more balanced and inclusive, Xi told leaders gathered in the Vietnamese resort city of Danang for the Asia Pacific Economic Cooperation (APEC) meeting.

His comments came moments after Trump told the same audience the United States would not tolerate chronic trade abuses from partners.

"Should we steer economic globalization, or should we dither and stall in the face of challenge? Should we jointly advance regional cooperation or should we go our separate ways?" Xi asked.

"Openness brings progress, while self-seclusion leaves one behind," he said.

During the past year, Xi has positioned China as a defender of globalisation in speeches around the world, contrasting himself with Trump, who has pursued his "America First" agenda, and pulled the United States out of the regional Trans-Pacific Partnership (TPP) trade deal.

Trump's predecessor saw the deal as a way for the United States, and not China, to write Asia's trade rules.

Having just concluded a state visit to China, Trump said the United States was ready to make a bilateral deal with any country in the Indo-Pacific region, but only on the basis of "mutual respect and mutual benefit".

He blasted the World Trade Organization and multilateral trade deals, and some analysts expect tougher action may be imminent from the White House to fight bilateral trade imbalances with China exacerbated by Beijing's state-led economic model.

But Xi's efforts to seize the mantle of free trade have rung hollow to critics of China, who argue it erects more market barriers to foreign companies, using state-driven industrial plans, than any major economy.

In Danang, Xi said China would "significantly ease market access" for foreign firms, and all businesses registered in China would be treated as equals.

Soon after Trump left Beijing, China said it would raise foreign ownership limits in financial firms, a move cautiously welcomed by business groups as an important step in opening up a tantalizing multi-trillion-dollar financial services market. The 11 countries still party to the TPP have been looking for a way forward for the deal on the sidelines of the APEC meeting. Japan had lobbied hard to proceed with the pact that could also help to contain China's growing regional dominance, as it is not involved.

Xi has been selling an alternate vision for regional trade by promoting the Beijing-backed Regional Comprehensive Economic Partnership (RCEP), which includes Australia, India and more than a dozen other countries, but not the United States. The RCEP is seen as an alternate to the TPP for a path to the broader Free Trade Area of the Asia-Pacific (FTAAP) that APEC aspires to.

"We should support the multilateral trading system and practice open regionalism, to allow developing members to benefit more from international trade and investment," Xi said.

China will speed up negotiations with partners on free trade pacts, and work for the speedy conclusion of RCEP talks, he added.