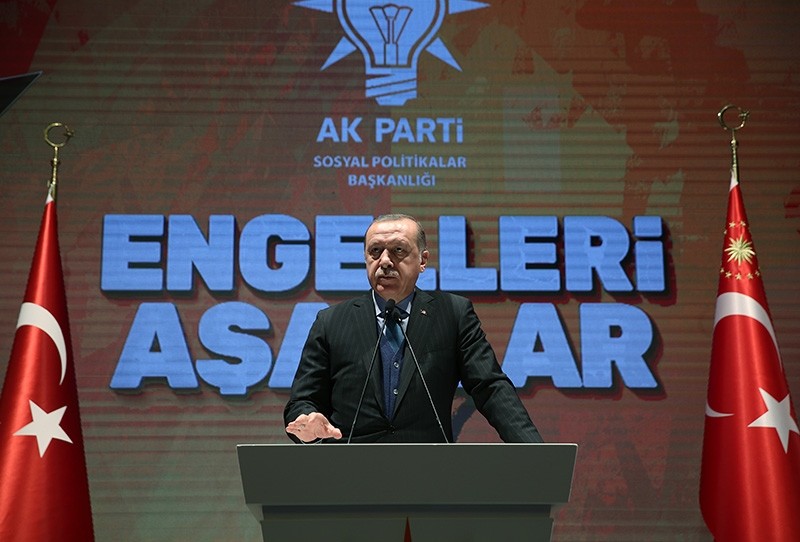 Turkey is an open market economy interested in foreign and domestic investments at home and abroad, President Recep Tayyip Erdoğan said on Monday, adding no capital controls will be put in place.

"We have nothing to say against anyone who transfers resources abroad for investment purposes, or who is seeking export opportunities, or engaged in trade activities," Erdoğan told a conference in the capital.

"What I am talking about is that our businessmen should show a patriotic stance at a time when there are attempts to put our country under economic pressure in addition to other attacks," he said.

The president said those, who had links to the PKK and the Gülenist Terror Group (FETÖ) and transferred their money and national resources abroad were "traitors."

Erdoğan's comments come following his remarks on Sunday when he warned businessmen against moving their assets abroad, calling it a "treacherous" attempt.

"I am getting some news that some businessmen are trying to move their assets abroad. I am calling on the Cabinet to never allow such a move. Because this is treason," Erdoğan said without giving any names or other details.

He added that Turkey was a strong country that could take the necessary stand to protect its independence and national interests, no matter the circumstances.

The president insisted that he was keen to continue to integrate the country into the global economy and that his previous remarks referred only to supporters of designated terror groups.

"We are proud when we see our businessmen's investments in the countries which we visit," Erdoğan said.

Addressing reporters shortly after Erdoğan, Deputy Prime Minister and Government Spokesperson Bekir Bozdağ underscored that Turkey will not impose any restrictions on capital movements abroad and the country will continue to operate on a free market economy.

In a press conference after Cabinet meeting, Bozdağ noted that citizens are free to conduct money transfers abroad for investment purposes.

"Turkey has never introduced and will never put any restrictions on the movement of capital. The president has given no direction for such restrictions," he said.

At the same time, he also drew attention to the fact that the Turkish economy operates on a free market basis and therefore, Turkish citizens and foreign investors have the liberty of make investments anywhere they choose.