Global economy is growing at 3 percent, best since 2011, says UN 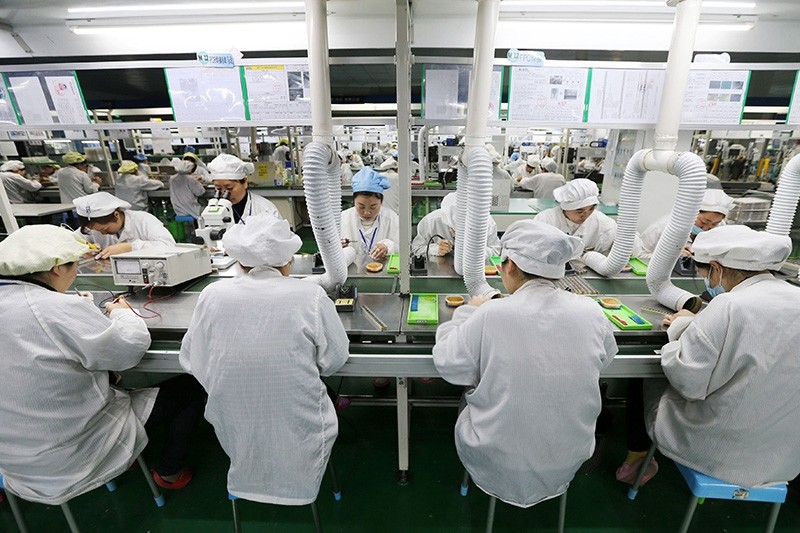 The global economy is growing by about 3 percent — its highest rate since 2011 and a significant acceleration from last year, the United Nations said Monday.

In its annual economic report and forecast, the U.N. said the upturn stems predominantly from faster growth in all major developed economies, with east and south Asia remaining "the world's most dynamic regions."

Compared to 2016, when global growth was just 2.4 percent, "growth strengthened in almost two-thirds of countries worldwide in 2017," the report said.

Liu Zhenim, the U.N. undersecretary-general for economic and social affairs, called the rise "a welcome sign of a healthier economy." But he warned that growth "may come at an environmental cost."

The "World Economic Situation and Prospects 2018" report said the economic upturn should now focus governments on longer-term issues, including tackling climate change and the growing inequality between rich and poor.

"The frequency of weather-related shocks continues to increase, highlighting the urgent need to build resilience against climate change and contain the pace of environmental degradation," the report said, adding that stronger GDP growth is likely to result in higher levels of global-warming carbon emissions.

"Developing economies remain the main drivers of global growth," the report said. "In 2017, east and south Asia accounted for nearly half of global growth, as both regions continue to expand at a rapid pace."

"The Chinese economy alone contributed about one-third of global growth during the year," it said.

The report said improvements in Argentina, Brazil, Nigeria and Russia as they emerge from recession "also explain roughly a third of the rise in the rate of global growth between 2016 and 2017."

But the U.N. stressed that economic gains remain unevenly distributed within countries and across regions, "and many parts of world have yet to regain a healthy rate of growth."

Many commodity exporting countries are facing economic challenges, the report said. From 2017 to 2019, it said, "further setbacks or negligible growth in per capita GDP is anticipated in central, southern and west Africa, western Asia and Latin America and the Caribbean." The U.N. said these regions are home to 275 million people living "in extreme poverty."

The report underscored the importance of addressing the longer-term issues that hold back economic development so that all countries can reach the 2030 U.N. goal of eliminating extreme poverty.

"Failure to address these issues may leave a quarter of the population of Africa in extreme poverty by 2030," it warned.

As for the United States, the report said following an estimated growth of 2.2 percent in 2017, America's economy is forecast to expand at a steady pace of 2.1 percent in both 2018 and 2019.

"This marks a significant improvement compared to the 1.5 percent growth recorded in 2016," it said. "The acceleration largely stems from shifting dynamics in business investment and, to a lesser extent, net trade."