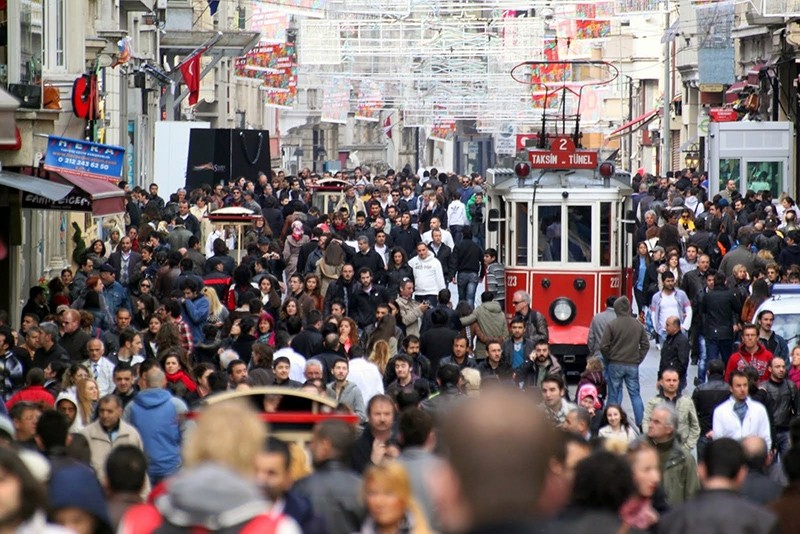 The number of people employed increased in September by 1,233 million to reach 28,797 million people on a year-on-year basis, while the number of the unemployed decreased by 104,000 people to reach 3,419 million.

The employment rate increased by 1.1 percent to 47.9 percent, TurkStat said in the statement.

The number of women participating in the workforce climbed 1 percentage point from the previous year to 34.5 percent. The rate was the same as August, according to TurkStat.

KapitalFX Analyst Enver Erkan said Turkey threw caution to the wind on whether this would turn into a trend of lower unemployment rates.

"Unemployment in the youth population still remains at 20 percent. We see some decline in seasonally adjusted indicators, but it must show a larger decline with these GDP growth numbers," Erkan said. He noted the government expects a 10.8 percent unemployment rate for this year and 10.5 for 2018. "This means single digit is not expected yet," he said, adding: "Economic growth is way high, it is not possible to reveal productivity growth, so the unemployment rate will decline very slowly in the next three to four years."

The fall came after Turkey's gross domestic product (GDP) grew by 11.1 percent in the three months up until Sept. 30 when compared to the same period last year, beating the expectations of the world's leading economists.