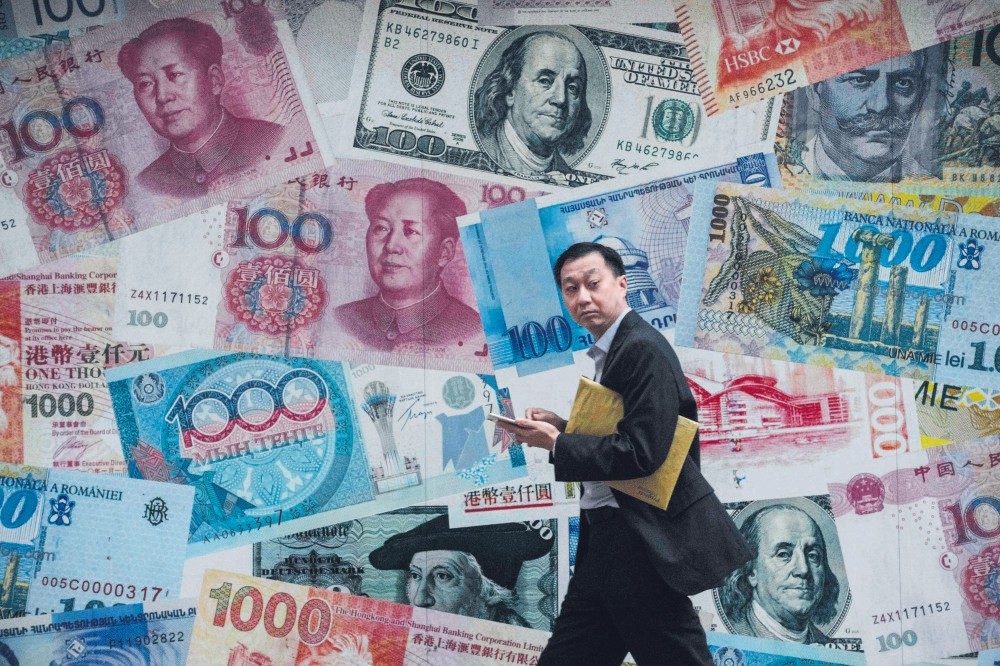 Debts of private companies across the world are considered a risk for the global economy even with steady growth and on-check inflation.
by Dec 19, 2017 12:00 am

The global economy is enjoying steady gains thanks to the expansion of emerging and developed economies with inflation on balance, yet the risk of the mounting debt of private firms looms over markets

The global economy is enjoying a Goldilocks moment, with growth and inflation neither too hot nor too cold.

But a decade after the collapse of the U.S. subprime mortgage market triggered a global crisis; there are warnings that debt is becoming a big risk, lurking in the next room like the scary bears in the children's tale.

The outlook for the global economy appears bright for the moment thanks to steady growth in the world's major economies, in stark contrast to reigning pessimism only a year ago when Britain's Brexit vote and Donald Trump's protectionist policies weighed on sentiment.

The U.S. economy is purring along in the longest cycle of expansion in its history and China, the locomotive of global growth in recent decades, is on track to deliver more.

Meanwhile the eurozone is finally expanding at a reasonable pace after years of anemic performance and emerging nations like Brazil are expected to rebound from recession.

"The crisis which struck our continent... is behind us and this growth gives us reason to believe it is sustainable," the EU's economic affairs commissioner Pierre Moscovici said recently.

The International Monetary Fund (IMF) and the Organization for Economic Cooperation and Development (OECD) expect the global economy to grow by 3.7 percent in 2018 and their forecasts are infused with an optimism unseen in over a decade. But that doesn't mean that governments should be complacent, they caution. IMF Chief Christine Lagarde has taken to quoting U.S. President John F. Kennedy to impress upon governments that they need to address potential problems now.

"Pleasant as it may be to bask in the warmth of recovery... the time to repair the roof is when the sun is shining," Kennedy advised lawmakers as the U.S. economy recovered from recession, she reminded listeners in an October speech.

Risks this time could stem from private firms succumbing to unsustainable debt.

The IMF, OECD and economists have pointed to the rising gearing of companies which, having bulked up on borrowing amid ultra-low interest rate policies meant to fuel economic recovery, now face the prospect of rising interest rates.

So-called "zombie firms" are in the frontline of risk.

Ultra-low interest rates have allowed companies with little or no profits to continue operating by lowering their costs, making them the "walking dead" of the corporate world.

But as interest rates tighten, a move already underway in the United States and likely to happen in the eurozone within a couple of years, the cost of servicing loans could quickly exceed profits, forcing them to restructure or close.

A wave of failures and defaults on bonds could then quickly pull the rug out from under the global economy.

"It's a serious subject," said one debt specialist on condition of anonymity. "The indebtedness of companies in certain emerging countries has become massive and some of them are over-indebted and will have problems making repayments when interest rates rise."

"When one of those companies is systemic, the country will be forced to bail it out to rescue it, transforming private debt into public debt," in what would be a grim echo of the global financial crisis when the US rescued insurer AIG, and Ireland and Spain saved their banks.

This time, China is in the spotlight.

The IMF warned earlier this month that dozens of crucial lenders in China needed to beef up their defenses against any fallout from failing zombie firms.

China has largely relied on debt-fueled investment and exports to drive its tremendous economic growth, and in some cases local banks have faced pressure to lend to politically important companies as local governments aim to maintain high employment even if that means cash-bleeding enterprises continue to operate. Gurria voiced confidence that Chinese authorities will be able to handle the problem.

"Yes, it's a concern," he acknowledged. "Yes it has been identified and given the capacities of the Chinese regulators and the authorities to act fast on these issues, we believe it will not be out of control," he said.

Some economists are also beginning to wonder whether virtual currencies could contribute to a future crisis.

The value of bitcoin has soared this year from under $1,000 in January to over $18,500 in December as the cryptocurrency made a major step towards inclusion in regular financial markets when bitcoin futures began to trade on the Chicago board options exchange.

Experts have warned bitcoin's spectacular rise shows all the signs of being a speculative bubble. And many traders are buying bitcoin on margin, meaning that they are borrowing and could face ruinous losses if the bubble bursts.

"What is dangerous is this combination of a bubble with borrowing," said economist Agnès Benassy-Quere.

"I don't believe the bitcoin phenomenon has the magnitude to destabilize the markets, but the same was said with subprimes," she said. The freezing up of the subprime mortgage market in the United States triggered the global economic crisis a decade ago.