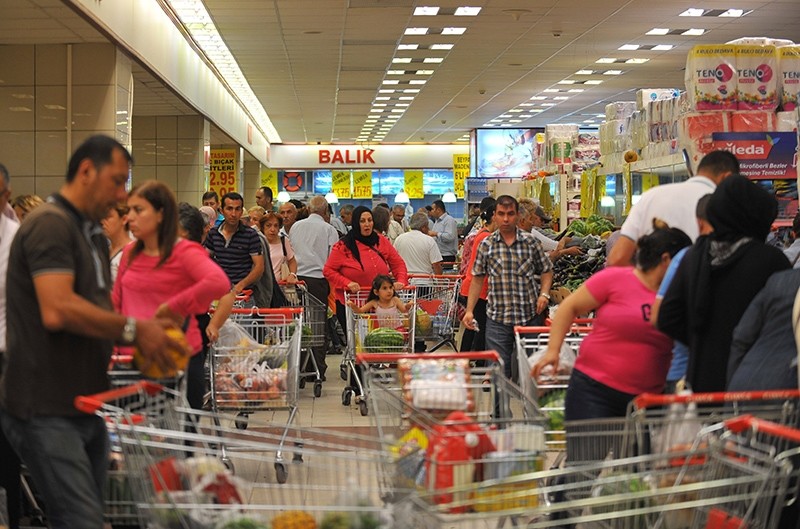 The index declined to 65.1 in December from 65.2 in November, the Turkish Statistical Institute (TurkStat) said in a report.

This index is seen as a vital gauge of the overall health of the economy, indicating people's sentiments about spending money, which in turn gives clues about economic vitality.

Among all sub-indices, Turkey's general economic situation index was the best performer, increasing by 0.5 percentage point to 87.5 in December.

"This increase resulted from the decrease of consumers expecting a worse general economic situation in the next 12 months compared to the previous month," the report said.

The number of people unemployed expectation index — a gauge of sentiment about the health of the labor market — was down 0.5 percentage point and stood at 70.6 in the month.

The probability of saving index — indicating people's expectation of earning enough money to save — showing the sharpest decline, down 2.9 percentage points to hit 17.5 in December.

"This decrease stemmed from the decrease of consumers who expressed probability of saving for the next 12 months period," TurkStat stated.