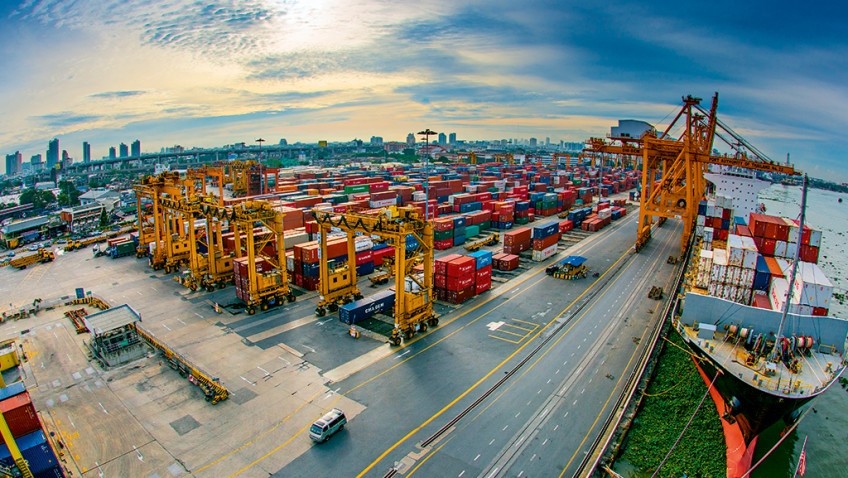 In 2017, Turkey’s exports hit $157.1 billion, the second highest in history while surpassing the $156.5-billion goal set in the Medium Term Plan

It also surpassed the $156.5 billion export goal set in the Medium Term Plan. Turkey's highest export figure was recorded in 2014 with $157.6 billion, according to official data.

The export figure was boosted after record growth performance in the three quarters of 2017. The country's economy expanded beyond forecasts in the first quarter (5.3 percent) and second quarter (5.4 percent), according to Turkish Statistical Institute (TurkStat). Turkey became the fastest-growing economy among G20 countries with its unexpectedly high 11.1 percent growth in the third quarter of 2017. The cumulative growth in three quarters was recorded at 7.4 percent.

In December, the exports saw an 8.59 percent increase and reached $13.8 billion compared to the same period of 2016.

According to the ministry, motor vehicles recorded the highest exports with $23.9 billion in 2017. Boilers, machinery, mechanical devices, and tools came second in exports with $13.8 billion. They were followed by readymade garments and accessories.

Lubricants and mineral fuels were the most imported items in Turkey with a combined value of $37.1 billion.

Germany was the top destination for Turkish products with $151 billion worth of exports. The country was followed by Iraq with $96 billion.

China ranked first in terms of import with $23.3 billion and was followed by Germany with $21.3 billion and Russia with $19.5 billion.

In December, motor vehicle exports again ranked first with $2.1 billion while machinery and equipment came second with $1.3 billion. In the same period, mineral fuels and lubricants again topped the imports list with $3.8 billion.

While the top destination for Turkish exports in December was Germany with $1.3 billion, the U.K. came second with $832 million.

Germany, with $2.19 billion, was also the largest import channel for Turkey in the last month of 2017. It was followed by China and Russia with $2.12 and $1.9 billion, respectively.