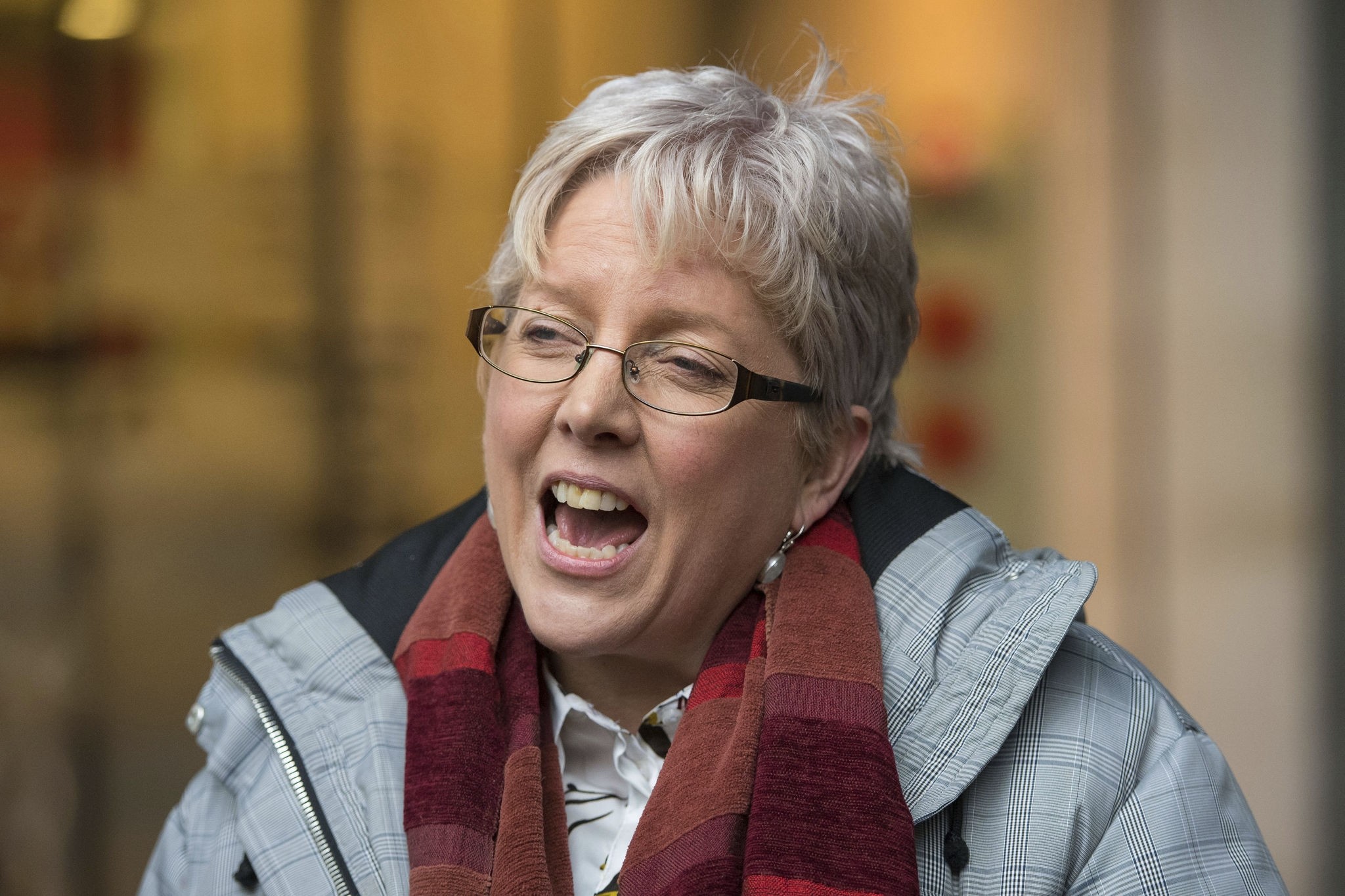 The BBC's China editor has resigned her position in Beijing in protest over what she called a failure to sufficiently address a gap in compensation between men and women at the public broadcaster.

Carrie Gracie's departure is the latest aftershock from the BBC's forced publication last year of pay levels for its top earners that showed two-thirds of those in the top bracket were men.

Presenting the corporation's flagship "Today" program on Monday alongside John Humphrys, the BBC's highest-paid news broadcaster, Gracie said the support she'd received for her decision had been "very moving" and showed the degree of frustration among many over the issue of equal pay.

"I think the scale of feeling, not just among BBC women but also just more widely across the country and also internationally, the support that I've had in the last few hours over this, I think it does speak to the depth of hunger for an equal, fair and transparent pay system," she said.

"And the other thing I'd like to say is that what is lovely for me is that people are mentioning my China work, because I would not wish to be remembered forever as the woman who complained about money."

A 30-year veteran of the BBC who speaks fluent Chinese, Gracie said in a statement on her website addressed to BBC viewers that she could no longer perform her job at a high level while battling with bosses over pay equality.

Gracie said she learned that two of the BBC's four international editors — both men — made at least 50 percent more than their two female counterparts. She said she was not seeking more money for herself, but only demanding that the BBC observe British law requiring equal pay for equal work.

Gracie said she would stay with the BBC and "return to my former post in the TV newsroom where I expect to be paid equally."

"The BBC must admit the problem, apologize and set in place an equal, fair and transparent pay structure," Gracie wrote.

Rather than waste money on an "unwinnable court fight against female staff, the BBC should immediately agree to independent arbitration to settle individual cases," she wrote.

The BBC on Monday quoted a spokeswoman as reaffirming its commitment to equal pay and saying a separate report on pay for on-air staff would be issued in the "not too distant future."

"A significant number of organizations have now published their gender pay figures showing that we are performing considerably better than many and are well below the national average.

"Alongside that, we have already conducted an independent judge-led audit of pay for rank and file staff which showed 'no systemic discrimination against women,'" the statement said.

Gracie, who took on the newly created job of China editor four years ago, said women at the BBC were running out of "patience and good will" in the face of what she called a "divide and rule" approach and a continuing refusal by the corporation to admit to discriminatory policies. She said those who complained faced the threat of retaliation and even dismissal, while others were either bogged down in arbitration talks or offered new pay packages on condition the terms remained secret.

"Despite the BBC's public insistence that my appointment demonstrated its commitment to gender equality, and despite my own insistence that equality was a condition of taking up the post, my managers had yet again judged that women's work was worth much less than men's," she wrote.

Other senior women at the BBC offered support, including Clare Balding, Emily Maitlis and Sarah Montague.

The list published last year showed that two-thirds of the BBC's highest earners were men, with the highest-paid woman earning less than a quarter of the highest-earning male star. Many BBC men were also found to be receiving far higher salaries than women in comparable jobs.