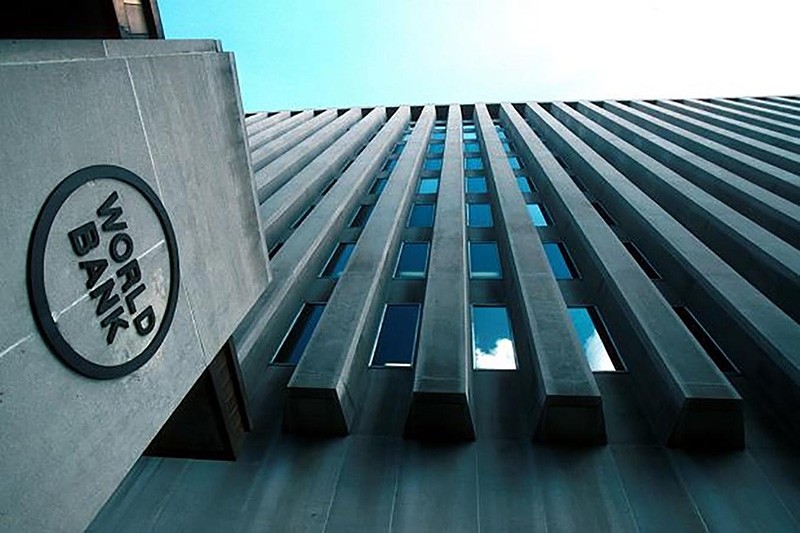 The World Bank predicts that the global economy will grow 3.1 percent this year, which would be its best showing in seven years. The United States, the world's largest economy, is expected to receive a boost from the $1.5 trillion tax cut package Congress approved last month.

The World Bank on Tuesday upgraded its global growth forecast for 2018 by 0.3 percentage point from the projection it made in June. It is also forecasting solid growth of 3 percent in 2019 and 2.9 percent in 2020, after similar 3 percent expansion in 2017.

The U.S. economy will grow 2.5 percent this year, the World Bank now predicts, up 0.3 percentage point from its June estimate. Its forecast shows U.S. growth slowing to 2.2 percent in 2019 and 2 percent in 2020.

Aided by fiscal and monetary policies that led to "a much stronger-than-expected rebound", Turkey's economic growth projection for 2017 was revised up to 6.7 percent from 4 percent, the World Bank Group said.

"The significant rebound in Turkey's growth last year -- to 6.7 percent, from 3.2 percent in 2016 -- was supported by fiscal stimulus aimed at expediting recovery from the economic repercussions of the 2016 failed coup attempt," according to the bank's Global Economic Prospects report.

Export growth also increased due to higher demand from the European Union (EU) and Turkey's currency depreciation in 2016, the World Bank said.

In addition, strong growth the working-age population supports a positive outlook for the country's potential growth.

The World Bank warned that rising disagreements among some countries with the EU could deter international investors and lead to an end to EU accession for Turkey.

"Growth in Turkey is projected to moderate to around 3.5 percent in 2018, as the impact of the 2017 fiscal measures fades," the report said.

"The upturn is broad-based, with growth increasing in more than half of the world's economies," the report said.

The 189-nation lending organization cautioned about some risks it sees to the international economy. It noted, in particular, a shift by the Federal Reserve and some other central banks toward raising interest rates after having kept them near record lows for years. Higher borrowing rates, if they go too far, could depress economic activity. The bank also warned of threats posed by rising trade protectionism and geopolitical pressures.

World Bank economists said their latest forecast reflects an expectation of some benefit from the tax-cut plan President Donald Trump signed into law last month. But the boost it foresees falls short of the expectations of the Trump administration, which is projecting that U.S. growth will reach a sustained annual pace of at least 3 percent, propelled by tax cuts, deregulation and tougher enforcement of trade laws.

The report also upgraded the World Bank's forecast for other economies on the belief that a broad-based pickup in global growth that began last year will endure. The international economy as a whole grew last year at a stronger-than-expected 3 percent. That was a sharp pickup from the lackluster 2.4 percent pace of 2016 — the weakest showing since the recession year of 2009, when the global economy shrank 1.8 percent.

The World Bank forecast that China, the world's second-largest economy, will grow 6.4 percent this year. And it foresees growth of 2.1 percent in the Eurozone and 1.3 percent in Japan.

World Bank President Jim Yong Kim cautioned against complacency. He urged policymakers to make needed investments in such areas as education and infrastructure as a way to lift lagging worker productivity and increase future growth.

"If policymakers around the world focus on these key investments, they can increase their countries' productivity, boost workforce participation and move closer to the goals of ending extreme poverty and boosting shared productivity," Kim said.