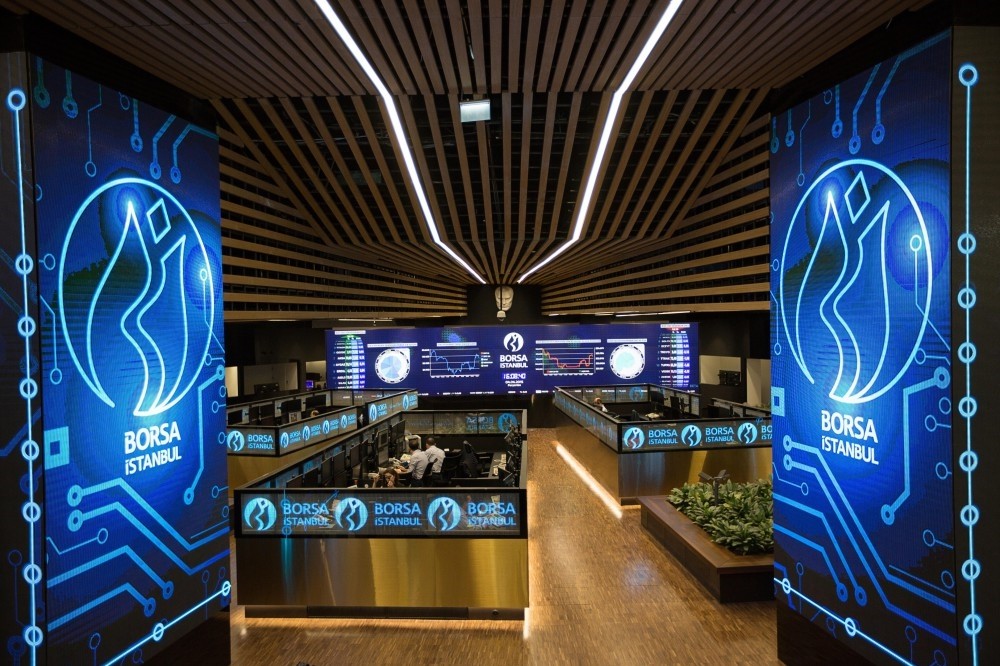 Borsa Istanbul Chairman Himmet Karadau011f has said that leading 10 companies have applied for a public offering and more companies will start trading on the stock exchange soon.
by Daily Sabah with AA Jan 11, 2018 12:00 am

Borsa Istanbul Stock Exchange Chairman Himmet Karadağ said the stock exchange has been holding meetings with the managers of nearly 900 companies regarding initial public offerings and 10 of Turkey's leading and well-known brands have already applied.

During an interview with Anadolu Agency (AA), Karadağ said that they expect the number of companies applying for public offerings will increase. He noted that the Borsa Istanbul's public offering studies are progressing under the leadership of the Turkish Sovereign Welfare Fund (SWF).

"We created an initial public offering committee in 2016 where our Board of Directors members are also involved. As the committee, we are holding meetings on a regular basis and discuss the steps to be taken toward the public offering. For instance, we are revising our core contract from a public company perspective," the chairman said.

In response to a question regarding the Borsa Istanbul's allocation for domestic and foreign investors in the public offering, Karadağ noted that the Capital Markets Board has been authorized to reduce minimum allocation ratios to zero and to increase them up to one-fold by taking into consideration the market value of the capital market instruments to be offered to the public, the market conditions and the demands of issuers and public offering companies.

"After observing the public offerings to be made in 2018, we can more easily comment on the distribution of domestic and foreign investors in the Borsa Istanbul regarding public offering," he said.

Karadağ said they have come to know the companies' reservations about capital markets, especially about the initial public offering, and made efforts to remove these reservations.

"In 2017, three companies started to be traded on the Borsa Istanbul as a result of public offering and provided a total of TL 1.2 billion ($3.16 billion) in funds. In the coming period, public offerings will take place well above this level. We expect large-scale public offerings, especially in the energy and healthcare sectors. At the present, 10 companies having leading and well-known brands of our country have applied for their shares to be traded on the stock exchange. We are also looking forward to receiving additional applications in the near future," he said.

Karadağ highlighted that, when compared to other countries in the region, Turkey has indisputable depth in terms of capital markets, adding that Turkey is undergoing a period in which all market players should be proactive - which requires improving insufficient investor culture through proper regulations.

He explained that they are trying to boost confidence by offering different products and services to potential and existing investors in Turkish capital markets, noting that they would like to develop share-based applications for wage and premium payment to their employees in order to increase the corporate performance of the companies that are being traded.

"So, the responsibility, motivation and sense of belonging of the employees in all levels of the company will increase. If this method is adopted, the share culture might become widespread and the capital base might expand," he added.

Touching on the much-discussed bitcoin, which has recently hit the economy agenda, Karadağ stressed that bitcoin is a virtual currency with a very high volatility and without an underlying asset. He warned people against bitcoin and similar cryptocurrencies, suggesting that they should avoid them not to face troubles later.

Karadağ reminded that cryptocurrencies are defined as virtual currencies designed to be a vehicle for the purchase of goods and services or for financing transactions, saying that many people are trying to use these currencies as investment instruments - which is rather dangerous. He further pointed out that it is still a matter of controversy to assess bitcoin and similar currencies as an asset, underlining that bitcoin trading platforms are not subject to the regulation and supervision of institutions such as the Banking Regulation and Supervision Agency (BDDK) and the Capital Markets Board (SPK).

"We are following emerging technologies; however, it is not possible for cryptocurrencies to be traded on the stock exchange as they currently are. As the Borsa Istanbul Stock Exchange group, we consider the studies related to blockchain technology which primarily constitutes the infrastructure of bitcoin. We have created a Blockhain Working Group under Takasbank [The Clearing House of Turkey]. This study group is discussing what can be done," he said.

According to Karadağ, domestic investors hold shares they purchase for a much shorter period than foreign investors. The statics show that long-term investors make higher profits than short-term investors on average.

"In addition, nearly 2,000 new investors, who have never bought shares before and who do not know the market dynamics well, have tended to sell their real estate certificates as prices move downward -- which has accelerated the downward movement in prices. However, when compared with the prices determined by sales offices, it can be seen that a project, which is the basis of the certification, is around 25 percent discounted on the stock exchange. From this point of view, we can say that there is a serious profit opportunity for investors. We are also making initiatives on taxes and fees. We are also looking for solutions to remove the price gap by talking to real estate sector representatives," Karadağ concluded.