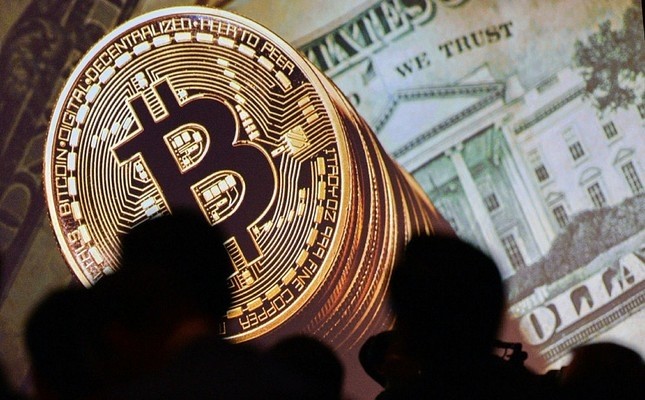 Speaking to the Economic Club of Washington, Mnuchin said he was working with representatives from 20 other nations to prevent cryptocurrencies from becoming fully anonymous. He said he did not want bitcoin to become a digital analog to Swiss bank accounts, which became known over the decades for their strict privacy rules. Swiss accounts were infamous for their use by tax dodgers and money launderers, but the privacy protections have been loosened in recent years.

Mnuchin said he wants cryptocurrencies to be regulated; he noted how companies that store bitcoin owner information are subject to the same rules about identifying their customers as banks.

"We want to make sure that bad people cannot use these currencies to do bad things," he told the gathered crowd.

Bitcoin was once a favored method for paying for drugs and other illegal activities online, but law enforcement authorities have improved methods for monitoring bitcoin use. Much of the financial activity on the so-called "dark web" now utilizes other cryptocurrencies.

Mnuchin also criticized bitcoin's volatility. Bitcoin is created by a decentralized process involving computer algorithms called "mining". Although, in theory, bitcoin's value is supposed to be based on supply and demand, an element of hype can cause the cryptocurrency's value to swing widely. At the start of 2017, a bitcoin was worth less than $1,000. By December, the value had surged to an all-time high near $20,000. By Friday, though, the price had crashed to about $13,757 per bitcoin.

"I want to be sure consumers trading this understand the risks," Mnuchin said. "I'm concerned consumers could get hurt."

He added that he and the Federal Reserve had looked at the benefits and challenges of using digital currencies but have decided that "they don't think there's any need for that at this point".