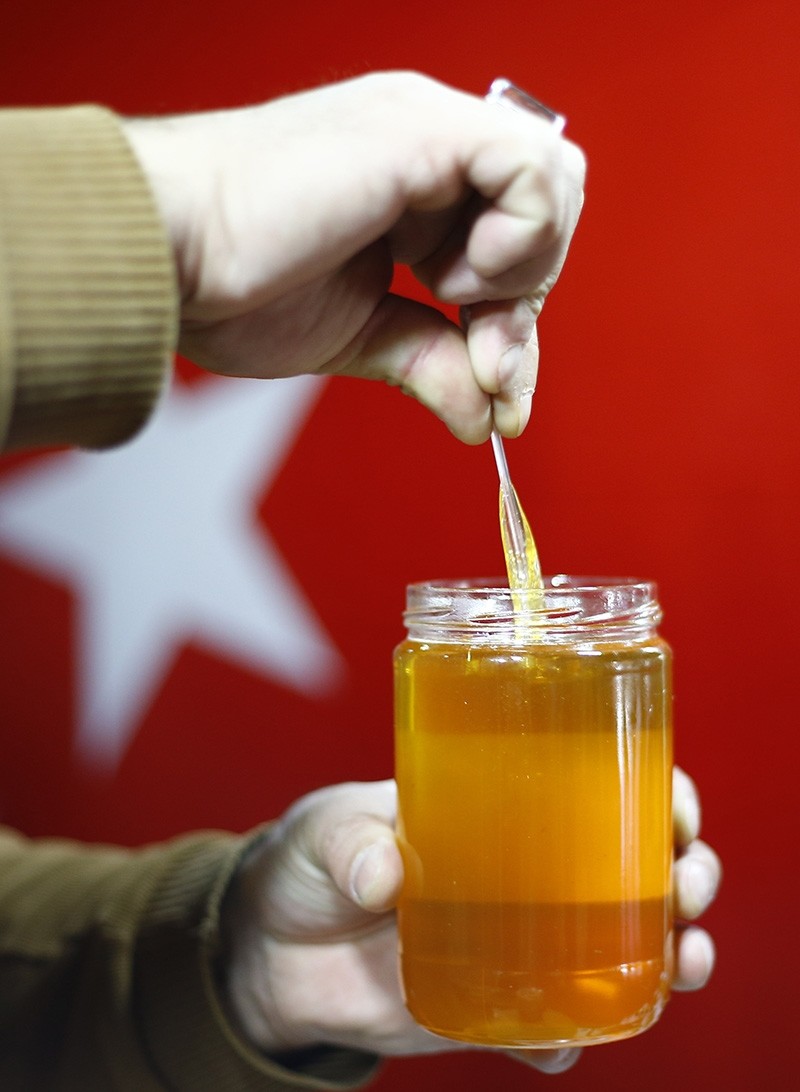 In 2017, Turkey's honey exports soared by 79 percent in quantity and 60 percent in value compared to the previous year, while the country generated around $23.9 million in revenue.

Germany stood out as the largest market of Turkish honey, importing approximately $9.3 million worth of honey last year. It was followed by the U.S. with around $8.2 million and Saudi Arabia with around $1.4 million.

The volume of honey exports also rose 79 percent over 2016.

The Eastern Black Sea region exported a total of 285 tons of honey to four countries for $1.2 million with a 96 percent rise in quantity and a 78 percent rise in value compared to the previous year.

"Our exports are constantly increasing and we have completed 2017 with an increase of 60 percent in exports. I believe that we will come to a better point this year as we move forward in a positive direction," he added.

Mentioning that honey is an important product in the Eastern Black Sea region, he noted that the region's share in honey exports should be increased.

Gürdoğan reminded that chestnut honey is one of the most important values of the region, saying a brand should be created in this area.

He concluded that everyone should do their part, adding that if a product with a high-added value and high recognition is created, honey exports will reach even higher numbers.

According to 2014 data of the U.N. Food & Agriculture Organization (FAOSTAT), Turkey ranks second in the world in honey production, topped only by China.

A November 2017 study of Turkish honey showed it has higher antimicrobial capabilities compared to the world famous Manuka honey of Australia and New Zealand.