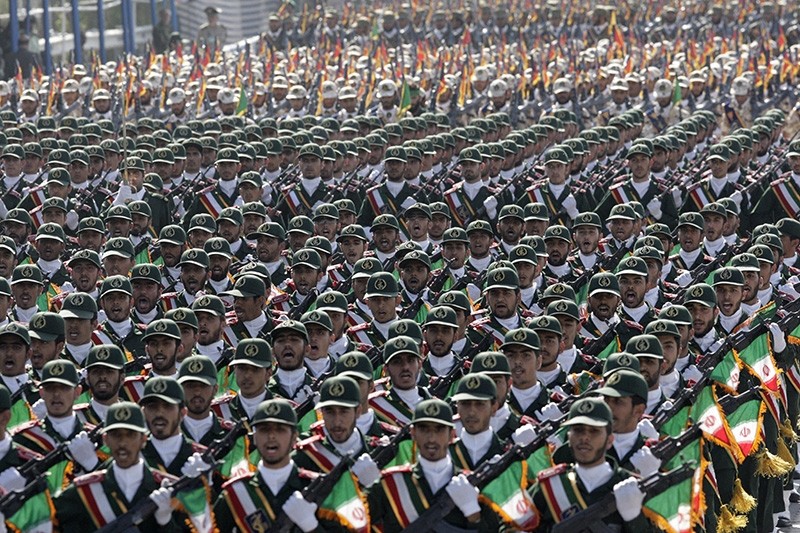 Iran's supreme leader has ordered the Revolutionary Guard to loosen its hold on the economy, the country's defense minister says, raising the possibility that the paramilitary organization might privatize some of its vast holdings.

The comments this weekend by Defense Minister Gen. Amir Hatami appear to be a trial balloon to test the reaction of the idea, long pushed by Iran's President Hassan Rouhani, a relative moderate. Protests over the country's poor economy last month escalated into demonstrations directly challenging the government.

But whether the Guard would agree remains unclear, as the organization is estimated to hold around a third of the country's entire economy.

Hatami, the first non-Guard-affiliated military officer to be made defense minister in nearly 25 years, made the comments in an interview published Saturday by the state-run IRAN newspaper. He said Supreme Leader Ayatollah Ali Khamenei ordered both the country's regular military and the Guard to get out of businesses not directly affiliated to their work.

"Our success depends on market conditions," the newspaper quoted Hatami as saying.

He did not name the companies that would be privatized.

The Guard did not immediately acknowledge the supreme leader's orders in their own publications, nor did Khamenei's office. However, the supreme leader has relied on intermediaries to make comment on his behalf over controversial issues, especially since the 2009 Green Movement protests. The Guard serves as one of his most-powerful constituencies.

The Guard formed out of Iran's 1979 Islamic Revolution as a force meant to protect its political system, which is overseen by Shiite clerics. It operated parallel to the country's regular armed forces, growing in prominence and power during the country's long and ruinous war with Iraq in the 1980s. It runs Iran's ballistic missile program, as well its own intelligence operations and expeditionary force.

In the aftermath of the 1980s war, authorities allowed the Guard to expand into private enterprise.

The exact scope of all its business holdings remains unclear, though analysts say they are sizeable.

In his comments, Hatami specifically mentioned Khatam al-Anbia, but didn't say whether that too would be considered by the supreme leader as necessary to privatize. The Guard and its supporters have criticized other business deals attempting to cut into their share of the economy since the nuclear deal.

It's unclear what private holdings the regular Iranian military holds.

Iran always has maintained some level of state control over its economy since the 1979 Islamic Revolution. However, the government pushed even further into it during years it faced crushing international sanctions over its contested nuclear program, said Adnan Tabatabai, an Iran analyst based in Germany who is the CEO of the Center for Applied Research in Partnership with the Orient.

How any privatization of Guard-owned companies would work remains to be seen, as Guard-linked officials permeate Iran's economy. However, Tabatabai said even bringing the topic up represented a good sign.