130,000 metal workers in Turkey to go on strike for better wages 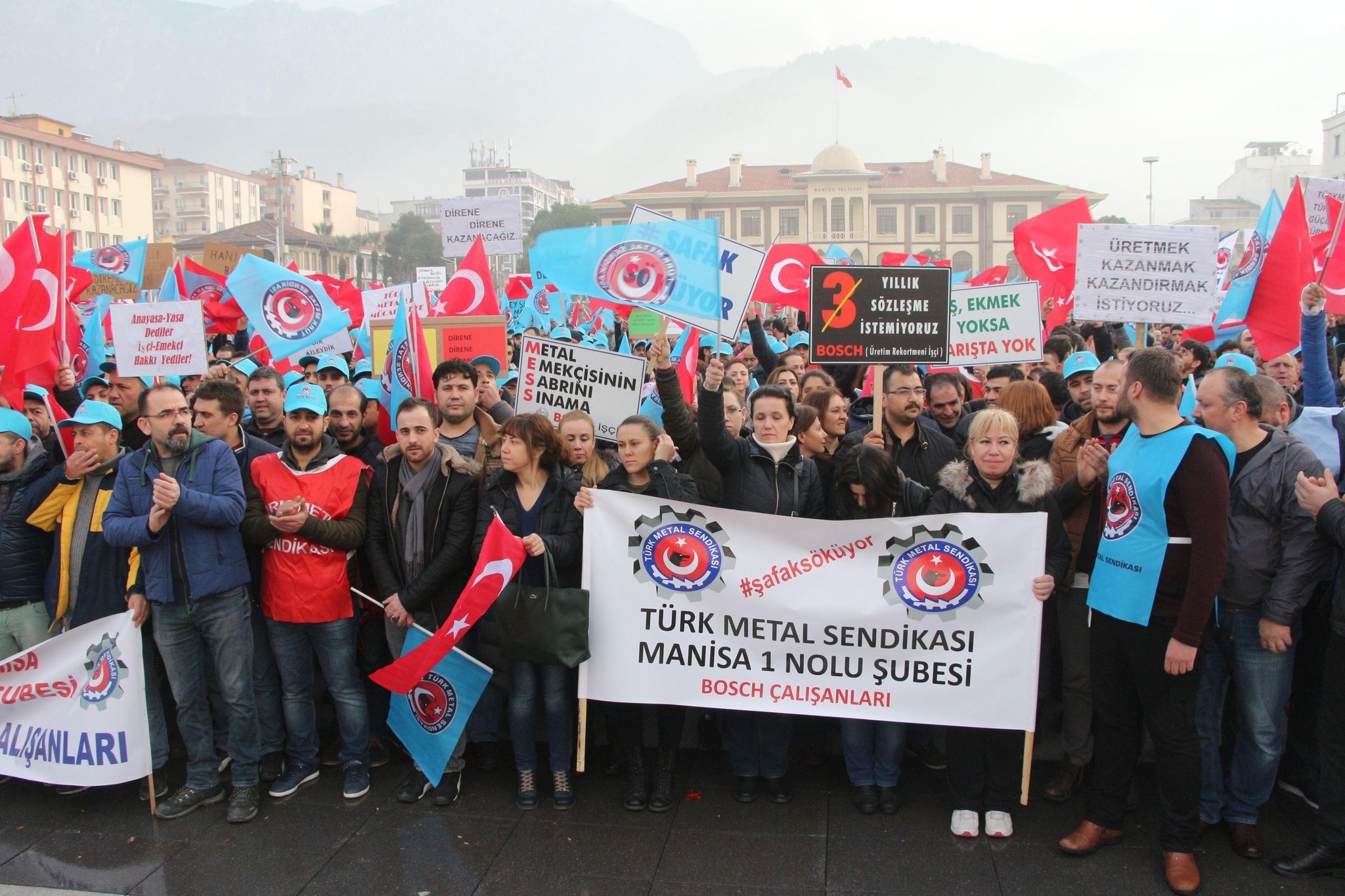 Around 130,000 Turkish metal workers are preparing to strike in 180 workplaces, including major multinational companies such as Renault, Ford, Bosch, Arçelik and Mercedes, hoping that it will put pressure on employers to raise salaries and provide better social benefits.

The workers who are members of the Turkish Metal Union (Türk Metal), the United Metal Workers' Union (Birleşik Metal-İş) and the Iron, Steel, Metal and Metallic Products Workers' Union (Çelik-İş) announced the strike last week, and are set to go on strike on February 2.

In a move that will likely fuel tensions, companies including Tofaş, Ford Otosan, Otokar, Arçelik and Türk Traktör stated that the Metal Industrialists Union (MESS) has made a lockout decision for striking workers.

The strike comes in the wake of months-long failed talks for a collective labor contract with their employer association MESS.

In the negotiations, Türk Metal and Çelik-İş wanted a 38 percent wage increase for the first 6 months, while Birleşik Metal-İş pressed for a TL 695 raise, however their demands were met with only an offer of a 6.4 percent increase in wages for the first six months. Workers and the unions rejected the offer on Jan.12.

The labor unions have also demanded social benefits, notice and severance payments, overtime and night works, paid holidays, improved health and safety measures and supplementary health coverage through a two-year collective agreement, but have instead been offered low wages and not much else.

After failed negotiations at the beginning of December 2017, the three unions also started to engage in warning actions, including not doing overtime.