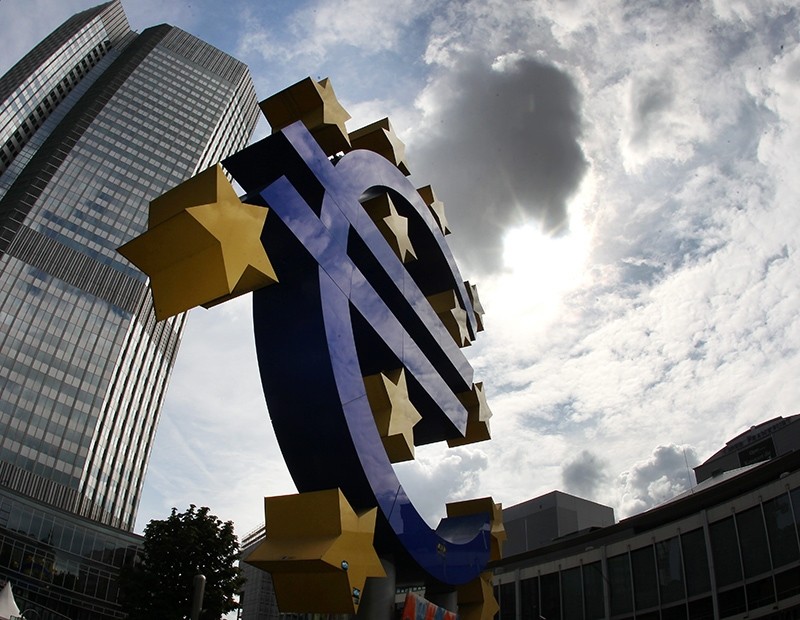 This July 31, 2012 file photo shows the euro sculpture in front of the headquarters of the European Central Bank, ECB, in Frankfurt, Germany. (AP Photo)
by Compiled from Wire Services Feb 07, 2018 12:00 am

The European Commission raised its growth projections for the eurozone on Wednesday, more confident than ever that the solid economic recovery in Europe will endure through 2019.

The commission, the EU's executive arm, said the 19-country single currency bloc's economy would expand by 2.3 percent in 2018, up from a previous forecast made in November of 2.1 percent.

Growth would then continue at a solid pace next year, with the eurozone economy expanding by 2.0 percent in 2019, instead of the earlier-predicted 1.9 percent.

The euro zone economy expanded at its fastest rate in a decade in 2017, preliminary data showed, and sentiment remained high at the start of 2018 despite a slight dip from a 17-year peak, signaling a strong start to the year.

The European Union's statistics office Eurostat estimated gross domestic product in the 19 countries sharing the euro rose 0.6 percent quarter-on-quarter in the last three months of 2017, as expected by economists polled by Reuters, for a 2.7 percent year-on-year gain.