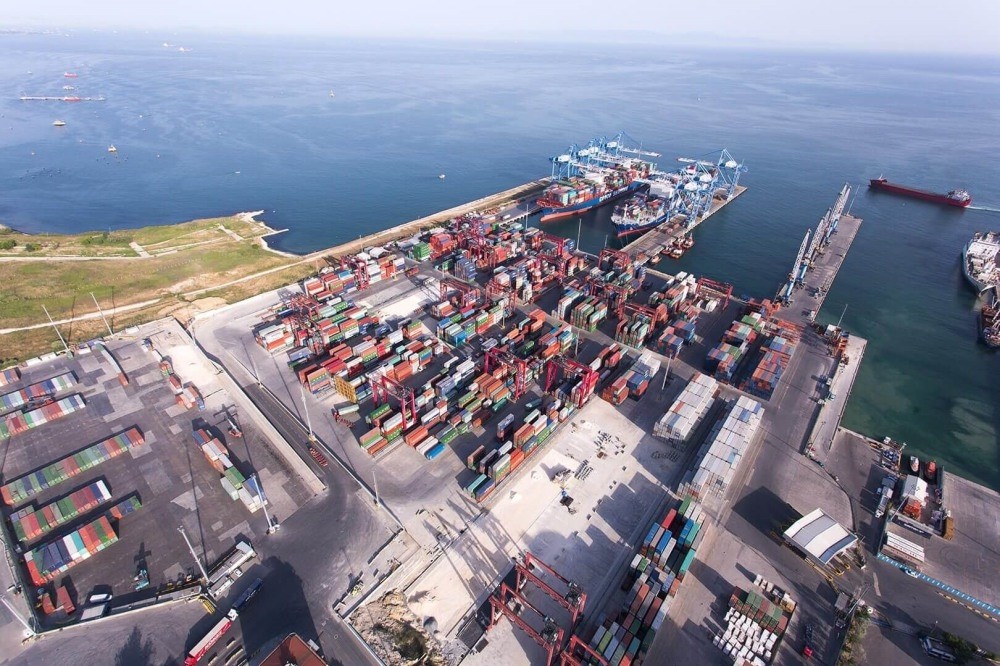 Turkey's exports in January were up 16.3 percent and reached $12.2 billion, with Istanbul producing nearly half of the country's exports, making up $5.1 billion of the total

Shouldering 42 percent of Turkey's exports in the last month, Istanbul reached $5.1 billion in foreign sales, with companies operating in the city exporting to destinations around the world in January. According to information compiled by Anadolu Agency (AA) from Turkish Exporters Assembly (TİM) data, Turkey's exports increased 16.3 percent in January and 42.1 percent of the country's foreign sales, $5.1 billion, was from Istanbul. The apparel and ready-to-wear sector led the way in Istanbul's exports with $1 billion, followed by steel with $643.7 million, chemicals and products with $589.2 million and automotive with $444.9 million.

Electrical and electronic services, iron and nonferrous metals, textile and raw materials, machinery and components, cereals, pulses, oilseeds and products, furniture, paper and forestry products, mining products, air conditioning industry, jewelry and cement, glass, ceramics and soil products were among the other sectors that reached over $100 million in exports in Istanbul.

Fourteen of the 27 sectors exporting from Istanbul in January reached over $100 million in foreign sales.

The olive and olive oil sector achieved the highest increase in exports from Istanbul in the first month of the year with an increase of 96.8 percent compared to the same period of the previous year, amounting to $11.2 million.

In the said period, the sectors with the highest increase in exports were mining products with 60.2 percent, leather and leather goods with 48.1 percent and aquaculture and animal products with 44.5 percent.

In the first month of the year, five sectors experienced a decrease in exports from Istanbul compared to the previous year. The sector with the highest decrease in this period was ships and yachts with 73.9 percent. Ship and yacht exports, which were $53.3 million in January 2017, fell to $13.9 million in the same period of this year.

Jewelry exports from Istanbul saw a 32.3 percent decline from $183.7 million to $124.4 million. Jewelry had the second-highest decrease in exports.

Other sectors that experienced a drop in exports were defense and aerospace at 27.2 percent, ornamental plants and products at 10.7 percent and fresh fruits and vegetables at 1.9 percent.

It was also noted that the companies in Istanbul increased their regional diversity in exports in the first month of the year. The companies in Istanbul succeeded in delivering their products all around the world last month. The country with the highest exports from Istanbul in January was Germany, with $613.2 million, followed by the United Kingdom with $351.9 million, Italy with $279.5 million and Spain with $248.5 million.

The country with the highest increase in exports from Istanbul was Jamaica. Exports to Jamaica, which stood at $114,100 in January 2017, rose to $9.9 million with an increase 87 times in the same period of this year. Meanwhile, 14 locations, including Guam, Faroe Islands, Sao Tome and Principe, Swaziland, Laos, Cook Islands, Trabzon Free Zone, Tonga, Aruba, Cayman Islands, Tuvalu, Denizli Free Zone, Macau and Lesotho, which received no exports in the first month of last year, entered the markets of companies operating in Istanbul in January 2018.

Turkey's exports soared by 10.2 percent to $157.05 billion in 2017 compared to the previous year, the national statistical body announced on Jan. 31. According to foreign trade data provided by Turkish Statistical Institute (TurkStat) and the Customs and Trade Ministry, Turkey's foreign trade volume reached $390.84 billion in 2017, an annual increase of 14.56 percent.