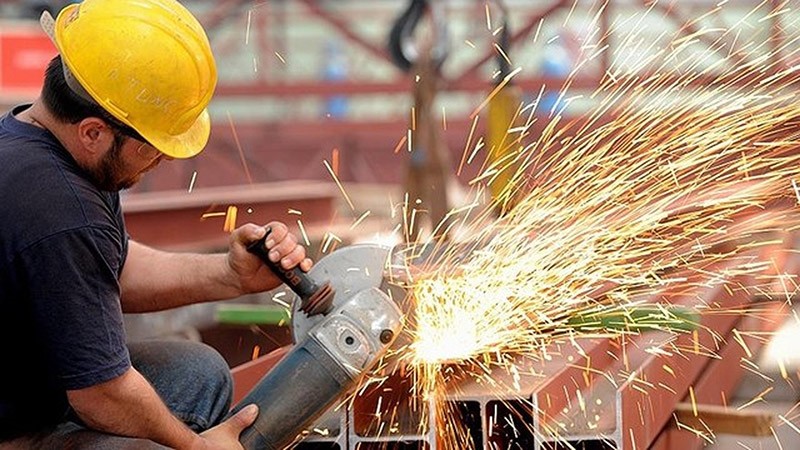 Industrial output is considered a vital indicator for the economy as it is seen as a preliminary gauge for GDP growth.

Among three main sub-indexes, the mining and quarrying index rose the most --14 percent.

The annual increase in the manufacturing index was 8.9 percent, while the electricity, gas, steam and air conditioning supply index was up 5.7 percent.

The seasonal- and calendar-adjusted production level was also up compared with the same figure for December 2017.

Among the sub-sectors, only the electricity, gas, steam and air conditioning supply sector contributed negatively to the monthly reading, slipping 1.1 percent, according to data.

On a monthly basis, the mining and quarrying index rose 2.6 percent while the manufacturing index climbed 1.2 percent in December.

TurkStat also said calendar-adjusted industrial production rose 7.8 percent in the fourth quarter of last year over the same period in 2016.

In a survey by Anadolu Agency's Finance Desk on Tuesday, a group of 11 economists projected the calendar-adjusted industrial production index would rise 6.4 percent year-on-year.

On an annual basis, industrial production in Turkey saw the biggest rise in July, up 14.5 percent.

In Turkish manufacturing activity, the Purchasing Managers' Index (PMI) for Turkey's manufacturing sector hit a seven-year high of 55.7 in January amid strong demand and accelerated output growth, according to a Feb. 1 report by London-based global data company IHS Markit co-prepared with the Istanbul Chamber of Industry.

In December, Turkey's exports rose to $13.87 billion, up 8.6 percent from the same month in the previous year, TurkStat said on Jan. 31.