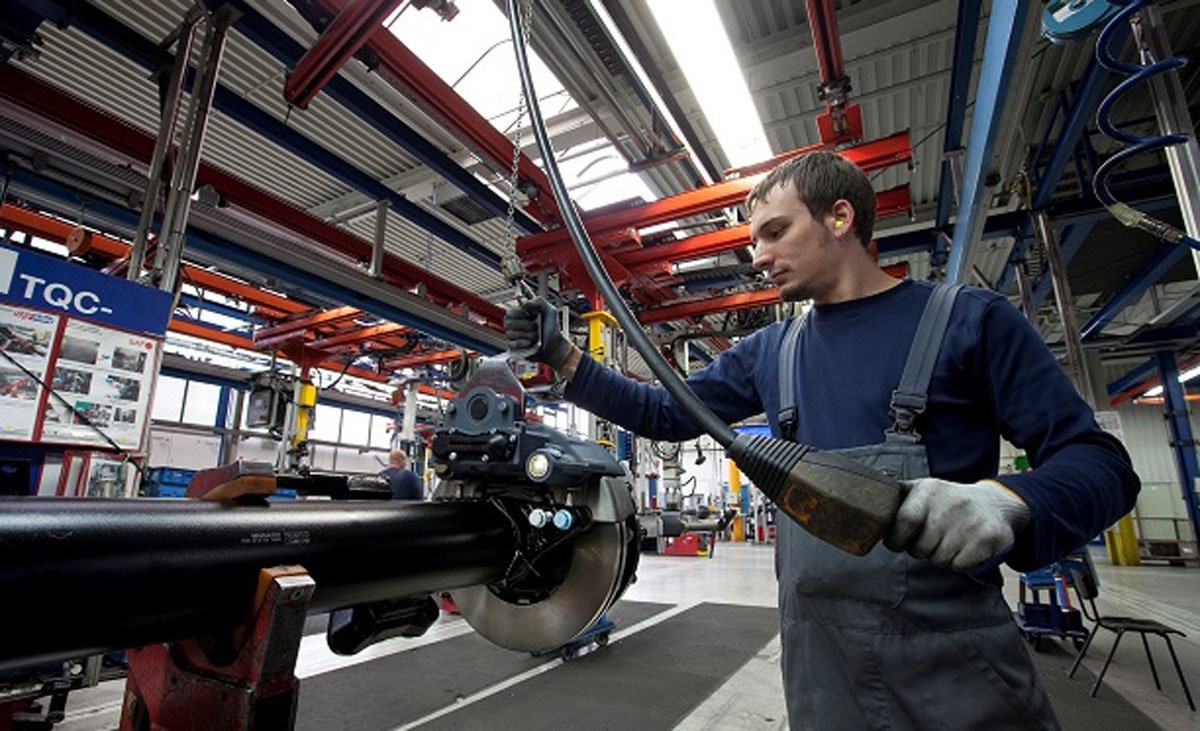 The Turkish economy registered a 7.4 percent growth on average in the first three quarters, which is expected to increase foreign direct investment inflow into the country.
by Daily Sabah with AA Feb 09, 2018 12:00 am

Turkey’s strong growth momentum in 2017 with an average growth of 7.4 percent in the first three quarters, raises hopes for higher and more foreign direct investments into the country

Turkey's growth rate in the first three quarters of 2017 was above expectations, with 5.3 percent growth from January to March, followed by 5.4 percent and 11.1 percent growth rates in the second and third quarters, respectively. Considering the data released so far, businesspeople and politicians say that the country is forecast to register annual growth of 7 percent in 2017. Investment Support and Promotion Agency of Turkey (ISPAT) President Arda Ermut said this trend is expected to positively reflect on foreign direct investments (FDI). According to data from the Economy Ministry, Turkey attracted $9.8 billion in investments from January to November in 2017.

ISPAT President Ermut said that the purpose of his visit to London was to better explain the investment opportunities in Turkey to private equity funds, noting that they got a chance to meet and address important representatives of these funds in London, which is an interesting center for private equity funds.

Explaining that he recently met with investors in Rome, Ermut said the steps taken by Turkey in foreign policy and developments in terms of the country's stability will be reflected in direct investment. "In that sense, we think that the future is even clearer for us. Unless there is a case that shocks all the world's economies or the European economy, we think foreign direct investments in Turkey will continue to increase," Ermut added.

"In order to run such an operation, there must be an environment in which you have to seriously act jointly with all the countries there and they respect your priorities. In a way, you have to prove your regional efficiency and power. This, as far as we understood, was reassuring data for investors, and we have never seen a negative reflection in that sense because they always consider Turkey's investment environment in terms of predictability and stability. At this point, investors see this as not as a threat to stability or predictability as we understand it, but rather as a factor that strengthens them. In that sense, we have seen no negative effect so far."

Ermut said that foreign investors have recently been very interested in investment opportunities in the financial sector and that they have made numerous trips in the last few months, with the latest to Qatar.

"We find that the financial sector is already investing very seriously in Turkey. When we look at banking, foreign banks constitute a significant part, and operate in Turkey, "Ermut said. "In the last few years in particular, we have seen the arrival of very serious banks from the Far East and Asia to Turkey."

Ermut said London leads the way among the world's most important centers of Islamic banking. "We think the interest of foreign banks and foreign financial players in Turkey will continue. But at the same time, in areas like Islamic banking and investment banking, Gulf capital has serious potential with its own experience," Ermut noted, highlighting that in order to increase saving rates in Turkey, they want to bring this type of instruments heavily into the banking system.

He said Turkey's increasing economic growth momentum is expected to positively affect foreign direct investment. Recalling that over the past years, the growth rates and direct investments have developed in correlation,

Ermut said the growth rates are often positively reflected in direct investments as well. "It is encouraging for us in that sense," Ermut said.

Ermut also said that the economic growth rate of the last 15 years stood at 5.6 percent and that a growth rate above this figure was achieved in the first three quarters of last year.

"These statistics are very encouraging," Ermut said. "We think that they will be reflected positively in direct investments in any case. This also gives us very nice data in terms of explaining Turkey's investment environment with regards to issues such as growth rates, Turkey's growing influence in the region, and political predictability. In fact, we see that all developments are in our favor. Therefore, in such a picture, we are expecting an increase in direct investments."

Ermut indicated that Turkey has promised foreign investors a presidential system. "With the great support of the Turkish people we actually promised a new and very important structural transformation," he added, suggesting that this transformation will have very positive effects in terms of Turkey's economic outlook and predictability.