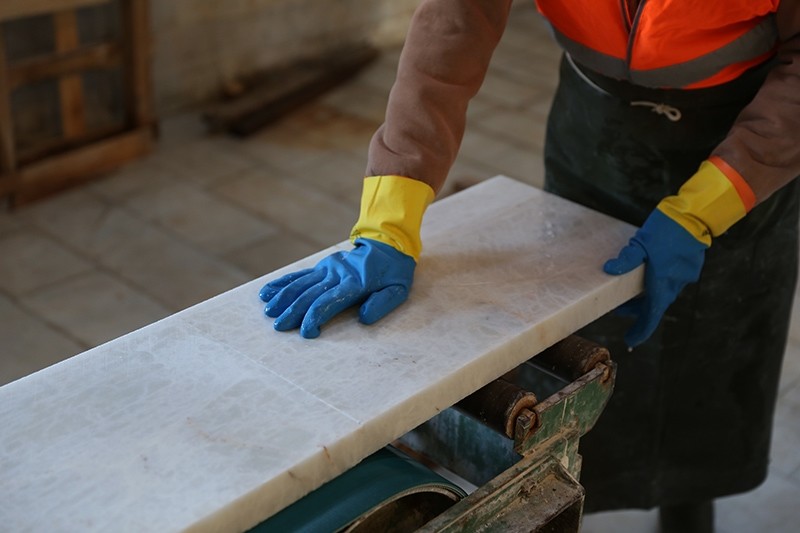 The number of people employed increased in November by 1,448 million to reach 28,151 million people, while the number of the unemployed decreased by 440,000 people to reach 3,275 million.

The employment rate increased by 1.5 percent to 4.73 percent, TurkStat said in the statement.

The rate of unregistered employment realized as 33.6 percent with a 0.3 percentage points increase from the same month of the previous year.

"Although limited increases in the unemployment rate were seen in the same periods of past years with seasonal effects, the November figure remained unchanged at 10.3 percent in line with market expectations," Erol Gürcan, investment advisory manager at Gedik Investment, told Anadolu Agency (AA).

The country's annual unemployment rate was 10.3 percent in October 2017, down 1.5 percentage points from the same month in the previous year.

"The positive contribution came from the continuing recovery tendency in economic activities in the last quarter of 2017 and measures taken to support creating new jobs from the beginning of last year," Gürcan said.

"The overall improvement in employment will continue moving forward," he said. "We estimate that the unemployment rate will be around 10.3 percent or 10.4 percent for December 2017, and the average unemployment rate for the whole year will be 10.9 percent."

"If the recovery in economic activities is maintained, it is likely that the average unemployment rate this year will be between 9.7 percent and 10.3 percent," Gürcan added.

KapitalFX analyst Enver Erkan also told Anadolu Agency that the November figure was parallel or better than forecasts since last August, "especially in a period when the outcome could move upwards through seasonal effects."

"When we observe the non-agriculture employment side, we see a significant increase, which is a good point for the Turkish economy."

"The data indicates that the Turkish economy created a significant number of new jobs," he said. "When the labor force grows, the unemployment rate goes down slowly."

"GDP growth is high and continues to be strong in January according to leading indicators," Erkan said, adding that the labor market outlook seems positive as supportive measures for the sector are set to be continued.