Borsa Istanbul to start trading on stock market this year 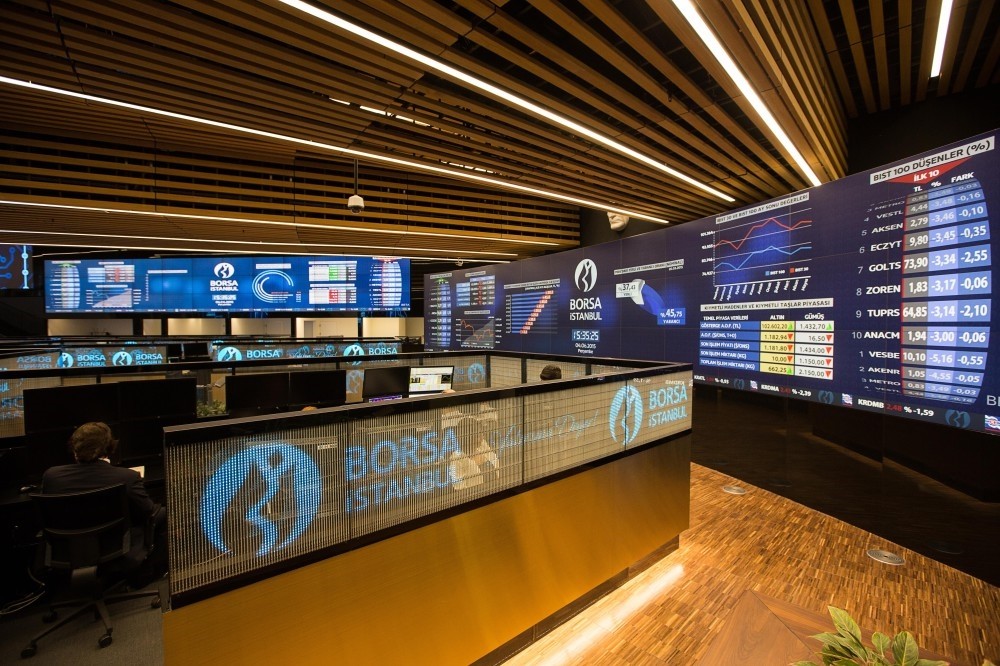 Borsa Istanbul Chairman Himmet Karadağ announced plans for an initial public offering (IPO) this year after the release of second quarter financial data. In a meeting with press members on Tuesday, Karadağ elaborated on Borsa Istanbul's performance and its contribution to the economy. The highlight of the meeting came as the chairman announced that Borsa Istanbul will start trading on the stock market this year.

"The IPO of Borsa Istanbul was discussed in meeting with President Recep Tayyip Erdoğan and European Bank for Reconstruction and Development (EBRD) President Suma Chakrabarti. During the meeting, President Erdoğan highlighted the urgency for Borsa Istanbul's IPO this year," he said.

In terms of the stock market's performance, Karadağ informed that a total of six IPOs have taken place since the beginning of this year and they generated TL 3.39 billion ($900 million).

The aggregate number of local and foreign investors is recorded at 56,527, he noted, pointing out that the first timers that came with these IPOs is 14,983, which correspond to 27 percent of the total number of investors.

In light of this data, he underscored the number of investors follow an upward curve.

"Borsa Istanbul enjoyed a remarkable year in 2017, which fosters our motivation. In accordance with our predictions, we secured yields over 47 percent last year," Karadağ said.

The chair highlighted that the administration still opines that the Borsa Istanbul's benchmark index BIST 100 will follow an upward momentum in the mid and long run.

He stressed the necessity for the index to hover around a certain minimum level in order to sustain the motivation of future and second-term IPOs.

Elaborating on the effects of the Credit Guarantee Fund (CGF), he said they tried to increase the credit funding to relieve the economy, at least to keep companies alive and to prevent them from getting bankrupt. He also added that if the deposit volume remains the same when you try to increase the credit funding by playing with different balances in the banking system, you are creating additional credit demand.

He said in the current system when you increase the loan demand that already exceeds the capacity, it significantly triggers inflation and interest rates - allowing it to move upwards.

The chairman added that, at this point, Borsa Istanbul aims for Turkey's top 500 and 1,000 firms, noting that with the top 1,000 companies, a serious part of the economic size can be comprehended.

He said some of the companies do not have the capacity to hold additional loans and the firms' equity credit ratios are above 90 percent in many sectors.

Karadağ also talked about the problems companies experienced last year taking into consideration the effects of the exchange rate. He stressed that businesspeople and entrepreneurs do not want to invest at these interest rates, suggesting that the solution is to fix the anticipations first.

"There is no negativity in general macroeconomic expectations, political stability continues, blood pressure is downward albeit our problems in the region, and there are partial improvements in terror and other conflict areas in political events," Karadağ continued. "In many firms, when we model public offerings and equity financing instead of loans, the financial statements of companies become sustainable, the exchange risk is no longer the nightmare of our firms, and most importantly, corporate valuations move up significantly."

Karadağ pointed out that such public offerings have a positive impact on the imbalance in the credit supply-demand.

"The loan that the banking system can give is already TL 1.5 trillion. They have already pushed it over TL 2 billion band, and when you want a couple of additional billions, banks turn into reluctant sellers. Because the resources are limited, and they have already funded the system as much as possible under comfortable and flexible conditions," he said, adding that in such a system, even with small numbers, reducing the demand for additional credits and paying back the existing credits heavily relieve the system significantly in macro terms.

"We believe that we will be able to get several billion existing loans and the inflation on the interest rates and make a significant contribution to the sustainability of development with this method in the public offerings that will continue this year," he continued. "I think 2018 did not start very badly in this sense. We have made a good start, and we will continue on the same axis. We will continue to individually encourage companies that have caught their scale for the public offering."

Karadağ also added that by working on the company for public offering, they offer specific solutions to firms, and that they act like the CFO of the company and take action after selecting the qualified companies in the target group.