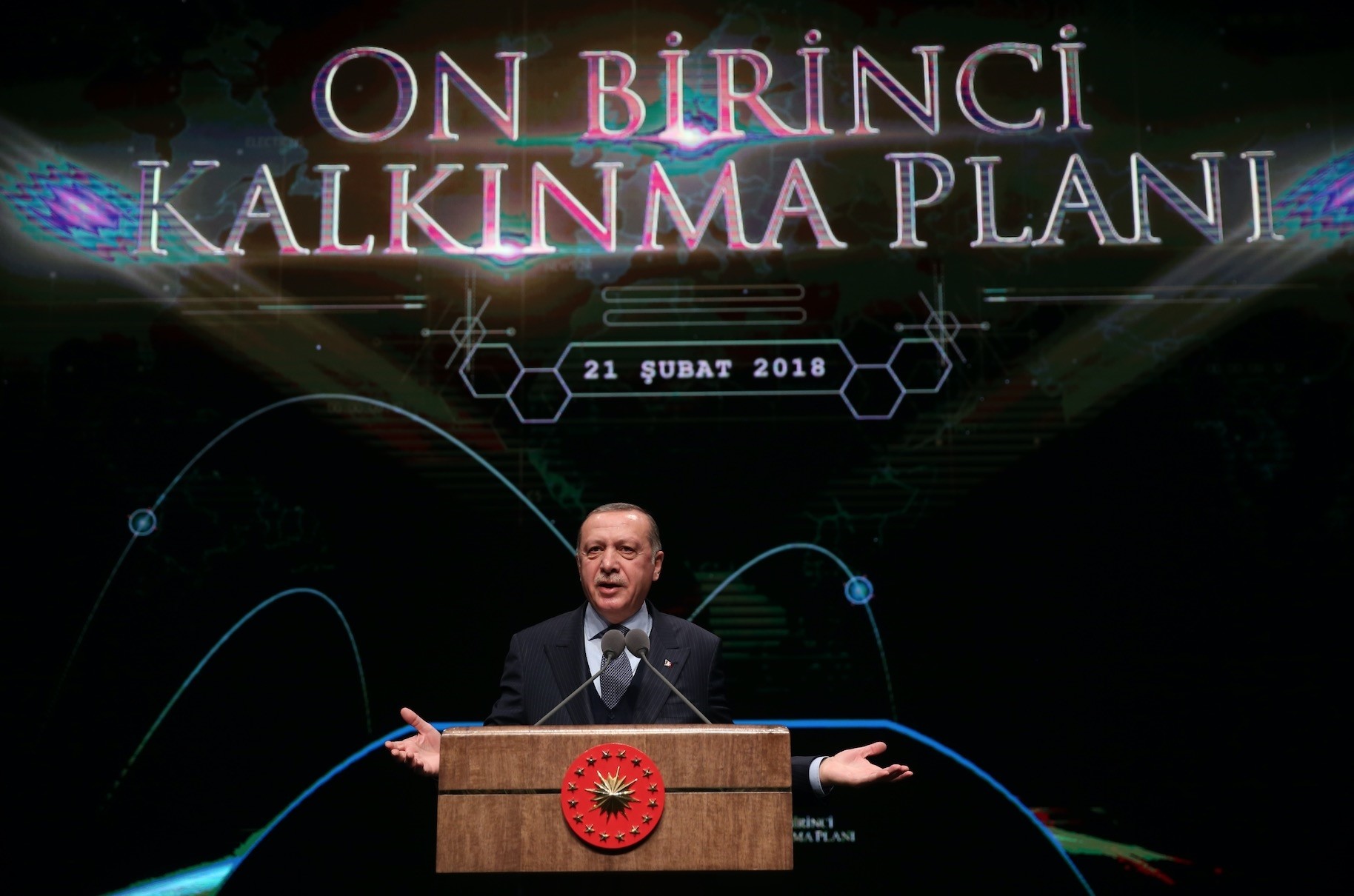 Five years ahead of its centennial, Turkey is moving quickly toward accomplishing its 2023 goals with a comprehensive development plan to expand industrial growth concentrated on the improvement of human capital

Focused on its development goals toward 2023, Turkey unveiled the latest development plan that was prepared in due consideration of the country's recent achievements in areas such as economic growth, exports and inflation. Covering a four-year period from 2019 to 2023, the plan was introduced Wednesday in a ceremony at the Presidential Complex with President Recep Tayyip Erdoğan and Prime Minister Binali Yıldırım in attendance. In the preparation process for the 11th Development Plan, 43 specialized commissions and working groups and more than 3,500 experts participated. Moreover, a total of 27,500 individuals have so far been surveyed while setting the overall plan.

Poised to be completed in June, the plan will start to be carried out in 2019 and it is projected to include education and employment policies for the transformation and improvement of human capital.

Speaking at the ceremony, President Erdoğan elaborated on Turkey's development journey since 2002 and highlighted the country's 2023 vision which he said is the most concrete example of planned development.

Since 2002, Erdoğan underscored, the government has focused on the development and improvement of Turkey's natural resources while accomplishing energy investments required by fast industrialization.

Explaining the development story of Turkey during the last one and half decade, the president informed that the amount of public investments was TL 17 billion ($4.5 billion) in 2002 but the figure jumped to TL 128 billion in 2017.

In terms of public-private partnership (PPP) projects, a total of 67 projects worth $11.4 billion were delivered from 1986 to 2002. The number of PPP projects from 2002 to 2017 have totaled to 158 while their value was calculated at $50.6 billion. The PPP projects accomplished over the course of this period include the Marmaray and Eurasia tunnel.

While Turkey will continue its diversified economic development program with a focus on digital transformation and technology-intensive industrial production, it will also keep carrying out renewable energy projects to respond to the needs of growing industry and population, President Erdoğan said.

In 2002, Turkey's GDP was $236 billion but the figure saw an immense increase and reached $863 billion. This growth performance, the president said, created 8.3 million additional jobs.

Erdoğan emphasized that the government does not limit development to only the economic field, but also cares about social and spiritual development.

He stressed that Turkey has succeeded to put the development approach in a human-focused framework.

"We invested in both the physical infrastructure and in our people. We are now moving from the vicious circle of yesterday's textile and agro-based industry to a technology-intensive industry. We need a breakthrough that will increase the share of high-technology-based production in the industry. While carrying out energy investments, on the other hand, we are also trying to develop our natural resources," Erdoğan said.

"We need to be able to produce unmanned tanks and we will do that as well. We are already producing many weapons," he added.

Turkey has been heavily investing in the defense industry and has substantially increased the number of defense projects over the last 15 years while also increasing the rate of domestic production whereby local resources are used in the development of defense projects and equipment.

External dependency, which was around 80 percent 16 years ago, has also rapidly declined with the nationalization of projects. Turkey's defense industry has around $6 billion production and $2 billion export capacity.