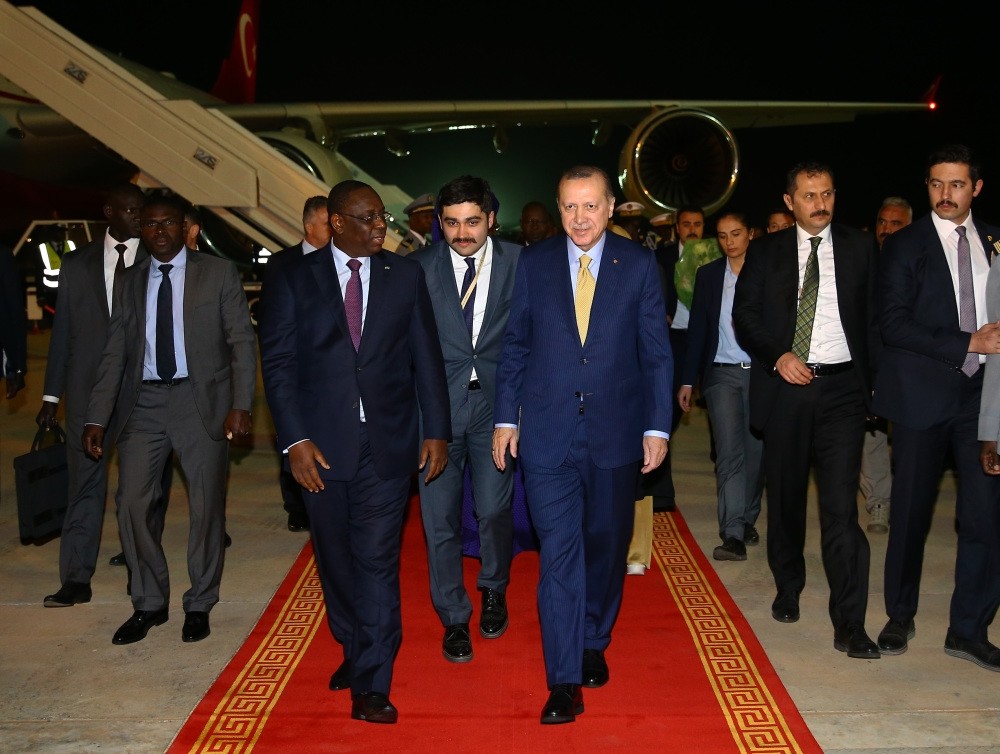 The last stop on President Recep Tayyip Erdoğan's 5-day, 4-country visit to West African nations, covering Algeria, Mauritania, and Senegal, is Mali, where the president and his delegation, including 200 Turkish businesspeople, is expected to discuss cooperative and investment opportunities with Malian government officials and businesspeople in agriculture, energy and infrastructure. The president's visit to the country raises expectations as it will pave the way for Turkish investors.

The Malian minister pointed out that his country offers many a great opportunities in its energy and health sectors. "We are calling on investors in energy and health, since these two sectors are important for development. We need energy for industrial production, therefore energy generation is a priority for our country," Gano said and added that all industrial sectors in Mali have difficulty with power generation, emphasizing that Turkey may help Mali in this respect. The minister underscored that Erdoğan's visit is of great importance, and the Malian government expects to ink an agreement on the protection of investments.

"We are trying to increase the bilateral trade volume with Turkey in cooperation with the Foreign Economic Relations Board (DEİK). Turkish investors come to Mali to facilitate the country's development. I have accompanied nine business delegations from Turkey to Mali, and I have observed that all of them want to work in Mali on a win-win principle," he said.

He noted that Mali has large arid and wetland areas which could be leased and used for agricultural production. The chairman also commented on the high quality of Mali's cotton, highlighting that the Turkish textile industry may purchase cotton from Mali, and an investment in the country will also facilitate yarn imports from Mali.

Mali is the largest cotton producer in Africa, with 725,000 tons last year. The country also ranks third in gold mining after South Africa and Ghana. According to the country's Mining Ministry, gold extracted in Mali registered a 5 percent increase compared to 2016 and reached 49.6 tons in 2017. Altunbaş also said Mali is in need of a 6,000 megawatt (MW) power plant, and Mali is waiting for Turkish investors to compensate for that need.

An infrastructure to facilitate trade between Turkey and Mali has been instituted, he said. "With the president's visit, the current bilateral trade volume of $90 million will expand more and reach $500 million."

Another investment area in Mali is tanneries where the country can treat animal skins, Altunbaş explained. Investments in this sector will facilitate customs-free entry to the Economic Community of West African States (ECOWAS).

"Mali always welcomes Turks for investment opportunities through a win-win approach," he said. Baba expressed that Erdoğan's visit to Mali is a great chance to further bilateral economic ties. Turkey-Mali trade volume sees 8-fold increase in 10 years Over a decade, the trade volume between Turkey and Mali rose eightfold to reach $82.1 million in 2017, according to Turkish Statistical Institute (TurkStat) data. In 2008, the bilateral trade volume was recorded at $9.7 million. Turkish exports to Mali reached $52.2 million, while imports from the country stood at $29.9 million in 2017.