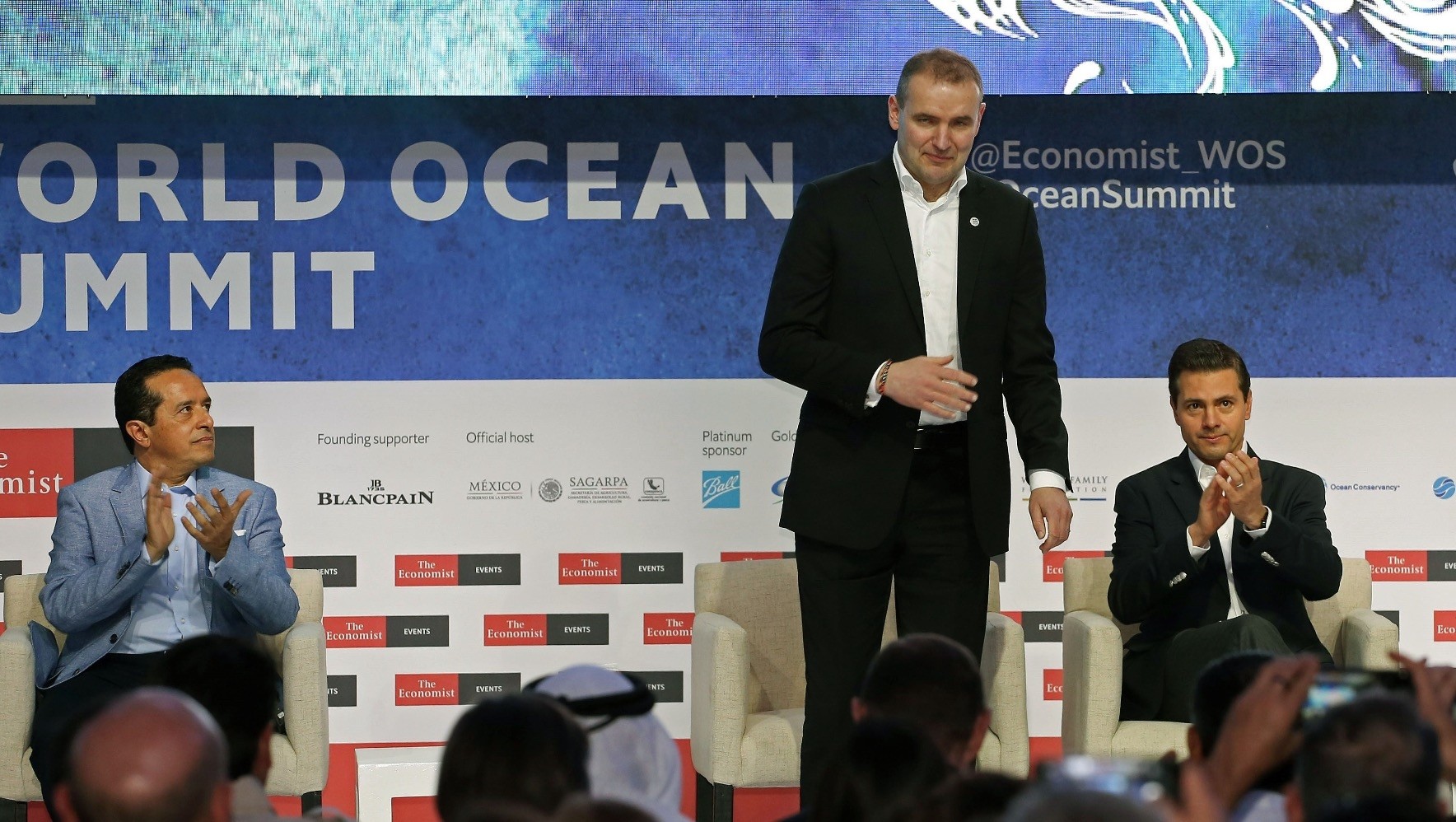 Countries need to start viewing ocean conservation as a ‘bankable' investment to attract funding for initiatives to cut pollution and protect industries like fishing, said political and economic leaders at world ocean summit

While ocean health is increasingly on the agenda of nations around the world, many are struggling to fund projects to protect seas and oceans.

"If we don't make sure that we stop the pollution, stop the acidification of our oceans, large countries will have economic problems," said Erna Solberg, prime minister of Norway.

"Short-term interests are in conflict with long-term economic interest for all coastal countries," she said via video link to the three-day World Ocean Summit in the Mexican resort of Playa del Carmen, which ends Friday. Rampant over-fishing, rising temperatures and pollution - particularly trillions of pieces of plastic - are degrading oceans that cover 97 percent of the planet's surface and provide food and livelihoods for billions of people. Urging greater international cooperation, Solberg said she was helping to form a high-level panel of officials from various countries, which she hoped would provide an "economic argument" to support ocean protection. Much of the capital needed would have to come from the private sector, speakers said, as long-term ocean investment often loses out to immediate demands on government budgets, such as poverty reduction or healthcare.

"How do we make the ocean, in a sustainable fashion, a bankable proposition?" asked Jose Maria Figueres, former president of Costa Rica and co-chair of the Ocean Unite conservation group. He noted that the concept of a "green economy" has been increasingly adopted throughout the world.

"We now have to do that with the other side of the coin of climate change, which is the ocean," Figueres said in his presentation. Making fisheries more sustainable, for example, could ensure higher future returns by boosting production. Participants also cited tourism and renewable energy as industries that could generate returns on investment in conservation. Figueres urged an end to the billions he said is spent on fishing subsidies, which benefit only about 15 countries trawling the high seas. And he called on nations to join forces to better monitor protected marine areas. Highlighting the importance of conserving key habitats, Mexico's President Enrique Pena Nieto said 23 percent of his country's marine and coastal areas are now under protection.

"To accomplish the sustainable use of resources, we need to strike a balance between the desire to exploit them with the need of protecting it," he told the summit.;

"This of course means we must have the right incentives and deterrents in place."

Figueres said the world now has "a window of opportunity" to find ways to preserve marine environments while extracting profits sustainably.