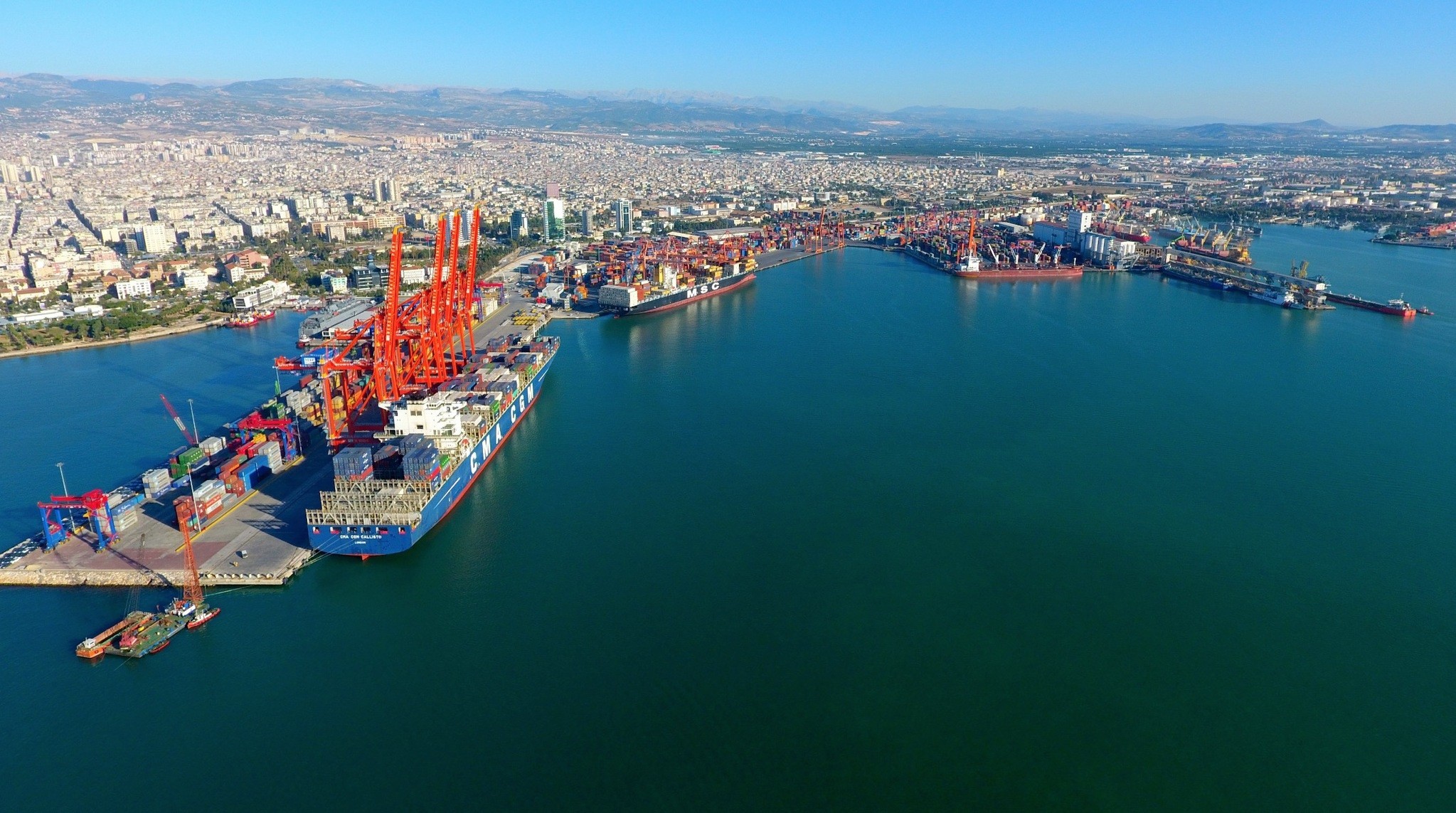 The foreign trade volume between Turkey and countries and blocs the country has signed free trade agreements with has seen an increase of 35.3 percent, reaching $41.6 billion in the past 10 years

Turkey's foreign trade volume with 21 countries and the European Free Trade Association (EFTA) bloc, with which the country has signed free trade agreements (FTAs), jumped 35.3 percent to reach $41.6 billion in the last decade. According to Turkish Statistical Institute (TurkStat) data, while Turkey's foreign trade volume with 17 countries and blocs was on the rise, four countries saw a decline from 2008 to 2017. The volume increased the most with Palestine, up 337.7 percent on a percentage basis to reach $92.4 million in 2017 from $21.1 million, as well as with Serbia at $1.1 billion and Malaysia at $3.4 billion with 117.8 and 112.6 percent, respectively.

Meanwhile, on an amount basis, volume increased the most with South Korea, up by $2.8 billion to $7.2 billion in 2017 from $4.4 billion in 2008. A free trade deal was signed with South Korea in 2013. Turkey's foreign trade volume dropped with Georgia, Tunisia, four EFTA countries - Switzerland, Norway, Iceland and Liechtenstein - and Syria. The free trade deal with Syria was suspended in 2011 due to conflicts in the country. FTAs provide exemption from custom taxes and remove restrictions between contracting party countries.

Turkey has signed 35 FTAs so far, 11 of which were repealed due to the countries' EU accession processes. Three FTAs with Lebanon, Kosovo and Sudan are expected to materialize after the deals are approved.

JORDAN TO SUSPEND FTA WITH TURKEY

Jordan has decided to suspend a free trade agreement (FTA) with Turkey in order to protect its domestic industry, according to Jordan's official news agency Petra.

It released a report yesterday, saying that Jordanian government has decided to suspend the FTA with Turkey, which was introduced in 2011.

The agency also noted that the decision was taken to protect the country's domestic industry due to the adverse effects of the FTA on some industrial sectors and the agriculture sector. They added in the report that the there was an imbalance in the domestic market due to more competitive prices of Turkish products.

In a statement, the Jordanian cabinet said the agreement, which came into effect in 2011, did not produce the desired results and it provided benefits mainly to Turkey.

According to Turkish Exporters Assembly (TİM) figures, Turkey exported goods and products worth $672 million to Jordan in 2017. Turkey's exports soared by 16.3 percent in January compared to the same month last year, reaching around $12.2 billion, according to the TİM. Thus, January of this year was the best third January of all time in terms of export volume.

The head of TİM said in late January the assembly is aiming to surpass the medium-term program's $169 billion export target for 2018. Last year, Turkey recorded the second-highest export volume in the republic's history with $157.1 billion, according to the Ministry of Customs and Trade data.

The export figure was boosted after a record growth performance in three quarters of 2017. The country's economy expanded beyond forecasts in the first quarter by 5.3 percent and in the second quarter by 5.4 percent, according to TurkStat. Turkey became the fastest-growing economy among G-20 countries with its unexpected high 11.1 percent growth in the third quarter of 2017. The cumulative growth in three quarters was recorded at 7.4 percent.

The report added that during the same period, imports also rose by 17.92 percent, hitting $234.2 billion. Accordingly, Turkey's total foreign trade volume accounted for $391.3 billion, up by 14.70 percent January to December 2017. The foreign trade deficit of the country increased annually by 37.5 percent, accounting for $77.06 billion, in the same period. In December, exports saw an 8.59 percent increase and reached $13.8 billion compared to the same period of 2016.