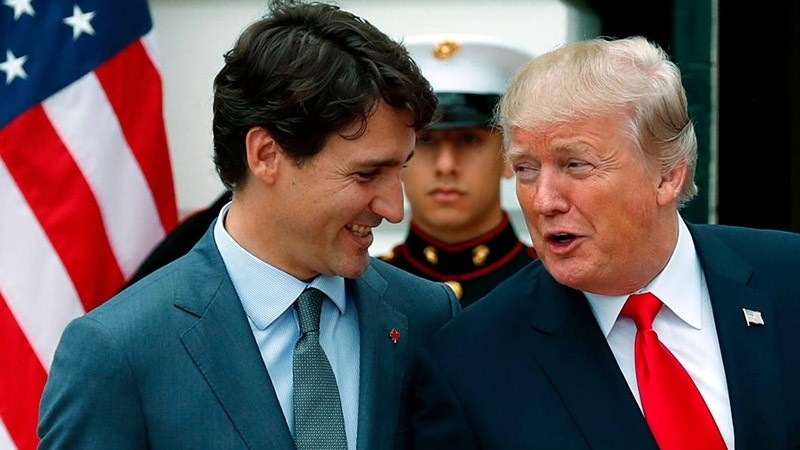 The Republican described the discussion during a fundraising speech in St. Louis on Wednesday.

According to audio obtained by The Washington Post , Trump insisted that the United States runs a trade deficit with Canada.

Trump said Trudeau told him there was no trade deficit. Trump said he replied, "'Wrong, Justin, you do.' I didn't even know. ... I had no idea. I just said, 'You're wrong.'"

Trump claimed the figures don't include timber and energy.