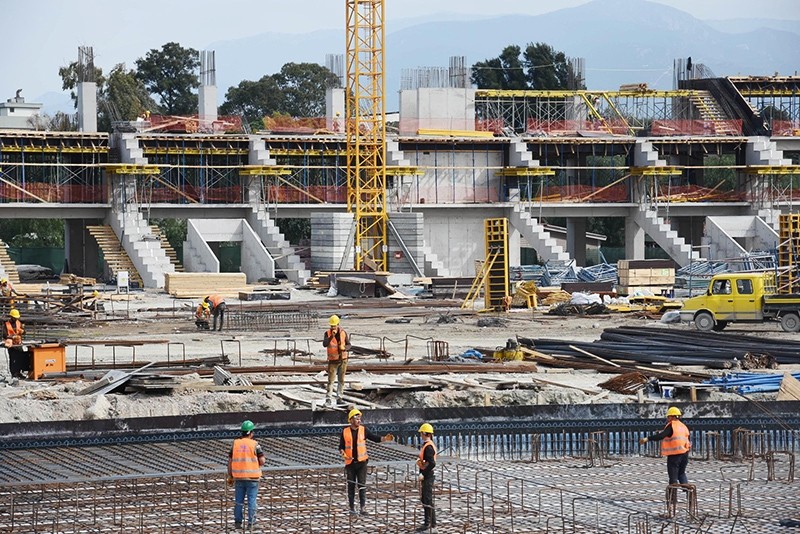 According to TurkStat, the unemployment rate dropped 2.3 percentage points on a yearly basis.

The statistical body said the number of unemployed people aged 15 and over was 3.291 million last December, a fall of 581,000, year-on-year.

"The number of unemployed persons aged 15 and over decreased by 581,000 to 3.29 million in December 2017 in Turkey compared to the same period of the previous year," it said in a statement.

In the same period, the non-agricultural unemployment rate was 12.3 percent, down 2.6 percentage points.

The number of people employed rose by nearly 1.619 million during the same period, bringing the employment rate to 46.9 percent, up 1.8 percentage points on an annual basis, the statement said.

Breaking down employment by sector, 18.3 percent of people were employed in agriculture, 19.5 percent in industry, 7.3 percent in construction and 55 percent in services.

TurkStat added that the labor force participation rate (LFPR) was 52.4 percent, up 0.8 percentage points over the same period in 2016.

The LFPR for men was 71.7 percent, up 0.2 percent, and the rate for women was 33.5 percent, also up 1.3 percentage points compared with the same period the previous year, it said.

The rate of unregistered employment came in at 33.3 percent, up 0.6 percentage points from the same month in 2016, TurkStat added.

He added the situation will likely be seen in the near term future also.

"After the seasonal increase in the first month of 2018, we'll see the unemployment rate at current levels."

He said the moderate decline would "probably" continue in the adjusted data.

But, he added, one could not consider 10.9 percent unemployment rate "as a success in a 7 percent gross domestic product growth environment."

"If the employment increase could be sustained like that and above 5.5 percent GDP growth is achieved, more recovery for the labor market could be expected in the longer term," he said.