US Fed to raise rates with trade tensions on horizon 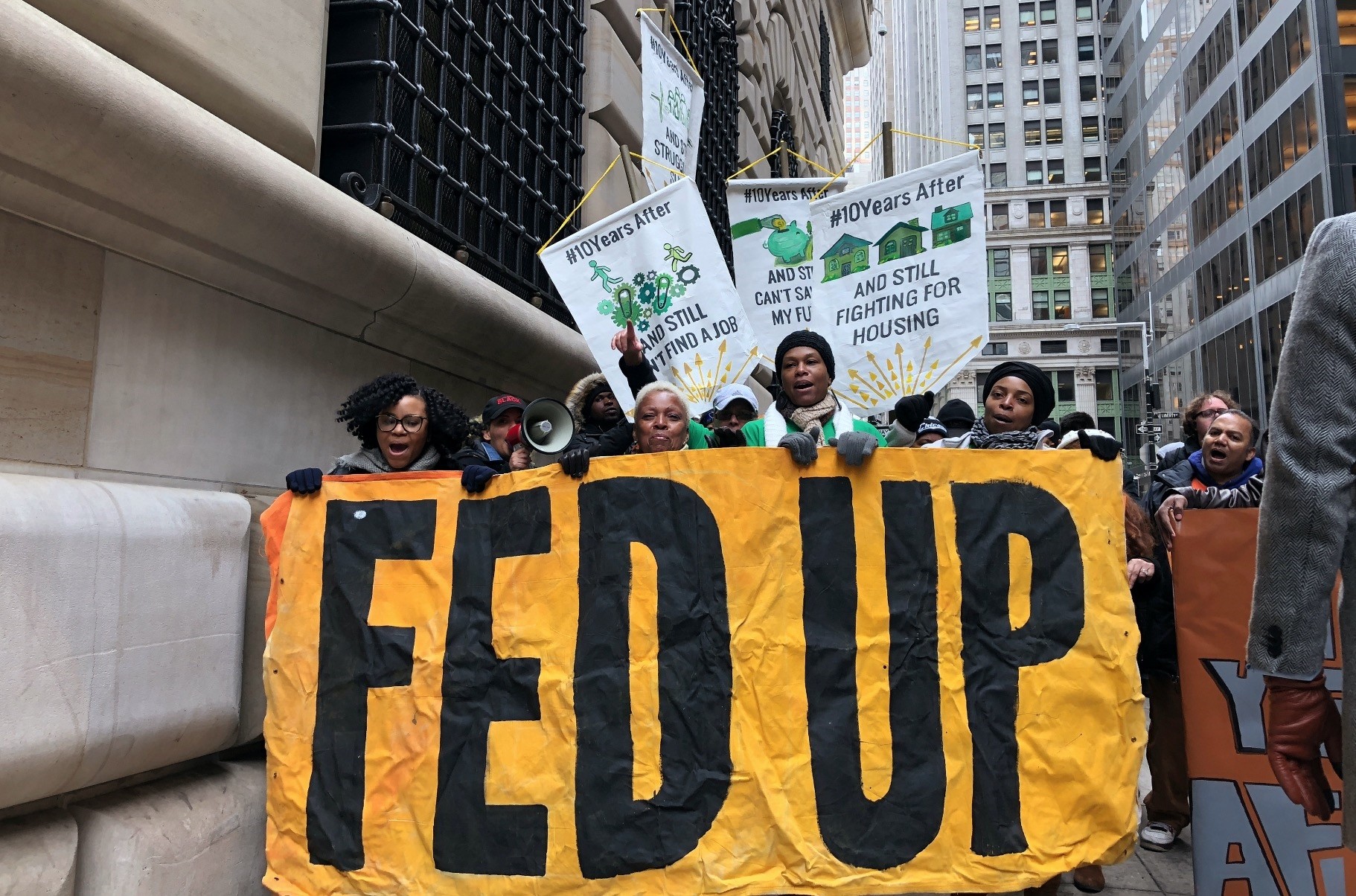 Community and labor activists led by the Fed Up coalition demonstrate and call for the selection of a Federal Reserve Bank of New York president independent from Wall Street, outside the Fed bank, New York.
by Mar 19, 2018 12:00 am

The first rate hike of the year is overwhelmingly predicted by futures markets, analysts and investors alike to come Wednesday at the conclusion of the Fed's two-day policy meeting

The Federal Reserve this week will fire the opening salvo in a series of interest rate hikes this year, hoping to get out in front of an expected pickup in inflation. The first rate hike of the year is overwhelmingly predicted by futures markets, analysts and investors alike to come Wednesday at the conclusion of the Fed's two-day policy meeting. It also will be the first under newly-installed Fed Chairman Jerome Powell. The central bank is preparing to raise the key lending rate as economic conditions converge to put upward pressure on prices, including massive new tax cuts, a weaker dollar and even the threat of a trade war.

Fears the Fed could raise its benchmark interest rate at a faster pace, perhaps as many as four times this year, spooked markets last month, briefly sparking a global stocks selloff in early February. But Fed officials have called for calm, signaling that even the planned steady but gradual monetary policy tightening should not interrupt the momentum of the world's largest economy, which they say has enough slack to allow for continued low unemployment and some wage increases without sparking inflation.

"They're trying to prepare the markets and say, 'Let's not go crazy,'" Joseph Gagnon, a senior fellow at the Peterson Institute for International Economics, told AFP. But like other economists he now expects four hikes this year rather than three.

"I predict they will have to. It's not a bad thing. It's a good thing."

Fed officials also will update their quarterly forecasts for the economy and the path of interest rates this week. With stocks on edge last month, Powell told lawmakers his outlook for the US economy had "strengthened since December."

Since the Fed's last policy meeting in January, economic data have been somewhat mixed, weighing on expectations for GDP growth in the first quarter: the trade deficit continues to widen, retail and auto sales as well as the housing market have been weaker, durable goods orders have undershot expectations and construction spending has been soft.

Job creation also exploded in February, one of the best months of the current economic recovery, with 313,000 new positions added while unemployment remains at a historically-low 4.1 percent. Meanwhile, inflation, the Fed's other primary concern, looks as though it may at last emerge from years in the doldrums. Recent inflation measures have fallen short of the Fed's two percent target but over the past six months, the Consumer Price Index has averaged gains of 2.5 percent - a good predictor that it will soon be heading north, Gagnon said.

In addition to strong job markets and low unemployment, the United States now faces an expected short-term boost to growth from the recent $1.5 trillion tax cuts, which comes at a rare moment when all the world's major economies are growing simultaneously. At the same time oil prices are recovering, while the U.S. dollar is falling - losing 10 percent in value over the last year - making imports more expensive. But one wildcard in any Fed forecast, economists say: President Donald Trump. Trump is poised to reshape the Fed's board of governors, where four vacancies remain, giving him the potential to influence monetary policy for years to come. He also stokes fears of a trade war on an almost daily basis, most recently announcing punishing tariffs on steel and aluminum.