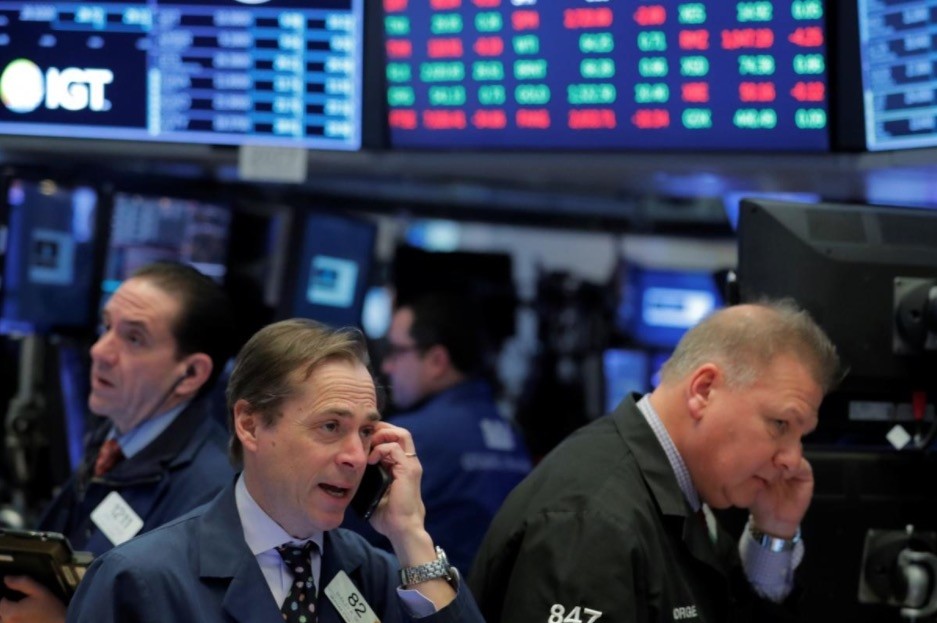 The U.S. dollar slid against major currencies, bond yields slipped, and stocks were mostly steady on Wednesday after the Federal Reserve raised its policy interest rate, and noted economic growth was strengthening, but left markets expecting only three rate rises this year.

The U.S. central bank as expected raised its policy rate to 1.50-1.75 percent, but disappointed currency traders who had bet it was prepared to raise rates four times this year as the jobs market approaches full employment.

The U.S. dollar saw its largest one-day loss in two months against major currencies. The U.S. dollar index, which tracks the greenback versus a basket of six currencies, fell 0.693 points or 0.77 percent, to 89.678, its steepest one-day drop since Jan. 24 when it fell 1.0 percent.

"It looks like a bit of a letdown even though the Fed's overall outlook is hawkish because their economic outlook has strengthened," said Minh Trang, senior foreign currency trader at Silicon Valley Bank in Santa Clara, California. "That's why we are seeing a bit of a disappointment on the dollar side."

U.S. Treasury yields ended slightly lower as Fed policymakers signaled that only three rate hikes may be needed this year, and not the four increases many had expected.

There was "no change to 2018 and I think that's why you have such a muted reaction," said Aaron Kohli, an interest rate strategist at BMO Capital Markets in New York.

Two-year note yields, which are highly sensitive to interest rate policy, jumped as high as 2.366 percent, the highest since September 2008, before falling back to 2.308 percent.

Benchmark 10-year note yields increased to 2.936 percent, the highest since March 12, before retracing to 2.894 percent.

U.S. stocks ended slightly lower, with major indexes giving up gains in choppy trade in the wake of the Fed statement, while a rise in oil prices helped energy stocks.

"That's a Fed that really feels good about the economy, not only this year but into next year," said Jim Paulsen, Chief Investment Strategist at The Leuthold Group in Minneapolis.

"The initial response by equities was to go up because of the confidence the Fed seems to have in the economy. But with bond yields going up in anticipation of more hikes ..., that kind of scared the stock market again."

Concerns over the imposition of U.S. trade tariffs on metals and against China continue to weigh on financial markets.

"So far, we have seen low-level (trade) skirmishes, which are not material enough to affect the world economy. But if we see retaliation, and significant trade disruptions, it's a different order of magnitude (which) could begin to affect global growth forecasts," said Andrew Milligan, head of global strategy at Aberdeen Standard Investments.

World markets had traded lower earlier after the Wall Street Journal reported that China was planning counter-measures against U.S. trade tariffs. European shares fell and investors scurried for the safety of German government bonds and the Japanese yen.

A pan-European equity index was off 0.2 percent after the WSJ report on China.

Shares of Facebook Inc edged 0.7 percent higher after two days of steep losses that had wiped some $50 billion off the value of shares of the social media company.

Those declines, caused by controversy over the alleged misuse of user data, filtered through the tech sector, with technology companies in the benchmark S&P 500 index down 2.0 percent for the week to date.

Fears of a trade war have also weighed on commodity prices, though tensions in the Middle East supported oil prices on Wednesday.

The fall in the U.S. dollar after the Fed statement also helped to push gold prices up from a three week low.