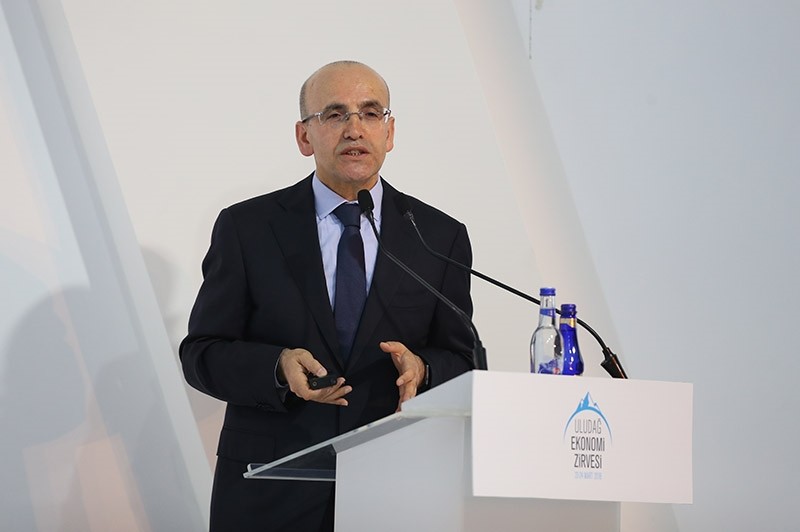 Turkey is working to rein in double-digit inflation, which is mostly driven by the lira's weakness, Deputy Prime Minister Mehmet Şimşek said Friday.

Speaking at the 7th Uludağ Economy Summit in northwestern Bursa province, Şimşek said one of the biggest problems Turkey is currently facing is inflation which is fueled by the Turkish lira's weakness against global currencies.

"We're making strong efforts to bring inflation back down to single digits," he said, pointing out that high inflation and a weak lira was also offsetting this dependent on economic, political developments.

"The foreign exchange debts of the real sector are also the problem here," the minister said, quoting former U.S. President John F Kennedy: "The time to repair the roof is when the sun is shining."

Even though interest rates are relatively low, and the economy is growing, Şimşek warned that it could soon rain, reassuring the public that Turkey would take necessary measures.

Şimşek added that they predict a 5.5% growth for the economy this year.

The deputy prime minister underlined that the biggest risk facing the world economy is protectionism, which caused the Great Depression in 1929 and afterwards World War II.

"There are some misguided policies leading people to ask if we're on the verge of some kind of trade war," he said.

"Millions of people came out of poverty and found better health and education opportunities. Global average life expectancy rose," he said, adding that liberality is key for global economic growth.

Saying the world economy was in good shape in the short-term he warned that there are some uncertainties in the medium-term and huge risks in the long-term.

All countries around the world are growing but usually such synchronized growth does not last long, he added.

"Synchronized growth periods lead to rises in oil prices, inflationary pressures, and tightening monetary policies, which are the largest risks in the short-term," Şimşek said.

Highlighting that structural reforms are the way out for global risks, Şimşek said advanced and emerging countries are not introducing enough reforms.

Şimşek added that investments are stable worldwide so productivity is not rising.

"There cannot be permanent prosperity in a world which does not have rising productivity. There is a downward trend in global productivity," he said.

The two-day summit, organized by the Capital and Ekonomist magazines, is being attended by nearly 1,200 businesspeople from around the world.