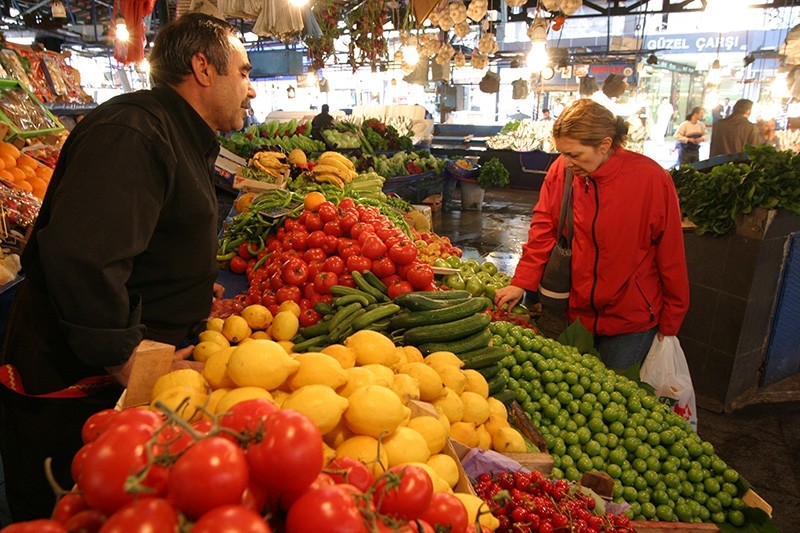 The March figure was down from 10.26 percent in February, according to the data.

The highest annual increase was seen in furnishing and household equipment, up 15.41 percent, and in transportation, up 13.41 percent.

On Friday, Anadolu Agency Finance Desk's survey of 18 economists predicted an annual inflation of 10.19 percent for March and an average 0.95 percent monthly increase in consumer prices.

The data revealed that food and non-alcoholic beverages, and health posted the highest monthly rise with 2.03 percent and 1.90 percent, respectively.

Commenting on the figures, economist Bora Tamer Yılmaz told Anadolu Agency on Tuesday that inertia exerted its presence on the Turkish inflation rate.

"Although inflation improved from 13 percent at the beginning of the year to 10.2 percent at the end of the first quarter, the magnitude of the dis-inflation proved shallower than expected," Yılmaz said.

He added that depreciation of the currency made it harder to stabilize the inflation rate to single digits.

"After the initial dis-inflationary wave, all inflation metrics still read in double digit territory and expectations hover at elevated levels. Central Bank will continue sticking to her tight monetary stance decisively unless a marked improvement appears in expectations," he said.

Yılmaz added contingent on another dis-inflationary wave in the last quarter of the year, the Turkish inflation rate may close the year in single digits and inflation will pose a flat trend going forward in the second and third quarters of 2018.

"Although there was a slight decline in year-on-year inflation due to the positive base effect, the figure is still significantly above Central Bank's expectation of 7.9 percent for 2018.

"Core CPI indicators remained at high levels but decreased from 11.94 percent to 11.44 percent on a yearly basis," Gürcan told Anadolu Agency, noting that the downward trend of the core indicators gave a positive signal for both the short and mid-term inflation.

He added that the limited improvement of the consumer price index could continue for a few months.

"We expect the consumer price index will be mostly at low double-digit levels until Q4 2018, then to drop to the single digits," he said.

"We keep our estimate between 8.8 percent and 9.2 percent at the end of this year."