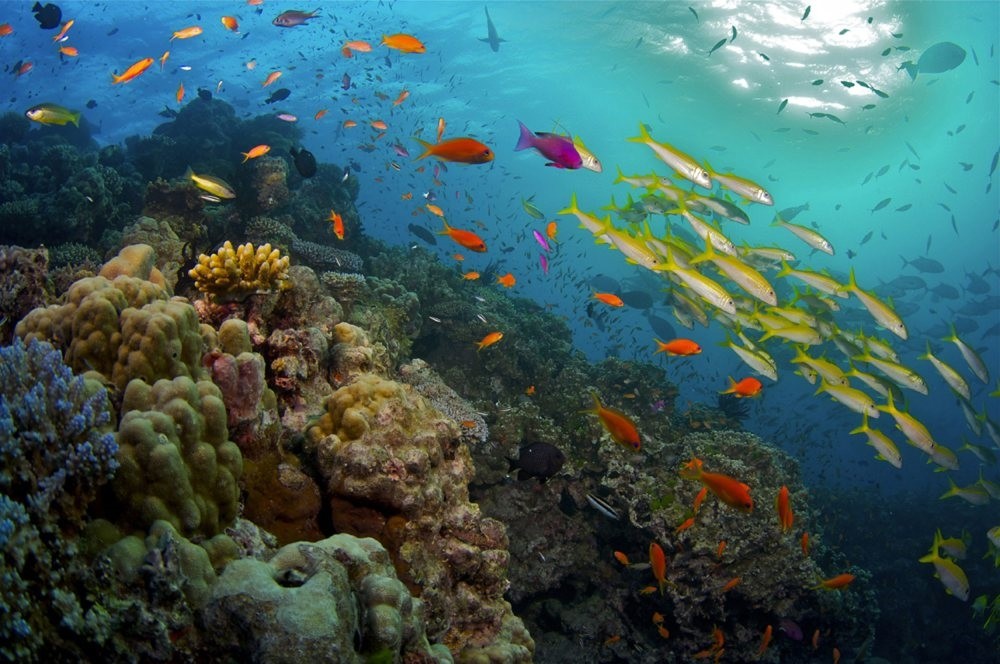 Prince Charles has called for a "blue economy" to promote the sustainable use of ocean resources and save Australia's Great Barrier Reef, as he visits the World Heritage-listed ecosystem Friday. The 2,300-kilometer (1,429-mile) long biodiverse site off the Queensland state coast is reeling from significant coral bleaching due to warming sea temperatures linked to climate change. The world's largest living structure is also under pressure from farming runoff, development and predatory crown-of-thorns starfish, with experts warning it could be suffering irreparable damage.

Britain's heir to the throne said society was "truly at a crossroads" in its ability to protect the world's reefs.

"This will need to be a central aspect of the rapidly emerging concept of a sustainable 'blue economy', through which sustainable economic development is achieved via the wise use of ocean resources," he told the Australian Financial Review in a rare interview.

"Within the blue economy it would be helpful to think of coral reef ecosystems as natural capital assets, assets that require the kind of prudent and wise management that will yield dividends long into the future."

The prince said investment in projects promoting coral reef health and their resilience against global and ocean warming were needed. But he admitted it was "no simple matter" and would require widespread support including from the private sector. Prince Charles is visiting Lady Elliot Island, a coral cay at the southern tip of the Barrier Reef, for a roundtable discussion with business leaders on the role they can play in conservation. His visit has prompted AU$10 million ($7.7 million) in donations for conservation efforts, with Australian property giant Lendlease donating AU$5 million and Canberra matching the amount.

Other companies involved in the roundtable include mining giant BHP, airline Qantas, aerospace titan Boeing and the Walt Disney Company. Coral reefs make up less than one percent of Earth's marine environment, but are home to an estimated 25 percent of ocean life, acting as nurseries for many species of fish. Prince Charles added in the interview that it was crucially important that world transitions to a low-carbon economy "which more closely mirrors nature's own economy where nothing is wasted."

"Whatever the case, we must act before it is to late," he said.