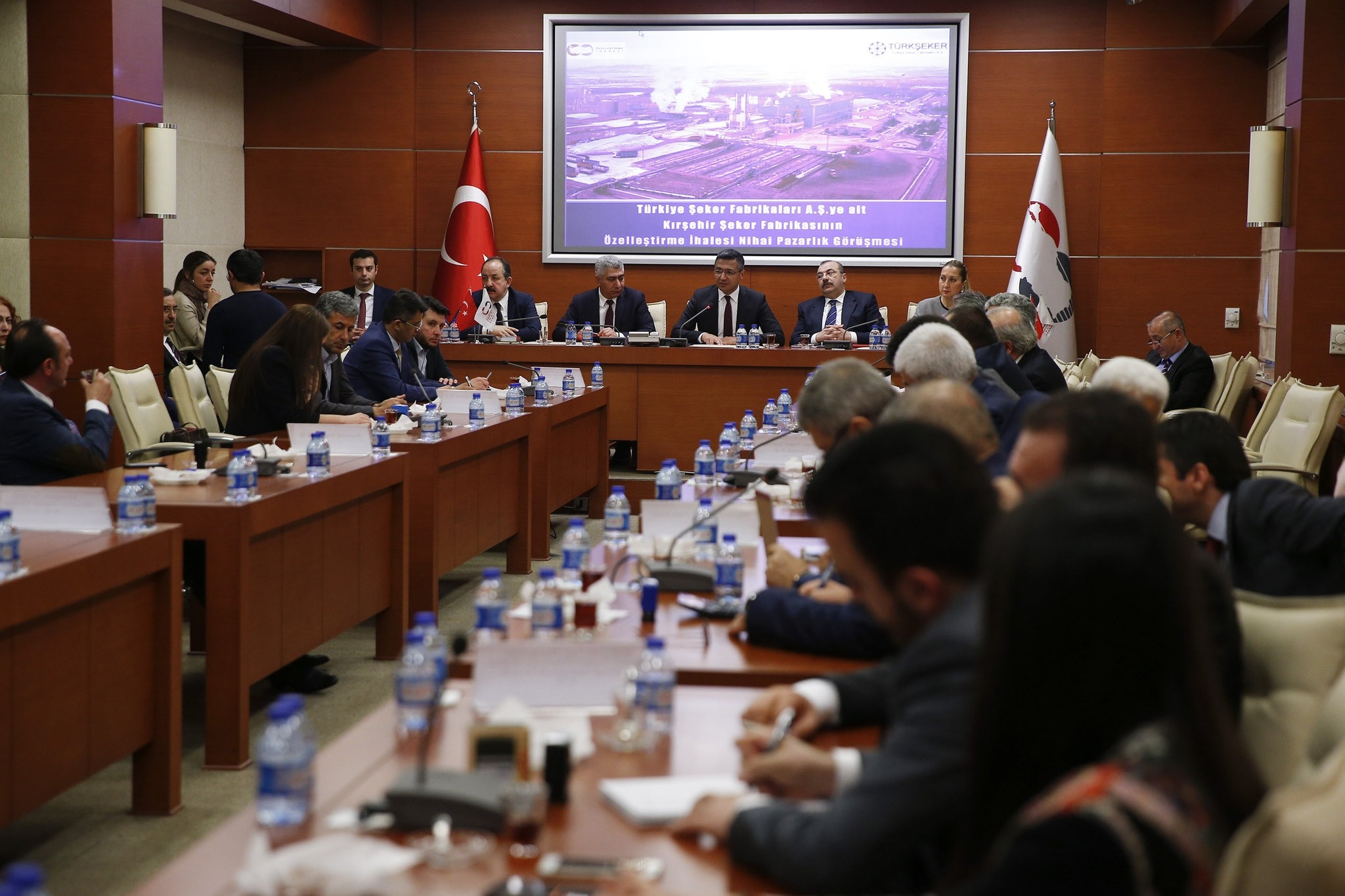 Yozgat and Çorum, the two factories of Turkish Sugar Refineries Corporation (Türkşeker), were up for auction.

The auction for Yozgat Sugar Factory started from TL 244 million ($60.2 million) and received bids up to TL 275 million ($67.9 million) from Doğuş Food and Beverage.

The auctions took place within the scope of a controversial privatization motion in 2000.