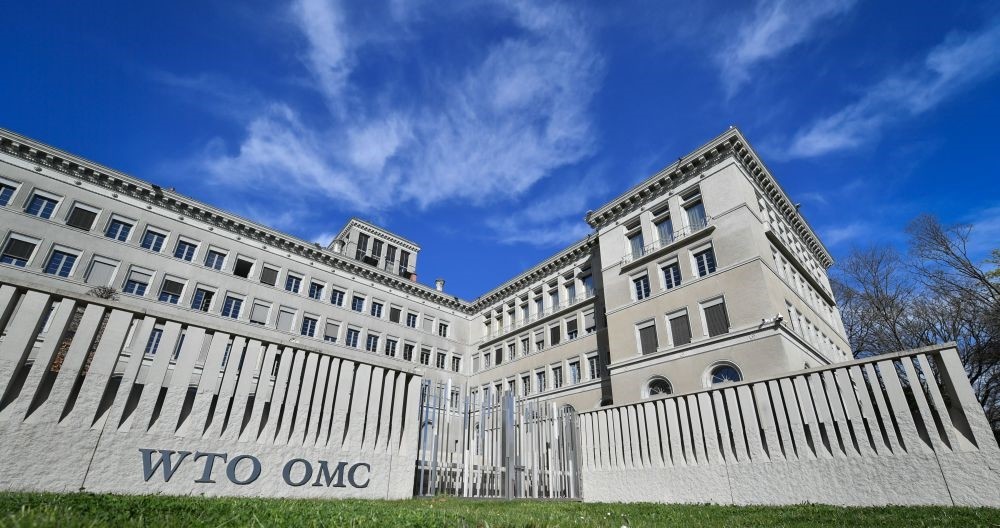 World trade in goods is maintaining a robust recovery, but it still might falter if trade tensions escalate further, the World Trade Organization said in its annual forecast yesterday.

Trade in goods will grow 4.4 percent this year after a decade averaging 3.0 percent a year following the financial crisis. Last year it grew 4.7 percent - much higher than the 3.6 percent forecast in September - and a further 4.0 percent rise is expected in 2019, the WTO said.

"However, this important progress could be quickly undermined if governments resort to restrictive trade policies, especially in a tit-for-tat process that could lead to an unmanageable escalation," WTO Director-General Roberto Azevedo said in a statement. "A cycle of retaliation is the last thing the world economy needs."

The United States and China have threatened each other with tens of billions of dollars' worth of tariffs in recent weeks, leading to worries that Washington and Beijing may engage in an all-out trade war.

The WTO's 2018 forecast puts world trade growth at the top end of previous expectations, since the organization said last September that it expected 2018 growth of 1.4 to 4.4 percent, most likely around 3.2 percent.

The latest forecast raises that to 3.1 to 5.5 percent based on current GDP forecasts, but "a continued escalation of trade restrictive policies could lead to a significantly lower figure," the WTO said.

"These forecasts do not, and I repeat, they do not factor in the possibility of a dramatic escalation of trade restrictions," Azevedo told a news conference.

"It is not possible to accurately map out the effects of a major escalation, but clearly they could be serious," he said. "Poorer countries would stand to lose the most."

New trade restrictions could trigger cycles of retaliation that weigh on global trade and output, but disruption could equally come from central banks raising interest rates rapidly or from geopolitical tensions, it said.

Cyberattacks were a further risk, with potentially even greater impact on trade in services than trade in goods. Trade in commercial services grew by 7.4 percent in 2017, after two years of weak or negative growth, the WTO said.

Last year's growth in goods trade was led by Asia, by investment spending and by higher commodity prices. China's rebalancing away from investment and towards consumption could mean it imports fewer capital goods, putting a drag on world trade growth.

Steel and aluminum were the targets of one of U.S. President Donald Trump's three big tariff announcements this year, each more controversial than the one before.

The steel and aluminum tariffs, justified on national security grounds, came soon after a restriction on imports of solar panels and washing machines. They preceded a huge package of tariffs that Trump has proposed to punish China for its alleged theft of U.S. intellectual property.

China's commerce ministry said on Thursday that Washington's attempts at dialogue were not sincere and vowed to retaliate should Trump escalate further.