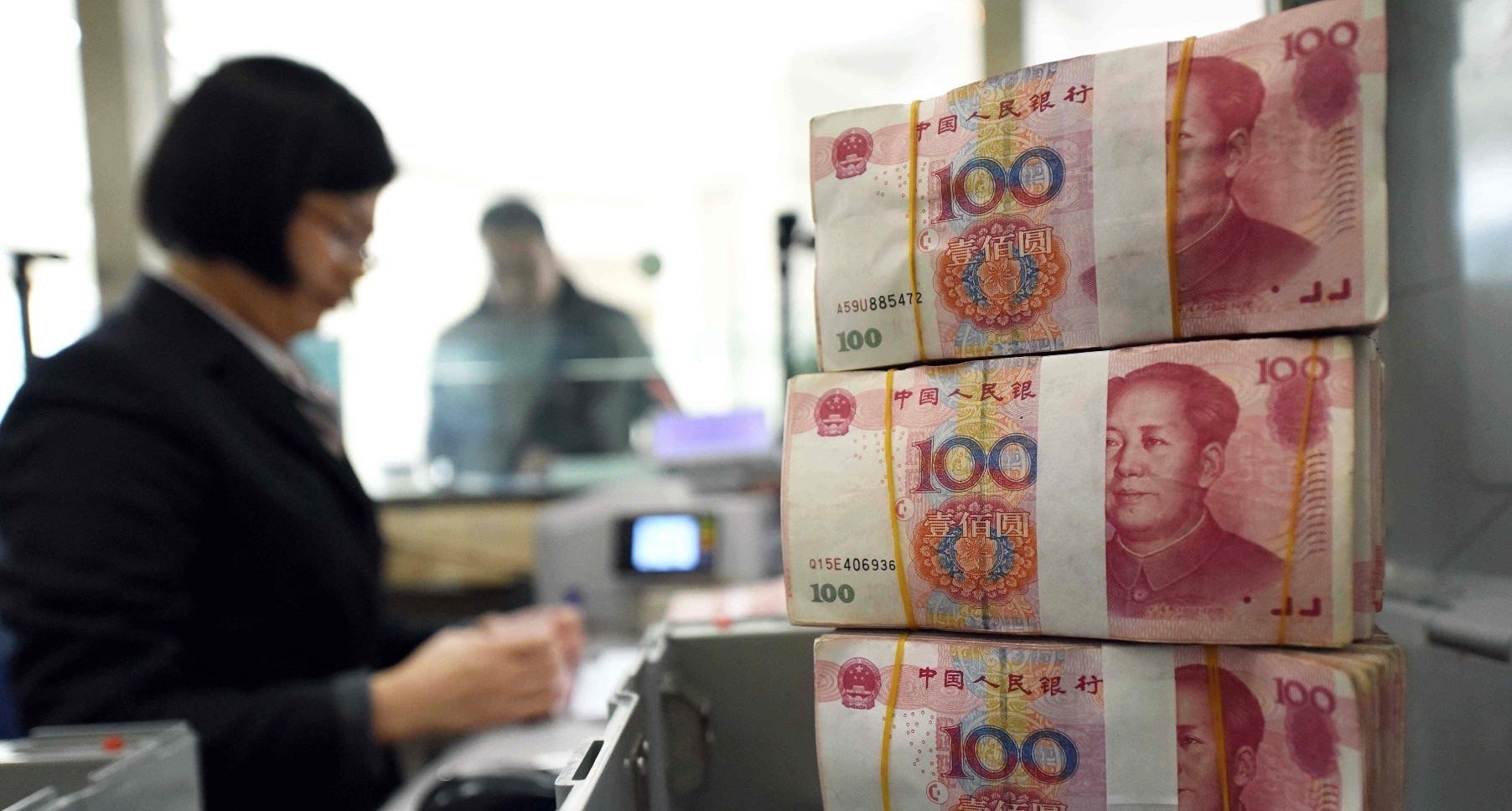 China's economy slowed slightly in the first quarter as the government battles debt and financial risk, with US trade frictions threatening to further hobble growth, analysts surveyed by AFP said. The world's second largest economy is expected to have grown 6.7 percent in the January to March period, down from 6.8 percent in the fourth quarter of last year, according to the poll of 13 economists ahead of the release of official figures on Tuesday. Analysts link the deceleration to Beijing's efforts to rein in the country's massive debt pile and financial hazards, as well as a slowing property market. Fears of a trade war with the U.S. have also roiled markets in recent weeks, with Washington and Beijing exchanging warnings of tit-for-tat tariffs on a significant portion of their bilateral trade.

But the tensions - stoked by U.S. President Donald Trump's threat last week to target an additional $100 billion in Chinese goods - have yet to cause real harm to the economy, analysts say.

"The trade tension has not impacted on GDP growth yet ... and the trade data is still robust," said Ligang Liu, chief China economist at Citibank.

"If the tensions continue, China's trade competitiveness may be undermined, weighing on GDP growth," Liu added. Trade data released by Beijing on Friday reinforced that message with China's trade surplus with the U.S. surging by a fifth in the first three months of the year. There are also signs economic growth could come in above the 6.7 percent forecast by AFP's survey. The figure is above the government's official target of around 6.5 percent for 2018.

"China will release its economic quarterly data which are even better than expected, that shows a good sign for this year," central bank chief Yi Gang said Thursday.

President Xi Jinping this week struck a conciliatory note on trade, promising to cut tariffs on cars - a key point of U.S. anger - and other imports, as well as further open up the economy, which drew a warm response from Trump. But China's commerce ministry later reiterated that no negotiations were underway between the two capitals as Washington had not shown enough "sincerity". Trump, however, said "we're having some great discussions", though he showed no sign of backing down on his threat to impose tariffs on a total $150 billion worth of Chinese goods. The threatened levies would dent economic growth on both sides of the Pacific, analysts say.

"The implications of such a wide-ranging tariff war would be significant," wrote economists at Fitch Ratings in a report, adding that gross domestic product in both countries could be pulled down by two percentage points over two years. Only $3 billion in goods have been hit with tariffs in the escalating spat so far, with the U.S. targeting steel and aluminium while China takes aim at pork, wine and other American products. Along with exports, debt-fuelled investment has driven China's economy over the last decade - but with fears growing over a possible credit crisis, officials in Beijing are stepping up their battle against debt and financial risk.